How the business world changed in 2021 … “When day comes, we ask ourselves where can we find light in this never-ending shade?” 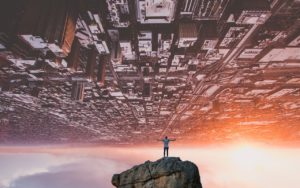 While Covid-19 raged across the globe, and our physical lives were stagnated, it was a year of changing attitudes and agendas, and of rapid adoption of new technologies.

In the very first week of 2021, the first Covid vaccinations were given to the public, having taken only 5% of the time to develop compared to previous vaccines; supporters of Donald Trump stormed the US Capitol while Twitter banned the defeated president for “incitement of insurrection”; North Korea’s Kim Jong-un admitted that his 5-year plan had failed;  and Storm Filomena hit Spain with a year of snow falling on Madrid in 24 hours.

The year continued at pace.

Here are my personal anecdotes of a year when “more change in the next 10 years than the last 250 years” seemed entirely reasonable:

April 2021: Sustainability is the new cool

May 2021: Future proof your business

October 2021: Welcome to the metaverse

Quite a year. After that crazy first week, the pace kept accelerating. Change is driven by technology – we haven’t even touched on quantum computing or Web3 – but it is more driven by changing human attitudes and behaviours – what matters most, to us, and our business, and our worlds.

Some of the other keynotes and consulting projects this year have sparked new thinking. Hosting the European Business Forum, I worked with Orsted and Schneider, the world top two most sustainable companies in 2021, learning from their strategies and business models. Hosting the Future Book Forum, I interviewed Andy Hunter, founder of Bookshop.org, an antidote to Amazon.

Inspiration is all around us, from local start-ups to innovators in every part of the world.

Latin America, for example, is becoming a hotbed for innovations, which I explored at Adlatina’s CMO Forum – from Brazil’s Nubank for the unbanked to Argentina’s Mercado Libre retailer, Chile’s plant-based NotCo and Colombia’s Rappi superapp. In the Middle East I found the same, in Asia I found the same. Ambition and ideas shaping a rapidly emerging future.