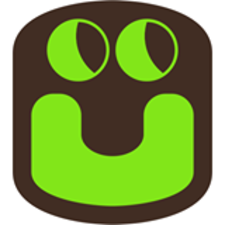 68% of milk in India is adulterated with water, detergent powder or worse products. Supr "direct to home connect" removes all middle men involved thereby ensuring that the milk your family drinks is not tampered. Milk, bread, eggs, curd, paneer, coconut water, dosa batter, buttermilk and many more daily needs. Many customers plan their entire week the the online schedule, easily setting all your daily needs on auto pilot.

India’s existing milk delivery system is haphazardly organized and has issues around quality. Government reports suggest that as much as 68% of milk is ‘tainted.’ Typically, delivery people, whose job is extra to their daytime employment, will water their milk down in order to make greater income from their lot. Reports also suggest that to mask coloration and make their milk appear pure, they also add a range of things including detergent, caustic soda, glucose, white paint and refined oil. Now, Supr Daily is a Mumbai based startup that has digitised milk delivery.

Supr Daily delivers fresh milk to customers directly from farms, with zero additives. It works using a mobile app and WhatsApp account, making communicating with the milkman easier. There is even a vacation setting. The company also offers some everyday goods like bread, eggs, butter and coconut milk for the convenience of their customers. Currently available in 15 neighborhoods in Mumbai, Supr Daily has completed more than 500,000 deliveries over the last year.

CEO and founder, Puneet Kumar, reports that 90% of customers are repeat purchasers and it’s not hard to see why. The startup has reduced the price of delivery with many saving as much as 30-40% on purchases, and the quality of milk is significantly better because Supr Daily works directly with milk farms. The company plans to cover the entire city before the end of 2017, moving on to other tier-one cities in India after that. Milk delivery is ubiquitous across homes and offices in Indian cities, with the market worth an estimated USD 13 billion.

TechCrunch recently added to the story, with this extract:

Getting product lock-in is key in the world of startups. Your app, service or products needs a hook that brings your users back time and time again. How about a startup that hangs its hook on daily milk deliveries?

Supr Daily is that startup. Its is currently taking part in the latest program at Y Combinator, from where CEO Puneet Kumar explained more about what the Mumbai-based startup does.

The prime mission, Kumar said, is to digitize India’s existing milk delivery system, which is not only haphazardly organized but also has issues around quality. Government reports suggest that as much as 68 percent of milk is ‘tainted.’ Typically, delivery people — whose job is extra to their daytime employment — will water their milk down in order to get more bags (and income) for their lot. To mask coloration and make their milk appear pure, they’ll add a range of things including detergent, caustic soda, glucose, white paint and refined oil, according to a Times Internet report.

There are test kits to measure the purity of delivered milk, but Kumar and his team believe in being proactive. Their direct model delivers fresh milk to customers from farms with zero additives.

That’s the primary benefit for customers, but the service — which uses mobile apps and a WhatsApp account for orders — is also more organized than communicating with your milkman via notes on your door (if you are away or need more/less than usual).

“There’s no software in this market, leaving consumers to try calling their milkman if they need to change their order,” Kumar said.

Further, it also offers some every day goods like bread, eggs, butter and coconut milk to help keep households organized without requiring regular trips to the shops.

Supr Daily is currently available in 15 neighborhoods in Mumbai, and it completed more than 500,000 deliveries over the last year. Milk makes up 90 percent of its revenue right now, and Kumar said that 90 percent of customers are repeat purchasers.

More convenient and healthy — you’d assume there’s a cost to pay. But Kumar said Supr Daily has reduced the price of delivery to $0.03-$0.04 per delivery on its service, down from a roughly $0.05 standard that people are accustomed to paying for more traditional delivery. That’s because it is able to plan its routes, work directly with milk farms and generally manage the process infinite times more efficiently than past times.

The company currently covers around 15 percent of Mumbai, according to Kumar’s estimates, and he hopes to expand neighborhood by neighborhood to cover the entire city before the end of 2017. After that, and once the economics of the model are proven, Supr Daily will look to other tier-one cities in India.

Milk is a low cost item, but delivery is near ubiquitous across homes and offices in Indian cities that there is quite a market at scale. Kumar, who started Supr Daily with fellow IIT Bombay graduate Shreyas Nagdawane, said he believes the market in India’s top ten cities is $13 billion, with Bombay alone accounting for around $1.5 billion.

“We have been conscious [with the business so far] and want to get the blueprint right first before we expand,” he said. “We know and have pretty good confidence in it.” 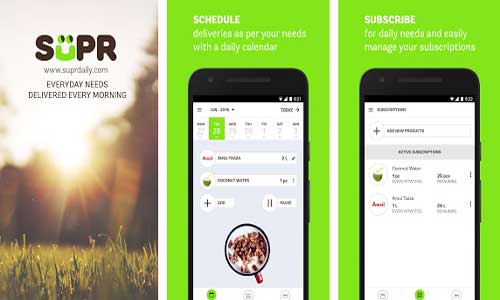 As a daily consumable, milk has been a target for other companies but Kumar said he is confident that the ‘milk-first’ approach helps Supr Daily stand out.

“Grocery startups are using milk as an acquisition channel, but their strategy is that they lose on milk and try to win on groceries,” he explained. “We’ve taken a supply chain approach.”

Reflecting on his time in the U.S. at YC, Kumar said the experience has been hugely valuable.

“YC has seen so many companies that advisors are on the dot almost all the time,” he said. “People are genuinely interested in knowing about original problems In india.”

Supr Daily raised a seed funding round from a collection of angel investors in India in December. The founders of e-commerce giant Snapdeal — Kunal Bahl and Rohit Bansal — also made a previous investment.