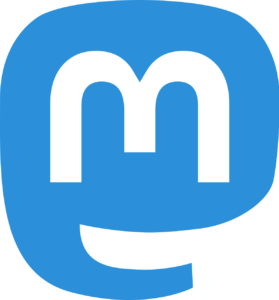 NOT THE FUCKING SOCIAL NETWORK  @Mastodon
RT @corihealey:Ran into your mom at the aquarium https://t.co/L76dW8UQnX
reply retweet favorite

NOT THE FUCKING SOCIAL NETWORK  @Mastodon
RT @realDonaldTrump:Robert Pattinson should not take back Kristen Stewart. She cheated on him like a dog & will do it again--just watch. He can do much better!
reply retweet favorite

Mastodon is a free, open-source social network server where users can follow friends and discover new ones. Unlike other platforms such as Twitter, Mastodon is a distributed network, where all Mastodon servers are interoperable as a federated network. It was created by Eugen Rochko, a 29 year old Russian-born German based in Jena, in October 2016.

Mastodon is free and open-source software for running self-hosted social networking services. It has microblogging features similar to Twitter, which are offered by a large number of independently run nodes, known as “instances”, also called a server, each with its own code of conduct, terms of service, privacy options, and moderation policies.

Users join a specific instance, rather than the overall platform. They can then connect across other instances, which link together as a federated social network, allowing users on different instance to interact with each other. This seeks to give users the flexibility to select a node whose policies they prefer, but keep access to a larger social network.

Mastodon is also part of the “Fediverse” ensemble of server platforms, which use shared protocols allowing users to also interact with users on other compatible platforms, such as PeerTube and Friendica.

Mastodon has been distinguished from Twitter for its decentralised, independent approach which uses community-based moderation, in which each server can limit, or filter out undesirable types of content. It believes this enables it to better address issues such as combating harassment.

When Elon Musk acquired Twitter, there was a huge migration of users to Mastodon, over 1 million in the first week.