GE’s Ideas are Scary … B2B marketing is just as creative, and emotionally engaging, as B2C marketing 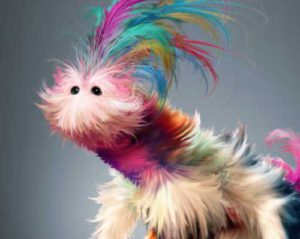 B2C and B2B marketing were once easily distinguishable from one another.

Consumer marketing was highly polished, it looked great – it was about people, emotions, big ideas, aspirations, futures, it built engagement, desire, preference and drove intuitive actions – even if you didn’t need one, you wanted one now. Through retail channels, or direct to consumer, you were quickly immersed in a branded experience, seduced to buy, or even be part of a community – the in crowd. It had enormous reach, and could spread across mass markets, albeit as average propositions to average people.

Business marketing was clunky, awkward. It was largely transactional, it focused on logic – most often the logic of the product, its features, its dimensions, its applications – and its price. No wonder it was quickly commoditised. If you didn’t actually need one, you’d never even start to be engaged. But at the same time it had sales people, key account managers, who were human, and could have real, human, one to one relationships in a way that the CRM systems and social media of consumer world only dreamed of.

Now we are see a convergence of B2B and B2C. Business people are human, of course – and also consumers – and their professional expectations are shaped by their consumer experiences. On the other hand, consumers are now doing what they once paid businesses to do: booking their own travel, producing their own collateral and checking out their own groceries. Indeed, this recombination of consumer and business realms is one of the defining memes of the current era, as evidenced in the explosion of start-ups, crowd-sourced micro-businesses and artisanal culinary culture.

While often overshadowed by consumer campaigns, B2B marketing can be just as creative, powerful and engaging:

GE Ideas are Scary says, “we are you and we know the value of an idea.” It’s about people, life and work, not the products GE sells. GE demonstrates citizenship, and creates kinship with viewers with a human touch that crosses platforms. In addition to being seen by millions of people on TV, the spot has taken on a second life online, with more than half a million YouTube shares and countless social media mentions.

A supercomputer that can analyse the depth and complexity of Bob Dylan’s lyrics. No, it’s not science fiction. It’s IBM Watson. With the launch of its ‘Cognitive Business’ brand platform, IBM is humanises its technology and makes it both relevant and even fun.

It’s not just about how fast Watson thinks, or how much information it can make sense of. It’s about how Watson empowers customers to ‘outthink’ their biggest challenges – everything from cyber-attacks to university attrition rates, from weather to cancer. I love the spirit of the language and, again, the humanity of the content. Years ago, it was Apple telling people to ‘think different’ like Dylan. Now the musical icon is outthinking with IBM.

There are lots of ways to say that Volvo Trucks are tough in an ad, but it’s far more difficult to actually show it in an unexpectedly disruptive way. With ‘Sophie’ the goal was to demonstrate the sturdiness and mobility of the Volvo FMX. A sound strategy, but done so in the most compelling, unexpected, delightful way. ’Sophie’ documents a young British schoolgirl who operates a Volvo FMX through an obstacle course via remote control. Surviving the head-on demolition of a house and nearly flipping the truck over an embankment, Sophie clearly enjoys herself and successfully maneuvers the course. A schoolgirl selling the Volvo FMX Truck? On strategy, on message, on point, but done in a most courageous and unexpected way that delights the consumer base.

GE’s recent advertising has been a great example of how business brands can reach beyond their core audience to show how they affect everyone’s lives. But my favourite recent example has been Adobe’s Launch ad for their Marketing Cloud offering. Another great one in the series from Goodby, Silverstein & Partners, it builds on Click Baby Click and Woo Woo?, using comedy to poke fun at some oh-so-familiar marketing pain points. Do you know what your marketing is doing? It would be hard to find an industry that offers up more ripe material for lampooning than the world of marketing. But, let’s not hold that against GS&P. This campaign nails the paralysing fear, doubt, and confusion that engulf those women and men who invest massive amounts of company money in hopes of moving the proverbial needle. And, when it comes to understanding and using the tsunami of current data, who couldn’t use a little help?

GE: What’s the matter with Owen?

GE has done an amazing job of transforming itself into what it terms a ‘digital industrial’ company. Or ‘big iron and big data’ under one roof. Key to its success is the very clever use of integrated content and use of social media, where it has created a very human, and often playful persona. Its recent recruitment campaign titled ‘What’s the Matter With Owen?’ is designed to help reposition themselves and tackle head-on perceptions of them as purely an industrial company. The ads feature a young man called Owen who has just got a job at GE. Problem is none of his friends and family get why this is good news. The awkwardly comic films run across network and cable programming, but importantly also on social media, where Owen himself pops up to talk about his first days on the job.

Most B2B advertising is focused on driving sales. But there’s a talent war looming—particularly for STEM candidates—that B2B can address for corporations. That’s why GE’s ‘What’s the Matter with Owen?’ campaign is a stand-out for me. Traditional brick-and-mortars are in an unenviable position against startups and tech giants in attracting STEM talent. But GE’s ads position the company for a digital future. They inspire candidates with the promise of working on world-changing projects while their peers make passing fads. And the ads bring to life GE’s culture and vision. This is the spirit of brilliant business-to-employee advertising. Others would be wise to catch on.

“In the beginning, we saw a glimpse of the future. That future has arrived. We’re connecting the physical world to the Internet. Now, everyday objects become intelligent on the Internet of Everything”.  It’s rare that you get a big tech company that makes you laugh, let alone one that connects with the more human side of things. In this video though Cisco has managed to combine cute kids, creative ideas, and its own take on connecting the world to the internet to produce an entertaining and light-hearted look at the future of the connected world. By having a group of five to 11 year-olds presenting their internet of things (IoT) inventions to its chief executive officer, Phil Smith, they have managed to get across this concept in a very simple and common sense manner.

Small Business Saturday is making a big difference. Not just for American Express and every small biz that’s on board – but also for our society. It’s an idea that’s created real value, value that goes way beyond a B2B campaign. For me, the difference is when the lady in my local furniture shop knows all about the kooky lamp I love – and she cares. In our world of supersize, superstores and supermalls, I love the idea of backing her. To quote Edward de Bono, ‘Companies that solely focus on competition will ultimately die. Those that focus on value creation will thrive.’ American Express has certainly seen that coming.