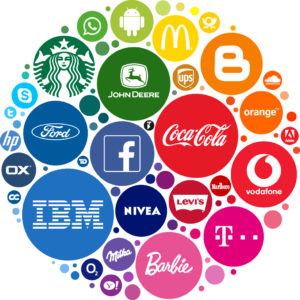 Brands inspire us beyond business.

They are the icons of a cultural zeitgeist, they are the labels of our imagination and energy, and they are then labels by which we define ourself and our tribes.

Japanese publishing house JOH & Company’s B Magazine has brought together a series of short documentaries which are entirely their own perspective on brands around the world, turned into beautiful videos.

With sincerity in attitude, they will inspire you to think about some of the great brands and businesses of today’s markets – some old, some new, big or small, local or global.

Here are some of the beautiful brands:

Airbnb … In 2008, three young entrepreneurs founded Airbnb, a community marketplace for people to monetize their extra space. With more than 2 million listings in myriad cities across the world, the Airbnb of today has grown into a multibillion-dollar company that is shaking up the hotel industry. With a firm belief in the idea of living like local, Airbnb is now seeking to go beyond the home and revamp the ordinary traveling experience.

Canada Goose … A family business that has been continued by its third generation, Canada Goose has originally started as metro sportswear LTD in 1957 and grown to one of the leading down parka brand in the world. Under the simple cause of freeing humans from coldness, the down parka company adheres to its policy of ensuring that all products are manufactured in Canada.

Diptyque … is a French fragrance brand founded in 1961 by three artists – Yves Coueslant, Desmond Knox-Leet and Christiane Gautrot. Both its fragrances and its designs are original and evocative, making Diptyque one of the most recognizable brands stradding the niche and luxury markets.

Haagen Dazs … Founded in 1961 in Bronx, New York, Häagen-Dazs has generated a lot of ink over the years with its Northern European-inspired naming strategy. Its creamy texture and deep flavours catapulted Häagen-Dazs to the ice cream of choice for leading restaurants and cafes as well as airlines and hotels. Hooking its marketing strategies into the sensuous and hedonistic qualities of ice cream, Häagen-Dazs has been successful in making a name for itself as a guilty pleasure for adults.

Havaianas … the name Havaianas came from a Portuguese word meaning “Hawaiians” and the design idea was inspired by zori, typical Japanese sandals. Yet the Brazilian sandal brand has evolved to deftly infuse culture and inspiration of its home, Brazil. Havaianas is filled with fascinating stories behind a dramatic transformation it has made – from a sandal maker targeting working class to a go-to brand for fashionistas today.

Hwayo … Started in 2005, Hwayo is a soju (distilled Korean spirits) maker. It is part of Kwangjuyo group, which owns Kwangjuyo, a traditional high-end Korean pottery maker and Gaon society, a business that introduces high-end Korean cuisine. Under the leadership of the president, Taekwon Cho who aspires to promote high-end Korean culture, Kwangjuyo group’s businesses are growing into brand names that offer their original values. Harmony of sophisticated dishware, cuisine and matching Korean spirits, “Hwayo” create unparalleled, multiple layers of aura.

IKEA … is the Swedish-founded multinational group that designs and sells ready-to-assemble furniture, kitchen appliances and home accessories, among other useful goods and occasionally home services. It has been the world’s largest furniture retailer since at least 2008.

L’Occitane … The history of L’Occitane dates back to 1976 in the vibrant city of Marseille, wherein the young Olivier Baussan began producing soaps that were inspired by folk medicine from the French Provence. Under Baussan’s vision, the company continued to build its business up by offering high-quality beauty products concocted with essential oils extracted from the verdant fields of Provence. L’Occitane has always believed in speaking the language of the land, as well as that of the farmers, and is putting its beliefs into practice by releasing products in tandem with the harvesting season of each ingredient and defending the skills and well-being of its farmers.

Lamy … German fountain pen maker Lamy started as a pen manufacturer in 1930, which then established its own brand in 1948. In 1966, Lamy introduced its signature product, Lamy 2000, which was back then motivated from bauhaus. The product bears the fountain pen manufacturer’s initial impetus for its design. The writing instrument maker has continuously been collaborating with designers outside of its organization and operating its in-house manufacturing facility in Heidelberg, where the company is headquartered. Lamy offers wide range of products which are “designed to be easy to use for anyone,” by introducing its high-quality products at reasonable price.

Leica …  From its origins as a microscope maker, Leica made photography a part of everyday life by introducing the first 35mm camera in 1914. Based on this century-old heritage of quality cameras and lenses, the Leica brand highlights the true essence of what a camera is, setting the company apart from powerful Japanese DSLR brands.

Maison Margiela …  Recognizable by the signature four white stitches and blank tag, celebrated French fashion brand Maison Margiela made its debut in Paris in 1988. Founder Martin Margiela shied away from the spotlight, choosing anonymity over celebrity and ‘we’ over ‘I’. An avant garde at heart, he challenged the idea of traditional garments by experimenting with deconstruction and reconstruction, exaggerated silhouettes and trompel’oeil(optical illusion). Margiela’s spirit lives on in the Maison Margiela brand, even after his resignation in 2009, and continues to inspire new generations of designers.

Monocle … Monocle is a global affairs and lifestyle magazine, 24-hour radio station, website, retailer and media brand, all produced by Winkontent Ltd. It was founded by Tyler Brûlé, a Canadian entrepreneur, Financial Times columnist, and founder of Wallpaper* magazine.

Muji …  Intended to be a generic line for the Seiyu Supermarket Group, Muji was launched in Japan in 1980, as Mujirushi Ryohin, which means “no-brand quality goods.” Having initially started out with just 40 products, Muji now sells more than 7,000 different items and has successfully expanded into the housing business, proving that a brand can indeed sell a lifestyle aesthetic.

Netflix … Started in 1997 in Silicon Valley, Netflix was dubbed the icon of American popular culture following the success of its DVD-by-mail operation. 10 years after the DVD-era, during which the Netflix-logo-emblazoned red envelopes reigned supreme, Netflix introduced its movie and TV show streaming service and burgeoned into an online entertainment powerhouse. By releasing entire seasons of original programming such as and all at once, Netflix was able to bring ‘binge-watching’ to the forefront of our culture and is now viewed by many as the future of entertainment.

Patagonia … the outdoor clothing brand with an environmental focus, was founded in 1973 by Yvon Chouinard, who since 1964 had been manufacturing pitons (metal anchors used in rock climbing) that would not damage the rock. While insisting on offering the best quality, the brand has contributed to a sustainable society and natural environment by developing eco-friendly materials and returning 1% of its sales back to society. Patagonia has redefined the role of a company and it continues to inspire the outdoor industry and the world.

Penguin … Since its start in 1935, Penguin has been spearheading in suggesting ideas of what a modern day publisher should pursue by offering paperbacks with affordability and portability, formulating ideas to meet the needs of the times and establishing brand identity through book design ideas. Even when sold for affordable price, Penguin ensured quality of contents between the covers by finding the best-qualified authors. All of these were made possible by the founder, Allen Lane’s simple belief that “Books are for reading.”

Repetto … a flat shoe brand in France, was born in 1947 when Rose Repetto first made ballet shoes for her son, Roland Petit. Repetto’s original technique and Petit’s advice as a brilliant ballet dancer helped enhance the shoe’s quality, which later led to incorporating its benefits into lines of Repetto’s everyday shoes. In the mid-1980s, the new CEO Jean-Marc Gaucher has combined the shoes with fashion on top of the brand’s identity, “Dancing,” and has infused the brand with vigor.

Suunto … a Finnish maker of sports precision watches, got its start in 1936 when orienteer Tuomas Vohlonen invented a liquid-filled compass. the company has developed a range of devices, from underwater and nautical compasses to industrial hypsometers, and also created the world’s first underwater dive computer. Suunto has expanded its horizons to cover outdoor and lifestyle products, and it continues to reinvent itself as an authentic premium sports brand.

Tsutaya … In 1983, conceived as a lifestyle store by Muneaki Masuda, Tsutaya began as a shop renting and sellingbooks, videos, and music. Since then, it has become an all-encompassing Japanese pop culture platform. In 2011, the company behind the Tsutaya project, CCC, introduced an evolved form of the Tsutaya bookstorein Daikanyama. Based on its “T Point” membership program, the brand continues to suggest a new lifestyle concept.

Vans … Recognized today by its iconic checkerboard slip-ons and ‘Off the Wall’ slogan, Vans was able to separate its path from that of other sneaker brands by spending the last several decades building up a unique brand identity. In the early 1970s, Vans created skate shoes for now-legendary skateboarders Tony Alva and Stacy Peralta — the so-called “pioneers” of modern skateboarding. The shoes were a huge commercial success, and the rest, as they say, was history. With its feet firmly rooted in this rich legacy, Vans went on to become the ultimate supporter and embodiment of youth culture through its myriad of involvements in the action sports, music, art, and street fashion world.

WeWork … Founded in New York in 2010, workspace and community company WeWork was built on the business model of taking out a lease on an office building, splitting it up and renting it out to startups and small companies. Now, with more than 80,000 members in 39 cities across the world, WeWork has become an icon of the shared office business, proposing a new way of working that is built on community. In 2016, WeWork recently launched WeLive, a co-living spin-off of WeWork, leaving the world eager to see what comes next.