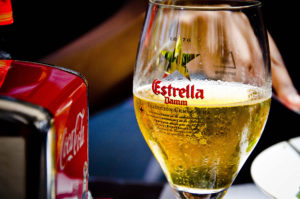 Storytelling has always been a powerful way for brands to establish and maintain this meaningful relationship with consumers.

In the consumer world, such brand narratives are not about finding logical solutions to complex problems – or indeed about telling potential consumers about how useful or high quality their products are – not directly, anyway. Rather, they are about ingraining or reinforcing the symbolic and cultural value of the brand through their story which aims to create or strengthen a meaningful connection between the brand and consumer. The aim is that consumers begin to feel that the brand is inseparable from aspects of their identity.

Indeed the great film director Stanley Kubrick once wrote about the way in which the line between art and commerce was increasingly blurred: “Some of the most spectacular examples of film art are in the best TV commercials,” he told Rolling Stone magazine in 1987.

Typical of this idea is the 16-minute short film La Vida Neustra (Our Life), promoting the oldest brand in Spain and Catalonia, the Barcelona-based beer, Estrella Damm. The film stars Game of Thrones actor Peter Dinklage and has been viewed more than 15m times.

The films starts with the protagonist Anton moving from Barcelona to Amsterdam for an amazing job opportunity. He leaves behind beautiful girlfriend Cora and his equally handsome best friend Rafa. A year of unrest and indecision later, Anton returns to Barcelona to sign over his boat to Rafa. Of course, he discovers he is still in love with Cora – but of course she and Rafa are now an item.

Dinklage plays a sort of narrator, Chad Johnson – a character in the style of Dickens’s ghost of Christmas past, guiding Anton through past memories towards a revelation typical of consumer capitalism; he already had a great life but continued to believe far away hills were greener. Johnson tells him: “But you wanted more.” In the end, Anton “lets go of the anchor”, hands over the key of the boat (the anchor a metaphor to past lives and relationships) to Rafa and Cora and embraces his new life in Amsterdam.

Beneath the slightly crazy plot, there is something far more interesting going on from a branding perspective. Canadian anthropologist Grant McCracken argued in 1986 that brands become meaningful by investing in culture – signs and symbols that consumers identify as culturally meaningful. The Estrella film marks a concerted effort by the gold star of the Spanish brand from Barcelona to antagonise its fierce rival and market leader in Amsterdam, the red star of Heineken.

The opening scene of the film depicts the quintessential image of Amsterdam with its beautiful canals and unmistakable Dutch architecture.

To many uneducated viewers, the brand might even seem Dutch. The beer’s name, Estrella Damm, sounds as if there’s a connection with Amsterdam –but in fact the beer was first brewed in 1876 by August Küntzmann Damm, a recent arrival to Barcelona from the Alsace region of France.

The film starts with typical images of the canals and townhouses of Amsterdam and jumps to the instantly recognisable cityscape of Barcelona and then moves back and forth between the two cities. It ends with Anton blissfully cycling through Amsterdam and hanging out with his new friends having fully embraced his new life and let go of the “anchor” to this past.

Yet throughout this turbulent time, the only constant, in the wake of disloyal friends, fleeting romances and traded possessions has been Estrella and its symbolic ties to his home city Barcelona.

The film marks a potentially risky but rewarding strategy by Estrella and potentially other brands to invest in a sense of place that arguably, “belongs” to their rival competitors. As the narrative suggests, despite being in the home of “the Heineken Experience”, Estrella is the beer of choice and acts as a more effective medium with which we can celebrate and give thanks for life, love and beer.

There are many films too …

And shorter ones too …