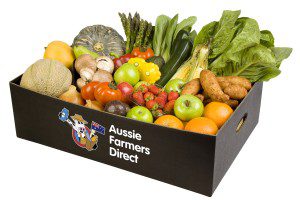 Aussie Farmers Direct was a great story. I loved the notion of farmers coming together in a national branded network, creating one of the best consumer apps to help people choose the best and freshest foods, then delivered with a human and friendly face to your door.

Today a notice on their website spelt the end of a great story:

“Australia’s first independent grocery delivery businesses to reach a national scale. They were pioneers in the grocery delivery space. Their mission resonated with millions, which lead to a strong community of people who wanted to bypass the supermarket duopoly and support Australian farmers.

After 13 years of fighting the supermarket duopoly, the Aussie Farmers Direct business model ultimately became unsustainable and the company went into voluntary administration on March 6th, 2018”

“The reason farmers in Australia struggle so much is because we have one of most concentrated supermarket ecosystems in the world. The vast majority of food in our country is sold by the big two supermarkets, which gives them tremendous negotiating power. Local shops, on the other hand, do not have enough buying power to screw over farmers, producers, brands or manufacturers.

They say absolute power corrupts absolutely. We tend to agree with that. This is why we believe in helping Australia’s 10,000+ independent shops to compete for a larger share and create a better food and grocery ecosystem for everyone.

YourGrocer pledges to continue this mission standing on the shoulders of the great work done by Aussie Farmers Direct.”

AFD was one of the first Gamechangers I profiled in the book. Here is the way I described their business when writing the book a few years ago:

Aussies love the outdoors, fresh and natural. So the farmers jumped on the milk floats and brought together the best of local, authentic produce from across the nation, ready to deliver direct to the door. The business model is lean and networked, taps current trends and builds community.

Graeme Beevers from Mildura in Victoria grows the tastiest Aussie oranges, John Bruce produces highly sought-after Aussie beef from Cape Grim in Tasmania, whilst Michelle Wilkinson is a superstar in the mushroom world, knowing just when to pick her cups. Authentic, curated and delivering direct to your home, Aussie Farmers Direct have transformed the definition of fresh food down under. By bringing back the much loved “milko”, or local milkman, a network of franchisees deliver a huge selection of the best 100% Australian owned, grown and produced products every morning.

CEO Braeden Lord says ”We started with an underlying philosophy around supporting the Australian farmer, and making a stronger connection between the farm and the urban household and the front doorstep by cutting out the middlemen and looking at the most expedient and efficient way to take great quality Australian produce and deliver it to people’s front doorsteps”

Since 2006, the network has grown from a three people and one milk float, to a company with 250 franchisees who provide almost 250,000 households across Australia with fresh fruit, vegetables, milk, eggs, bread, meat, seafood and more. It’s also the largest supplier of organic food. Yet there is still much potential, having so far only gained around 4% market share. The network is also investing in suppliers, for example, buying a dairy plant in 2011 that had been mothballed for 12 years in a small rural community.

AFD is about personalisation and community, a preferred choice for many farmers tired of the buying power of large supermarkets. Quality and sustainability come before price, recognising that its target consumers will pay a little more for such things. It is also advanced technologies. Most orders come through its smartphone apps, allowing easy ordering and fast delivery.