A platform is a business model that creates value by facilitating exchanges between two or more interdependent groups, usually consumers and producers. In order to make these exchanges happen, platforms harness and create large, scalable networks of users and resources that can be accessed on demand.

“Platform ecosystems” – businesses which build online networks and allow them to grow and flourish beyond the narrow confines of the corporation – have transformed our thinking about business models, and many of our basic assumptions of what creates a successful business. 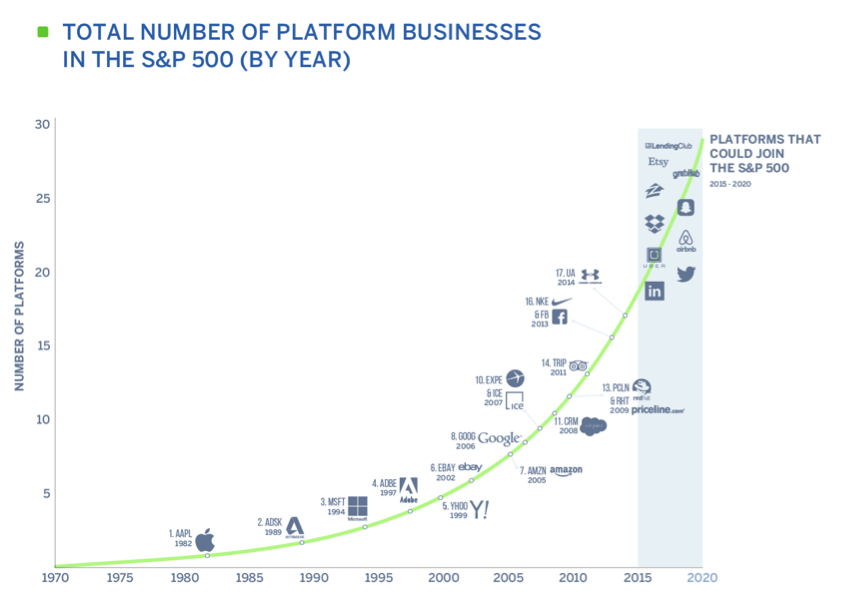 “The product business model is broken,” said Marshall Van Alstyne at a recent Boston University seminar. In 2009 Blackberry had a 50% market share in the US, down to 2% four years later.“That’s hard to do,” he observed. Its conquerors were, of course, Apple and Google. But Apple itself had been beaten in earlier decades by Microsoft, whose open software ecosystem had been preferred to Apple’s closed one.

And this isn’t just about tech firms:

Successful networks are two-sided, in other words, users and providers interact and reinforce each other. “Each side attracts the other, they’re both outside the core of the business, and they interact,”Van Alstyne said. Examples are: 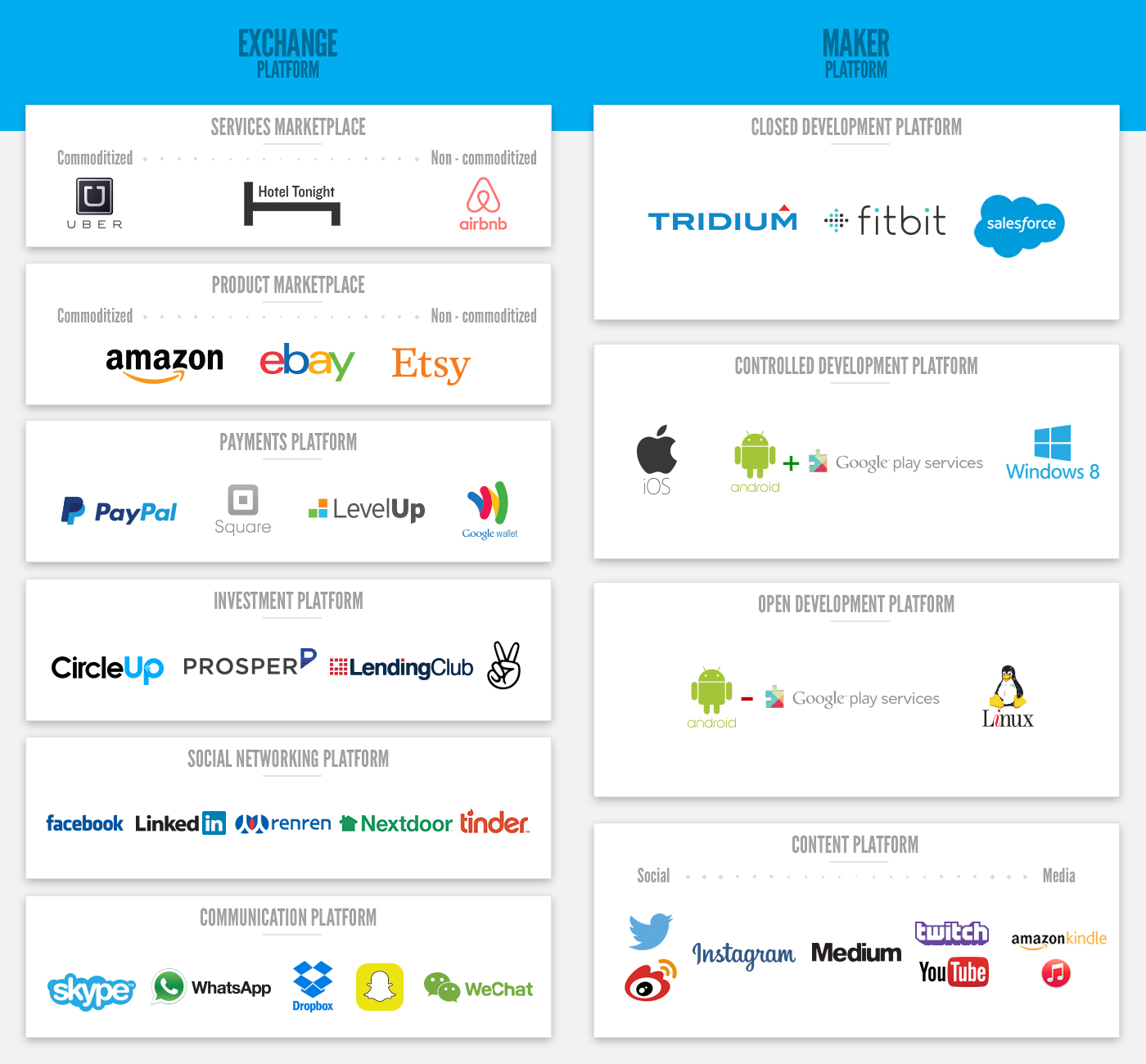 Users create value for users and build value in the ecosystem.

This is an inversion of the industrial era firm.Then corporate giants achieved supply side economies of scale. They grew big, unit costs fell, they reduced prices, and beat the competition. Platform companies with network ecosystems achieve demand side economies of scale – bigger networks create more value, which attracts users, which creates more value. Value grows disproportionately relative to size (in terms of employees or buildings). 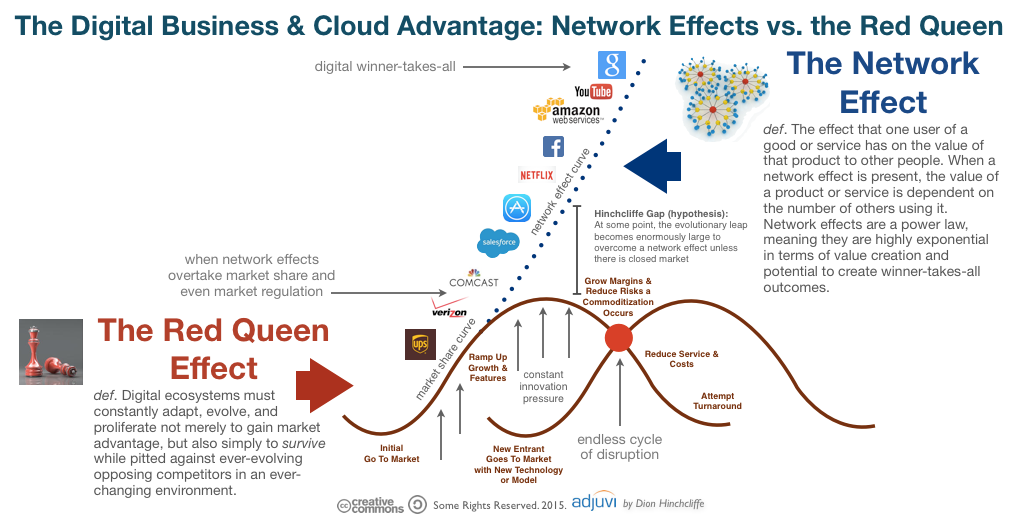 They innovate faster because their open systems attract ideas from users to serve other users. And these can be winner takes all marketplaces.The rewards for success can be huge.This can be seen most clearly in the homophone (i.e., one main language spoken) markets of the US and China – in contrast to polylingual Europe, where platform development has been slower.

The focus for business leaders wanting to build networks of this kind has to be outside the firm: “You cannot scale network effects inside the firm, to orchestrate that value.”

Platform businesses are different in other ways, as Tom Goodwin from Zenith reminded us:

They have virtually a zero marginal cost of production.This makes platform com- panies hard to value with traditional measures. Network effects are harder to quantify, and their strategies differ from product firms on almost every dimension.

Platform companies orchestrate their networks and invite users to make their own contributions. As the venture capitalist Marc Andreesen has observed:

“A platform is a system that can be adapted to countless needs and niches that the platform’s original developers could not possibly have contemplated.”

Some of the big ideas to explore: