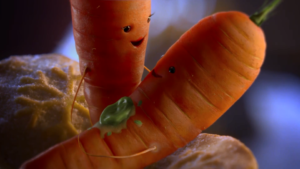 The most wonderful time of the year. For brands. For marketers. And for retailers of course, at least those online … Christmas markets serving Gluhwein, Starbucks’ festive coffee cups, and the Coca-Cola Christmas trucks. Don’t forget it was Coke who gave us Santa Claus (at least the version in a red coat). However British brands have long been ahead in creating emotionally-charged festive TV advertising.

Starting with the UK market then, London-based social analytics firm 4C used artificial intelligence to process the number of times each brand was discussed on Facebook and Twitter in the five minutes after its ad was broadcast. It compared the figure to the number of times the brand was mentioned in the lead up to the advert and used this to calculate the increase in social media interest, or the ‘lift’, generated by the advert.

4C also analysed whether the words used in association with the advert were positive and negative to determine the number of viewers who felt positively towards it.  Marks & Spencer topped the ‘sentimentality’ list with 87.5 per cent of tweets being classed as positive. Discount supermarket Aldi was second while pharmacy chain Boots came in third place.

Aldi’s ad, which saw the return from previous years of Kevin the Carrot, topped the list of the most discussed TV spot and came second in the list of the most liked, leading it to be crowned the overall winner. It’s Kevin the Carrot soft toys became a hit instore too, and quickly sold out. Soon Kevin was the must-have sold-out Christmas gift, trading on eBay for 4-figure sums:

Marks & Spencer’s use of the loveable bear Paddington, which coincided with the launch of the most recent Paddington movie, offering a double win:

In recent year’s John Lewis has been the UK’s winning festive advertiser, often with a feel-good remix of a classic song. This year’s attempt has proved less successful:

In the USA, retailer’s are learning from the UK’s emotional epics. Macy’s brings us the story of Max, a young boy whose unwavering compassion shines even brighter than the lighthouse near his home

Apple came late to the advertising game, but its use of a Sam Smith soundtrack creates another winning brand moment, to support its new flagship iPhone X:

In Australia, where snow is replaced by sunshine and barbies on the beach, an unexpected friend and a little creativity saves Santa this Christmas (with the help of Lego):

Talking of Australia, Amazon has just entered the market. (It’s amazing to think that their are still countries around the world not dominated by Bezos and team!). Here, Amazon’s encourages more:

Meanwhile in New Zealand, the Kiwis are known to put their own spin on words, mixing up vowels and leaving the rest of the world pretty confused. Santa is too:

In Spain, a 19 minute epic shows an alien falling to Earth in a Christmas ad called Danielle for the Spanish Lottery. It is also a great example of multi-platform execution, from social media to point of sale:

Meanwhile, Coca Cola continues its multi-platform storytelling with this year’s offerings that still prove unbeatable in much of the world, and reminding us that the best ads consistently build a story over time: