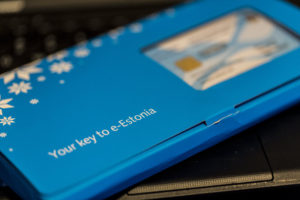 Estonia is leading the world in digitalisation.

Tallinn is one of my favourite cities, its ancient centre with beautiful Hanseatic buildings, interspersed with the world’s advanced digital start-ups. Since I first started working with the Estonian government’s innovation team 7 years ago, the nation’s leaders and entrepreneurs have shown a more practical approach to digital innovation – how to make life better, be it in playing games, or parking your car.

In August 2017, government officials announced plans for a national cryptocurrency. Much of the support comes from understanding what the Estcoin would be for — as a currency to support Estonia’s plans for a digital nation, a program they call e-Residency. While the Baltic nation isn’t the first to have shown interest in adapting an official cryptocurrency, Estonia’s plans seem to have a more solid foundation than China’s proposed e-currency, or Russia’s dream of an Ethereum blockchain.

In a blog post this week, Estonia’s e-Residency program managing director Kaspar Korjus described three potential uses for the cryptocurrency. The crypto coin would primarily serve as a “community token” for Estonia’s e-residents, and plans for this crypto token system have been unveiled this week.

Korjus described the e-Residency program as a government startup, in which virtually anyone with access to the internet can become a “digital citizen” of Estonia. The idea is to simplify the requirements for setting up a business in Estonia. “Join the digital nation,” says the e-Residency official website.

Ethereum co-founder Vitalik Buterin said that the e-Residency program and estcoin would benefit from being built on a blockchain. “If these Estcoins are issued on top of a blockchain (they could possibly be issued in multiple formats at the same time, nothing wrong with this) then it would become easy and convenient to use them inside of smart contracts and other applications,” Buterin wrote in his blog, where he gave feedback on the whole plan.

Since it was announced, there are already 4,272 companies registered under Estonia’s e-Residency program, with more than 27,000 applicants from over 140 countries. By taking advantage of Estonia’s online government infrastructure, non-residents can set up their businesses with ease and become part of what could be the first “borderless digital nation” with its own cryptocurrency.