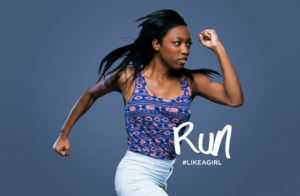 88% of consumers believe companies have the power to influence societal change, and should be addressing issues presently facing us. Which is great news, given the declining interest of some world politicians in making the wold better. It also demonstrates that whilst trust in brands has fallen to an all-time, consumers still believe they have useful purpose.

As a result, finding an “authentic purpose” has become the watch word of many brands.

Not just in finding a name, concept and execution that people engage with. Not just to sell the products and services which it embraces, in the most profitable and effective way. Not even to find a side-benefit that delivers a little bit of good whilst making more money.

It means rethinking the brand concept in a way that really does make a difference to people’s lives, makes the world better in some relevant and practical way. It becomes engrained in the DNA of the brand, of why people buy it, invest it, and work for it. It steers every action, keeps them true. And it is supported by a business model which interlocks the pursuit of value to society, and value to shareholders.

Aspiration’s banking products, Innocent’s drinks, Always’ #LikeAGirl, Zady’s ‘The New Standard’ and Method cleaning products all drive a positive cultural idea at the core of their brand. They tap into societal issues as a campaign tool and contribute solutions that drive greater consumer engagement.

Howard Schultz, who recently stepped down as chief executive of Starbucks, had a vision for the brand that extended beyond the role of mere pick-me-up. In a recent statement he openly questioned “what is the role and responsibility of a public company…and how can we catalyse hope in a time when we need more optimism, empathy, compassion and leadership?”

One such manifestation included ‘Upstanders,’ a Starbucks Original Series looking to help communities share positive stories, perhaps even reclaim part of their American dream. This approach helps reshape a narrative that has increasingly become divided and cynical.

This isn’t the first time Schultz has stepped into the arena of social issues. In 2015 he called for Starbucks to lead a polarising conversation on racial discrimination, a campaign hailed for the controversy it raised. Entering these conversations is inevitably a tightrope walk, with many feeling this cry is a reflection of institutionalised arrogance where chief executives preach on issues, using brand as their soapbox.

But why shouldn’t they? Major companies have great influence, so we should urge them to use their platforms for good. For challenging issues authorities have failed to address. Minefield, I hear you say. But before you take you seat back on the fence, consider first the consumer rallying call.

When confronting social issues, brands are utilising channels – such as advertising – to communicate provocative stances. For example, Patagonia’s praiseworthy advert, ‘Don’t buy this jacket’, a great example of radical truth and a piercing insight into the flaws of its industry. Today it has taken a more challenging role as an outspoken advocate of environmental and corporate responsibility.

Patagonia created DamNation, a powerful Netflix documentary film that takes an explicit position around the support of dam removal to help restore river ecosystems. This is an example of a brand placing itself at the frontline of the conversation and calling upon consumers to help it reshape societal issues. As its founder, Yvon Chouinard, boldly put it: “If you’re not pissing off 50% of the people, you’re not trying hard enough.”

In a world of increasing volatility, consumer trust in institutions, authority and media is nosediving, and brands that confront relevant issues stand to create new tribes of supporters. Sidestepping cultural debates, while tempting, will make increasingly less ethical and financial sense.

Nike’s recent commercial celebrating prominent female athletes from Arabia is a great example of a brand combatting social stigmas through a role of positivity and unification to show support for the underserved. Moving beyond provocative campaigns, Nike is now due to release the ‘Pro Hijab’, a product already surrounded by evangelists and cynical political naysayers alike.

As purpose becomes commonplace throughout branding, we will start to see a new swell of brands coming down from the fence to gain a greater foothold in consumers’ lives. The result will inspire and empower new collectives to join their cause, accelerating the positive impact on society and their own potential for growth. Where brands have traditionally reflected culture, the new expectation is for brands to shape it.