Inspiration from a Welsh chicken shed … advertising to reality, Hiut Denim and the Manifesto of a Doer. 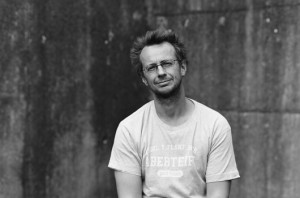 Cardigan is a small town of 4,000 good people, set on the wild and windy coastline of west Wales. 400 of them used to make jeans. They made 35,000 pairs a week. For three decades. Then one day the factory closed. It left town. But all that skill and knowhow remained. Without any way of showing the world what they could do.

That’s why David Hieatt started The Hiut Denim Company. To bring manufacturing back home. To use all that skill on his doorstep. And to breathe new life into his home town. As one of the Grand Masters said to him: “This is what I know how to do. This is what I do best.” He just sat there thinking he had to make it work. Cardigan is making jeans again. Incredibly good – designer, expensive – jeans.

From advertising to reality

Jeans making was not David’s first profession. His career started with that famous ad agency Saatchi & Saatchi based in London. And then on a whim he decided to change his path and move back to his hometown. Once there he created a (rather good, very cool) clothing company called Howies, producing eco-friendly t-shirts, jeans and sportswear, later selling it to Timberland.

Now that he knew what he was doing, he wasted no time in setting up his next business, Hiut. It has become a great success, a niche premium brand with a fantastically loyal following.

Having learnt much, and realising that there are so many other small business (and bigger ones too!) who lack the confidence to get on and make a difference, he established The DO Lectures. Each year they invite a set of creatives to gives lectures about their business or ideas in general, which inspires others to go out and follow their passion. A kind of farmyard TED, and probably a bit more practical too.

Tales from the Chicken Shed

David set out to bring the DO-ers of the world together – the movers and shakers, the disrupters and the change-makers – and ask them to tell their stories. All from his little farmhouse on the Welsh coast. Under star lit skies, in a bind with nature, they inspire others to go out into the world and DO, too. “The intent was that pure, the motivation honest” he says, with the authenticity of an adman.

In 2008, The DO Lectures were born, in a slightly bizarre fusion of hippy festival and corporate seminar. There were no name badges, no bad coffee and impersonal lecture halls. Instead, an intimate number of speakers and attendees gathered under canvas in a Welsh field and shared the whole three day experience as a community. They ate together, camped together, shared a beer around a fire as the sun went down together. “That intangible but very real spirit is kinda what makes us different from everything else. The sodality of it all” says David (yes very adman, but I believe him anyway!).

Every year since, DO has stuck to the same formula … ideas + energy = change.

Inspiring speakers, an engaged class of attendees and a beautiful location. It’s a potent cocktail, and one that works. Year in, year out, people arrive with their tents and their dreams and leave three days later with a shift so profound it’s been said that DO changed their lives.

On stage with former Apple creative Ken Segal recently, he raved about the best event he had ever been too. About the small town of jeans makers, the grit of ideas without powerpoint, and playing drums until sunrise with a very drunk guy who used to be an agency planner too.

Another American attendee, Duke Stump felt such an affinity with the essence of DO that after speaking in Wales in 2009, he took it home with him to Hopland, California, and an old Hop Barn surrounded by the beautiful vineyards of Campovida. DO USA is now organising their fourth event and they get better every year. The same thing happened for Mel Jacobson who took the concept to Australia.

As David said “They come, get inspired, go home and gather their teams, assembled their sponsors and put on their own versions of the event inspiring more people. They have the DO-er in them, that gnawing hunger and relentless drive to get things Done.”

For all of the DO family – from Wales, to USA, to Australia, and even DO Books – the beating heart of this thing still remains as pure as that tiny seed they started from. DO was born as, and will always remain, a labour of love for everyone involved. They don’t do it for profit, in fact, any profit they make goes straight back in to making the next DO even better, and towards inspiring more people.

As David says “We do it for the look on someone’s face when a speaker’s words hit them. Right between the eyes. And their focus alters, just enough to show them the path they’re supposed to follow from that point on. That moment is unquantifiably awesome. Watching the fire in the pit of their stomach spit and flare to life. It’s the inspiration business; it may not be financially lucrative, but man do we love it.” 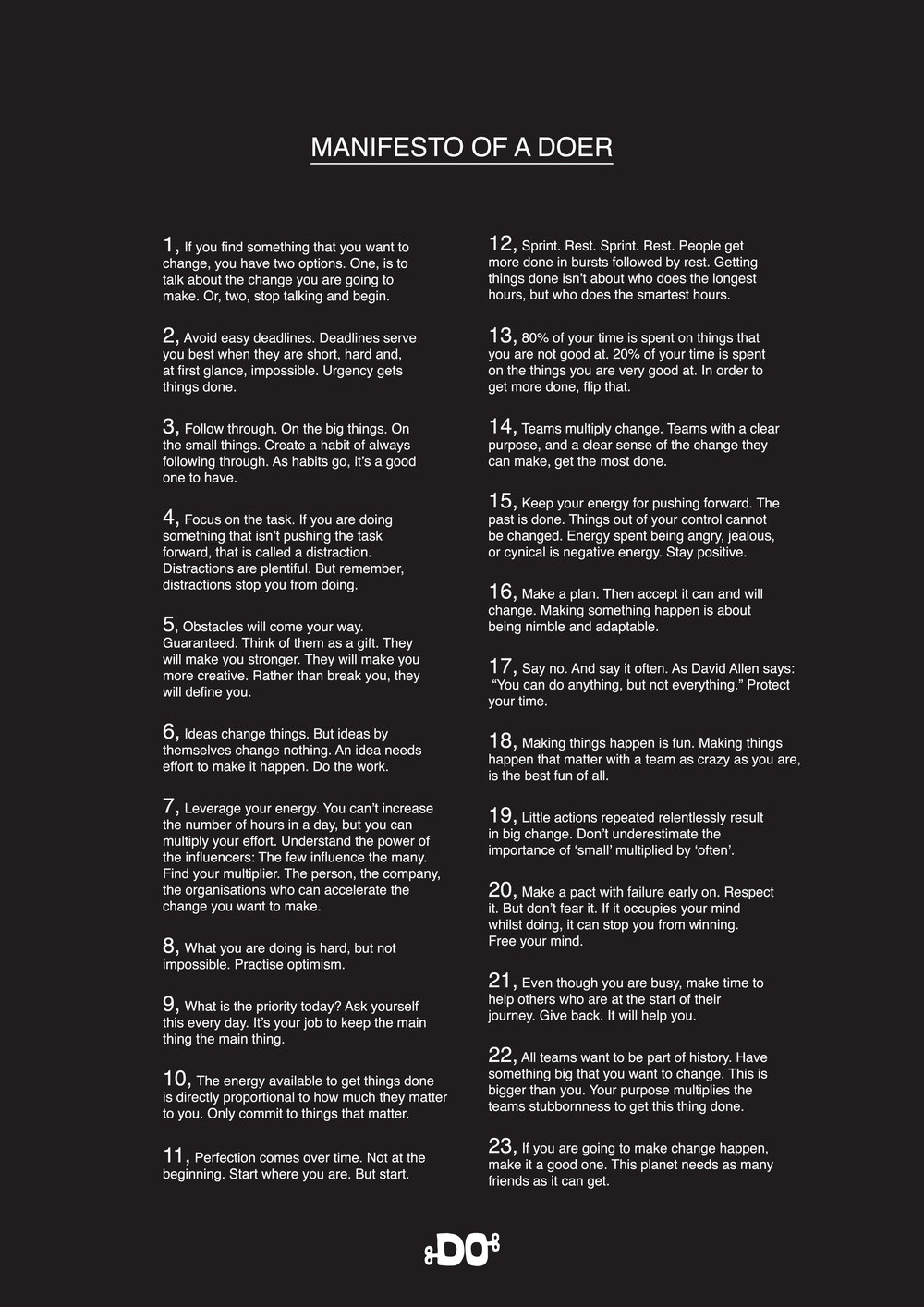