Why the UK leaving the EU is a really stupid idea! 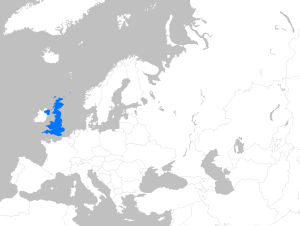 I live in the United Kingdom, and spend more time in other parts of Europe than anywhere else. My descendants came from across Europe (a bit Viking and a bit French), my language and culture is European (Anglo Saxon), my grandparents fought to liberate Europe, I spent time living and studying across Europe (mainly in Germany), and most of my business today is across Europe (from Denmark to Italy, Poland to Portugal, and I’m a professor at a Spanish business school).

The UK has always been part of Europe, geographical and cultural, political and economic, a major influence on its history and future. Millions of people died over the last century in the cause of freedom and security across Europe, and a set of common institutions were established to avoid another splintering into chaos. Yet some incredibly small-minded people think that this small island just off the mainland is better off on its own – that it can have more influence and more success in an ever more complex and challenging world. Surely we live in a world where success is achieved through collaboration and partnerships.

Talk to any farmer who depends on EU support for his dairy cows, or small communities who benefit from new EU funded infrastructure, or students who can exchange universities freely with Erasmus, or zero-rated VAT making business easy between EU companies, or reciprocal healthcare whenever I travel anywhere in the EU, or travellers who can choose the faster EU immigration lines at airports, or the many friends and colleagues from other EU countries who live and work in my community, or the expert doctors and builders from other EU countries who have helped me, or the many EU brands and retailers which I favour every day.

Of course nothing is perfect, and the bureaucratic inefficiencies of European institutions are well recognised, not dissimilar from any other big governmental organisation. But they do provide the systems to provide huge benefits too. Some people complain about the billions paid into the European pot, and how they seemingly get little in return. I disagree. They are wrong. But first, there are some principles of how we live together. Any community is about giving and taking in different ways (we all pay taxes, providing schools for those with children, hospitals for those who are sick, support for those who are old, roads for those with cars), supporting those in need, just like we do in our own families and locality.

The EU has a positive influence on everybody’s lives in the UK everyday. To the above examples (of studying, working, travelling etc), add more intangible factors such as economic stability and regional security. London has become Europe’s leading financial centre, generating huge amounts of employment and tax revenues which can be spent on making the UK a better place for its citizens. And of course, whilst migration has become a hugely emotive issue (largely because its confused with other non-EU migration), net migration from EU to UK is relatively small (think how many UK citizens choose to live in other parts of EU), and shown to be a net contributor to the UK economy (i.e. migrants ultimately pay in more than they take out).

Even Scotland becomes a factor. There is a clear scenario where if the majority of UK citizens living in Scotland vote to stay in the EU (maybe they see the benefits more clearly with those long lonely EU subsidised roads across the Highlands!), and the UK overall doesn’t, then the Scots would seek to leave the UK. Leaving an even smaller England (plus the mountains of Wales, and a corner of Ireland) adrift on its own.

So, should the United Kingdom, that little island off the coast of the European mainland cut its ties with the rest of its continent? Should it hope that it can somehow regain its colonial influence across the world, and be stronger alone? Here are some of the quoted statistics favouring being part of EU:

Every sane mind, particularly those who can see the bigger picture, are in favour of UK in EU. Entrepreneurs like Branson, celebrities like Beckham, politicians like Obama have all gone out of their way to support “remain”. In the US president’s case, he reminded people what their forefathers gave for a better Europe, that we now live in a inter-connected world where influence is stronger and success greater together, and where the US sees Europe as more important than any part.

And watch the financial markets too – every time, there is an opinion poll that suggest an exit, stock exchanges and currency rates plummet, and every time it favours remain, then stocks and sterling soar – UK in EU is good, UK out of EU is bad.

The whole idea, by some narrow-minded, empire-reminiscing, out-of-touch British people that they can prosper alone in today’s world is stupid. Whilst the debate is interesting (for example, the whole notion of where Europe is going, an ever closer union in some eyes, but staying as it is for others), it is also farcical and scary. Every major political party is recommending UK stay in Europe, and almost every business leader, almost every economist, almost every environmentalist, almost every open-minded person, and every sensible piece of logic says the same.

UK leaving the EU is scary and stupid … I hope they come to their senses!

2 commments on “Why the UK leaving the EU is a really stupid idea!”