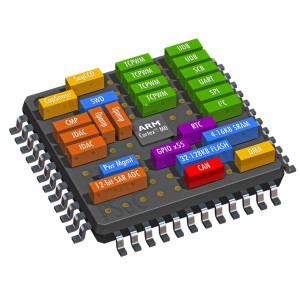 I’m in Cambridge today, home of some of history’s great science and technologists, but more recently home of ARM, the company that has out-thought Intel in recent years to be “architects of the digital world.”

Invisible to most of us, ARM is the 20 year old software design company from Cambridge, UK, that is responsible for many of the components inside our tablets and mobile phones. From Apple iPads to Nike Fuelbands, cars and washing machines, ARM technology is at the heart of many of the digital products on the market.

What is unique about ARM’s business model is that it doesn’t actually make anything.

Ian Drew, ARM’s executive vice president for marketing and business development, described it “we make the knitting patterns for technology manufacturers”. From the iPhone to Nintendo games consoles, companies choose ARM designs because they result in better performance, with less energy consumption. “Partnerships are at the heart of ARMs business model, or ecosystem as we prefer to call it. It’s about innovating together, and making money together” says Drew “We’re in 95% of smartphones, 70% of laptops … and even in the new Nike Fuelband.”

The model works for ARM and its customers like Apple and Nokia. Investing, over a third of revenues on R&D with an expert team of 1200 chip designers, ARM is able to keep pushing the boundaries of chip design forward and the intellectual property that will drive the next generation of products. ARM licenses these reference designs to manufacturers through a combination of up-front payments to use the design and ongoing royalty fees. The whole industry therefore shares in relatively low-cost R&D, whilst ARM has sustainable revenue streams. 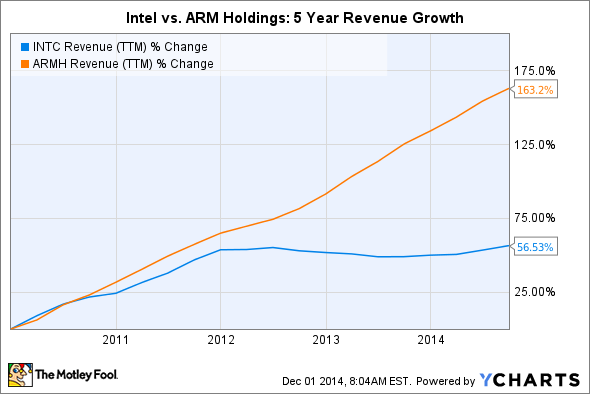 The business specialises in low power consumption processors, chips better suited to phones than high-powered computers, claiming that over 90% of all chips used in mobile phones originate on the drawing boards of Cambridge. However ARM also aims to be in 50% of all tablets and laptops by 2015.

Drew says “The internet of things – switching motors on and off, smart metering, healthcare, gaming and toys are all opportunities … things can make a big difference, like how our partner Enlighten which controls street lighting will be able to save millions of tonnes of CO2 because of our intelligence inside”. He sees ARM playing a major role in reducing the cost of devices. ARM-based chips for PCs will likely cost a bit more than the $20 for a chip, compared to $80 to $200 for Intel’s Core line of PC processors.

Drew argues that ARM is different from Intel in every way “We don’t go around saying ‘You have to build a product that looks like this.’ It’s our partners who come to us and say, ‘This is what we want to do, how can we work together’. That is radically different than Intel”. As part of this collaboration, ARM established Linaro, a not-for-profit network of over 120 engineers from the world’s leading tech companies. They work together on improving open source software for the ARM architecture, everything from power management to multimedia interfaces. Plans and progress are open to everyone on developer wikis, seeking to provide the best software foundations to everyone, and to reduce costly low level fragmentation.

The company, originally called Advanced RISC Machines was founded in 1990 as a joint venture between Acorn computers and VLSI Technology, with the Apple Newton, a forerunner to the iPad as one of its first collaborative projects with Apple who also took a stake in the business. 8 years later it restructured as ARM.

In recent years, investors have recognised the value in ARM Holding’s business model.

ARM is riding the wave of a smartphone market growing at around 20% per year. At the same time smartphones keep getting smarter, requiring more chips to support increased functionality, and premium chips that do more, faster, and with higher royalties to ARM. 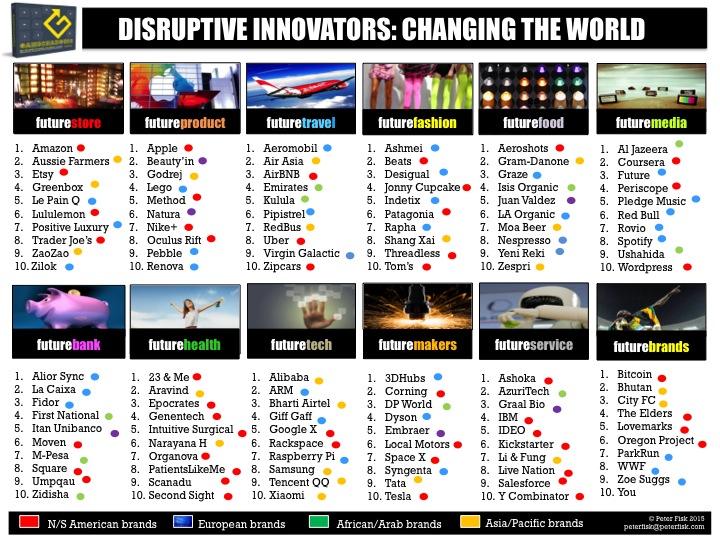 Find out about similar Gamechangers keynotes and workshops