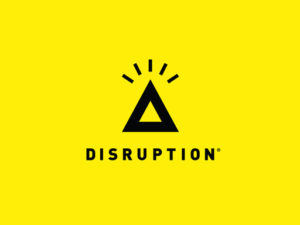 Disruption was not invented in Silicon Valley. In fact, according to veteran French advertising guru Jean–Marie Dru, the word “disruption” was created in 1992 by himself. Since then his global advertising agency, TBWA, has used their Disruption methodology to help companies generate some of the most creative ideas.

Typical ad speak, but stick with it.

Jean–Marie Dru’s new book “The Ways to New: 15 ways to drive disruption” focuses on how Disruption can help marketing executives drive innovation. Most companies, and in particular pre-digital companies, suffer from slow innovation and, as a consequence, from slow growth. Dru shows how to steer organizations toward continuous innovation, creativity, growth, and success.

Dru’s original book focused on the three steps to disruption:

The Ways to New explains 15 proven paths to disruption that have driven growth in companies around the world. It is illustrated with case studies from companies such as L′Oréal, Salesforce, Xiaomi, Alibaba, Haier, Airbnb, and Burberry, which are illustrations of the glaring differences between disruptive innovation and stagnation. 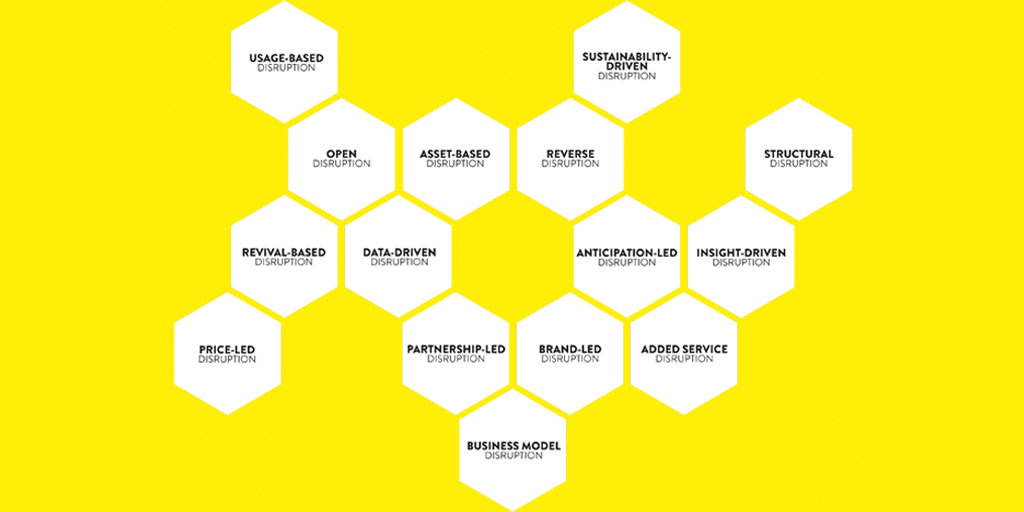 One thing that does annoy me about Dru, is his continual reference to advertising as some distinct topic from marketing, and from brands, and PR. In a world where most companies have shifted the majority of marketing spend away from advertising, to digital and social media, then its about time ad people saw themselves as more integrated in the marketing, let alone the business model.

There is nothing particularly new in the book, although the 15 ways are a useful checklist. If you read Dru’s original book, you know the simple concept already. In the time since the, others like Clay Christensen and Kevin Roberts, and many many more have taken the subject forwards. TBWA actually trademarked the word disruption, but it has become a everyday part of business language.

Whatever the book lacks in new ideas there are still some useful case studies to spark your thinking – as well as the usual suspects, he also tells the stories of brands like Allianz, Big Bazaar, Darpa, Darty, Dupont, Lafarge, Medissimo, NeoLucida, Roosegaarde, SNCF, Wibbitz, and Zipdial.

This is how Campaign magazine previewed the book:

It’s been nearly 20 years since Jean-Marie Dru, then co-founder and chairman of French advertising agency BDDP Group, published his first book about disruption — or stratégie de rupture — as a business concept.

That book, Disruption: Overturning Conventions and Shaking up the Marketplace, quickly became an industry must-read, particularly for strategists and media planners. Later, the term “disruption” became enshrined as the signature methodology (or shtick, depending whom you ask) of TBWA Worldwide, the Omnicom network Dru now oversees as chairman.

But it wasn’t until Silicon Valley got a hold of the term in recent years that it became a recurring feature of the everyday business lexicon. Today, “disruption” is the preferred buzzword of the global startup culture, used to describe companies from Uber to Airbnb to Washio, a drycleaning app.

This week, Dru released his latest book on the topic and his sixth overall: The Ways to New: 15 Paths for Disruptive Innovation. To celebrate, TBWA threw him a book party at its New York headquarters, and Campaign US took the opportunity to sit down with Dru to discuss the evolution of  “disruption,” the state of the industry and what he calls in his book the “innovation deficit.”

“It seems strange to talk about an innovation deficit when you have Google, Amazon, the startups, the biotechnology, the nanotechnology and all that,” he said. But “you have to know that all these industries that are high-tech oriented, they represent 20% of the worldwide economy, no more than 20%. What about the other 80%?”

The remaining 80% of companies are “transformed by digital,” he said, “but that doesn’t mean they’re becoming more innovative. And in fact there is a lack of innovation, which is one of the reasons why there is not a sufficient growth rate in many companies.”

As for the term he coined, “disruption” has indeed become overused, he said, though its current meaning often bears little resemblance to the one he intended when he started using it in the early ’90s.

“It’s a very specific thing,” he said. “You should not use the word ‘disruption,’ ‘disruptive’ or ‘disrupts’ for everything, but there’s nothing I can do against the whole world.”

To Dru, disruption was a method for brands to reach consumers by defying conventions in their category: Spic and Span’s “Clean Enough for Babies,” or Virgin Megastore promoting its retail outlets as a hangout spot for French teenagers.

But for digital entrepreneurs, “disruption is the result of someone who’s destroyed a marketplace,” he said. “For us, it’s not a description of what is. For us, it’s a methodology to say what could be. It’s about what you can do with a brand in the future.”

The term has taken on a new meaning for ad agencies like TBWA, as well, with newer entrants to the market siphoning off parts of the business that just a decade ago would have been considered an agency’s birthright. Asked to imagine TBWA several decades from now, Dru said he expected TBWA’s Digital Arts Network would become the dominant force in the company.

“DAN will, from the inside, have swallowed TBWA,” rendering it “a 100% digital company,” he said.

“But, you know,” it could be that “I’m an old guy and I don’t see the future,” he said. “But I still believe that 20 years from now, clients will come to us to build their brands.”