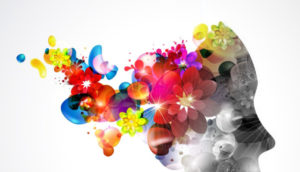 The Dunning-Kruger effect is a type of cognitive bias in which people believe that they are smarter and more capable than they really are. Essentially, low ability people do not possess the skills needed to recognize their own incompetence. The combination of poor self-awareness and low cognitive ability leads them to overestimate their own capabilities.

The term lends a scientific name and explanation to a problem that many people immediately recognize—that fools are blind to their own foolishness. As Charles Darwin wrote in his book The Descent of Man, “Ignorance more frequently begets confidence than does knowledge.”

This phenomenon is something you have likely experienced in real life, perhaps around the dinner table at a holiday family gathering. Throughout the course of the meal, a member of your extended family begins spouting off on a topic at length, boldly proclaiming that he is correct and that everyone else’s opinion is stupid, uninformed, and just plain wrong. It may be plainly evident to everyone in the room that this person has no idea what he is talking about, yet he prattles on, blithely oblivious to his own ignorance.

The effect is named after researchers David Dunning and Justin Kruger, the two social psychologists who first described it. In their original study on this psychological phenomenon, they performed a series of four investigations and found that people who scored in the lowest percentiles on tests of grammar, humour, and logic also tended to dramatically overestimate how well they had performed. Their actual test scores placed them in the 12th percentile, yet they estimated that their performance placed them in the 62nd percentile.

So what explains this psychological effect? Are some people simply too dense, to be blunt, to know how dim-witted they are? Dunning and Kruger suggest that this phenomenon stems from what they refer to as a “dual burden.” People are not only incompetent; their incompetence robs them of the mental ability to realise just how inept they are.

Dunning has pointed out that the very knowledge and skills necessary to be good at a task are the exact same qualities that a person needs to recognize that they are not good at that task. So if a person lacks those abilities, they remain not only bad at that task, but ignorant to their own inability.