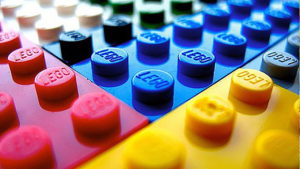 Google last topped the list in 2011, when it was overtaken by the iPhone maker, which has been number one for the last five years.

But snapping at the heels of both is Amazon, which increased its brand value by more than half (53%) to $106.4bn (£85.6bn). If this year’s changes were replicated next year, Amazon would surge to first place in the rankings.

The ranking uses factors including marketing investment, familiarity, loyalty, staff satisfaction and corporate reputation to produce a financial measure of how much value a brand contributes to its owner.

But it is not just the big western tech brands that are powering up the ranking: Chinese internet giants Alibaba and Tencent are the two biggest climbers in the top 50. 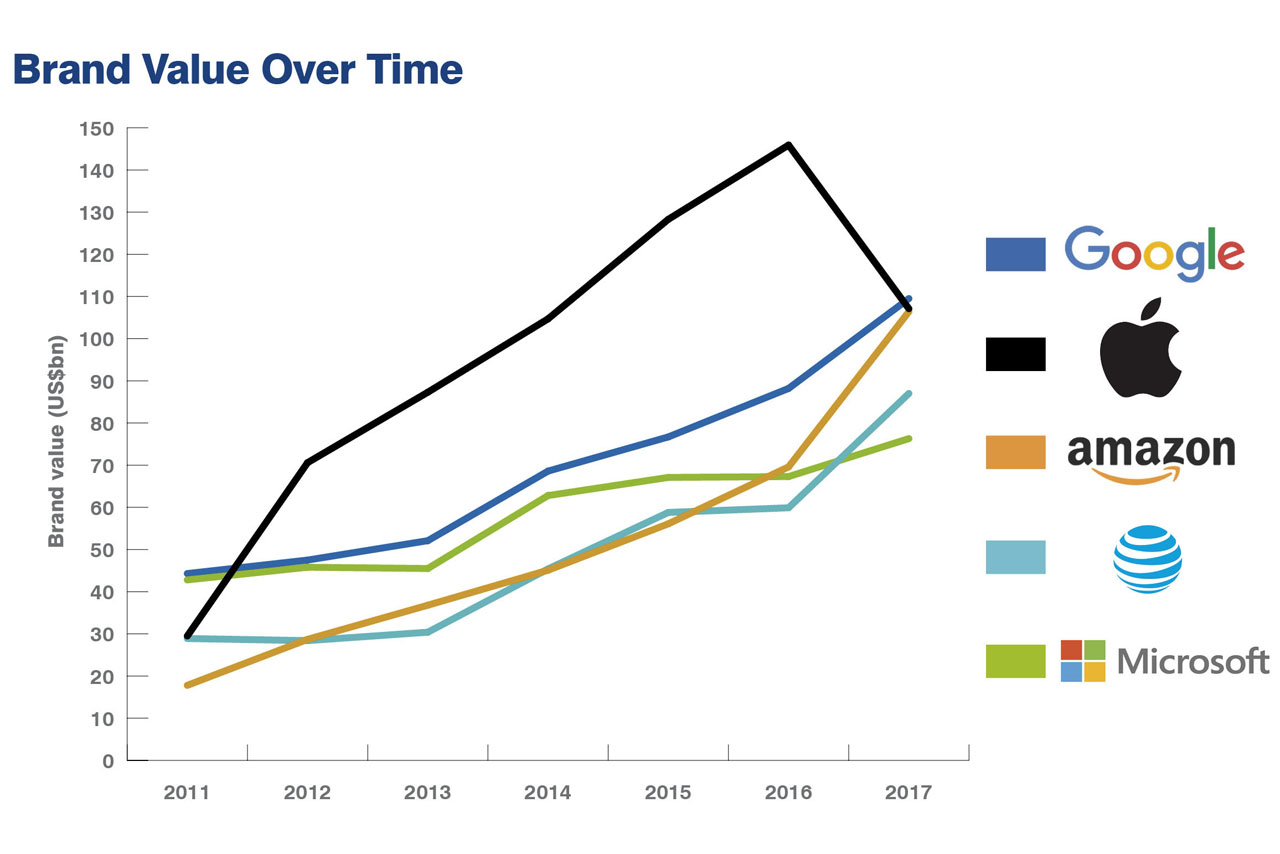 Apple’s value decline is unmatched elsewhere in the list. Some brands suffered a bigger or equal decline proportionally, including BT (down 38%), EE (down 33%) and KFC (down 27%).

David Haigh, chief executive of Brand Finance, said: “Apple has struggled to maintain its technological advantage. New iterations of the iPhone have delivered diminishing returns and there are signs that the company has reached a saturation point for its brand.

“The Chinese market, where Apple has enjoyed a dominant market share, is becoming far more competitive with local players entering the market in a meaningful way. Samsung has also been successful in taking market share and financial analysts are projecting declining revenues and margins.”

In the rival Interbrand list of the 100 most powerful brands, published last October, Apple maintained its top spot ahead of Google – but the big growth it had enjoyed in previous years almost ground to a halt.

The Brand Finance top ten includes two other leading tech brands – Microsoft (5th) and Samsung (6th), along with US telecoms bands AT&T (4th) and Verizon(7th); retail giant Walmart (9th); and China’s ICBC (10th), which has been the world’s biggest bank since 2013.

Lego took the top spot, with a brand strength score of 92.7 – just ahead of Google, on 92.1. Brand Finance said that much of the strength of Lego – the 196th most valuable brand in its list – was thanks to its licensing deals and brand partnerships.

They include this month’s release of The Lego Batman Movie, a cinematic realisation of one of a number of co-branded video games release since 2005’s Lego Star Wars.

Nike (the 28th most valuable brand), Ferrari (258th) and Visa (57th) complete the top five of the brand power ranking.

Last year’s number one, Disney, fell to 6, which Brand Finance attributed to 2016’s Star Wars spinoff Rogue One failing to achieve the success of the previous year’s The Force Awakens. It added that this year’s release of Episode VIII could propel it back up the list next year.

Haigh said: “The share price resilience of Samsung and Wells Fargo, after a difficult year, is testimony to how a brand can help a company ride out a storm. This is why a brand is such an important intangible asset and should be valued as such.

“Particularly during M&A scenarios, the fact that brand values are not factored into company accounts can mitigate against fair value being paid. Sellers ought to recognise the full worth of their brand, whilst buyers ought to factor in how far the asset of a brand can be stretched and monetised.”