Compendium of Innovation Methods by Nesta

The next generation of innovators will have a vast new range of opportunities compared to the last.

Much of 20th century innovation, from transistors and integrated circuits to polycarbonate and neoprene, was driven by big laboratories in governments and big firms like Bell Labs, DuPont, or Bayer. Innovation was seen as the preserve of science and technology.

The digital revolution transformed how innovation happens. It became more open and collaborative, spurring a plethora of new business models and services across industries – today epitomised by the ‘platform’ innovation at the heart of companies like Facebook and Apple.

Now, the advent of the big data era and the mainstream exploitation of artificial intelligence is recasting innovation processes again, with blockchain and driverless car testbeds just a hint of what’s to come. Yet while innovation has changed dramatically, government policies and support for it have sometimes seemed stuck in a 20th century model of innovation.

For the last decade or more, Nesta has been searching for ways to support innovations that exploit these new trends, aiming to spread the capacity for innovation and apply it to the problems and communities most in need. 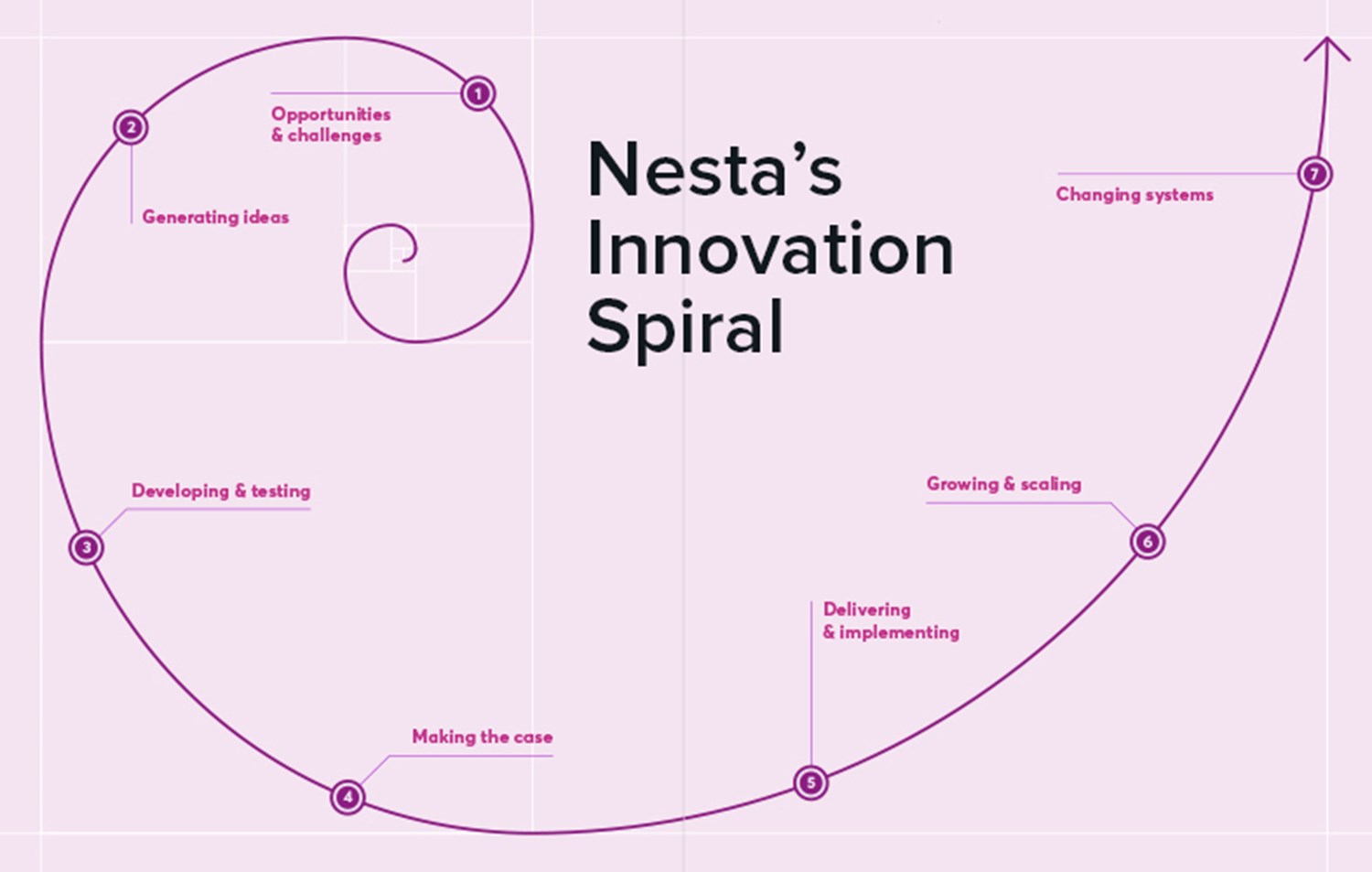 Featured in this compendium are just some of the innovation methods we have analysed, developed, tested and spread over the last decade. Some, like seed accelerator programmes, we have invested in and studied. Others, like challenge prizes, standards of evidence or public sector labs, Nesta has developed and helped to spread around the world.

Download the file for Compendium of Innovation Methods by Nesta