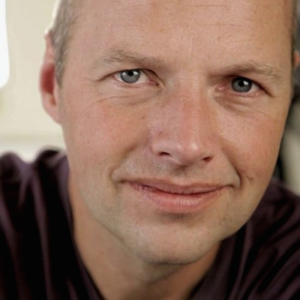 Sebastian Thrun  @sebastianthrun
Amazing quotes (and explanations) of UFOs (or UAPs, as some people call them): https://t.co/TV7P9PUVCd
reply retweet favorite

Sebastian Thrun is the German-born founder of Google X, more often known as the Moonshot Factory, or the new ideas business of Alphabet. He defined the goal as to use the capabilities of technology and data to solve the world’s biggest problems, and famously search for “10x not 10%”.

He started his career in academia, in 1995 as a research computer scientist at Carnegie Mellon University, becoming co-director of the Robot Learning Lab. He founded the Masters program in Automated Learning and Discovery, and a PhD program in machine learning. In 2002 he became the Finmeccanica Professor of Computer Science and Robotics. He then moved to Stanford, as a Professor of Computer Science and Electrical Engineering. In 2005 he was named one of the “Brilliant 5” people who could change the world by Popular Science magazine. A life in academia seemed on the cards.

On an entrepreneurial impulse, he joined Google, specifically working on their lead project at the time, a driverless car system. It became Waymo. At the same time, harnessing his expertise in AI, he created Google Streetview. Google X became a more structured environment for developing new ideas, and the number of projects rapidly grew, big bets on the future, harnessing the latent power of new tech.

7 years later Thurn was ready for his own entrepreneurial adventure, co-founding a digital education business, Udacity, with Peter Norvig.  “Udacity seeks to double he world’s GDP by offering affordable, bleeding edge education to anyone with an Internet connection” says Thrun.

Together the two former academics started by offering their “Introduction to Artificial Intelligence” course online to anyone, for free. Over 160,000 students in more than 190 countries enrolled.

The potential to educate at a global scale was awe-inspiring, and Udacity was founded to pursue a mission to democratise education. However it several years of intensive iteration and experimentation to work out how to create a truly effective online learning experience focused on in-demand skills. Udacity rapidly scaled to offer aspiring learners across the globe the opportunity to participate in—and contribute to—some of the most exciting and innovative learning experiences in the world.

Udacity’s mission is “to train the world’s workforce in the careers of the future. We partner with leading technology companies to learn how technology is transforming industries, and teach the critical tech skills that companies are looking for in their workforce. With our powerful and flexible digital education platform, even the busiest learners can prepare themselves to take on the most in-demand tech roles.”

It offers self-paced courses in a couple of different formats. Its signature nanodegree programs include course learnings, a series of projects and support classes. These programs can also include mentorship, forums and other services. There are 59 nanodegree programs, two executive programs and 187 free courses. A single, paid Udacity course costs $399 for one month. As of 2021, it has awarded more than 150,000 nanodegrees, and more than 1.5 million learners have completed at least one course successfully.

Education was a vocation, but flying cars were a real passion (he has a commercial pilot license). Kitty Hawk is more of an air-taxi start-up, with a single-seat, remotely-piloted eVOTL drone able to fly short distances around 300m above the ground. Thrun and co-founder (Google co-founder) Larry Page seek to make air-taxis affordable, ubiquitous and eco-conscious.

Thrun says “Kitty Hawk is making my childhood dream come true. With over 1,000 successful flights we have built multiple vehicles that can take off vertically, fly, and land, all powered electrically. Excited that we are hoping to produce a commercial version by the end of 2017. I have flown “Flyer” myself and it’s a ton of fun. True magic.”

In 2019, Kittyhawk and The Boeing Company created a joint venture (Wisk) to further develop the Kittyhawk designed Cora aircraft. Wisk operates separately with the backing of two leaders in aviation who are shaping the future of mobility. The company also revealed the Heaviside H2, which introduced such innovations as tilting motors and a high-performance single-seat design. In trials it has flown more than 100 miles on a single charge and hit a speed of 180 miles per hour, while being 100 times quieter than a helicopter.

Kittyhawk linked up with the US Air Force in 2020, joining the Air Force Research Laboratory’s AFWERX Agility Prime program “to accelerate the deployment of advanced air mobility”. As part of this, Kittyhawk was awarded an airworthiness approval by the USAF. With this award, the Heaviside H2 aircraft began flight testing under Air Force direction.

Building on the H2 platform’s experimental success, Kittyhawk is now working on what will be its first commercial airtaxi vehicle. Scheduled for first flights in early 2022, it will demonstrate the features that make Kittyhawk’s strategy unique in the industry: remotely piloted; single-seat design is smaller, lighter and quieter than any other eVTOL air taxi; able to safely take off and land almost anywhere; target travel cost of less than $1/mile, which is less than rideshare services and less than one-third the target of other airtaxis.