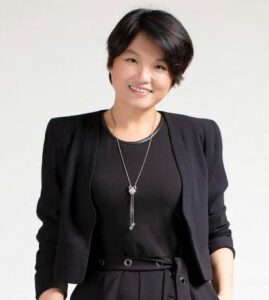 Ping An Group  @pingan_group
As one of China’s biggest insurers and asset owners, we are uniquely positioned to play a role in supporting the tr… https://t.co/LLzS3wxAGL
reply retweet favorite

Ping An Group  @pingan_group
What green economy has in store for us? What’s at stake for #climate #finance? How can we act faster, together, in… https://t.co/v8WvKE8UqD
reply retweet favorite

Ping An Group  @pingan_group
“With nearly 16 million migrating to the region in five years, there is definitely a lot of vibrancy and opportunit… https://t.co/6vNHK4rZTE
reply retweet favorite
Load more

Transforming Ping An into the world’s largest digital healthcare platform

Jessica Tan is co-CEO of Ping An Group, the Shenzhen-based second largest insurance company in the world, but with a responsibility far beyond insurance. She grew up in Singapore, and then studied Engineering and Economics at MIT. She spent a decade at McKinsey before joining Ping An in 2013

Ping An Insurance (Group) Company of China was founded in 1988 by Peter Ma as China’s first joint-stock insurance company. The name Ping An translates as “safety”.

Four years later, Ping An had expanded to become a national insurance company. In 1994, it stepped into China’s fledgling individual life insurance sector with the introduction of a new marketing system.

The same year, it became the first Chinese financial institution to allow foreign investors including Morgan Stanley and Goldman Sachs.  Banking joined the portfolio in 2003 when it acquired the Fujian Asia Bank; the Shenzhen Commercial Bank in 2006 and became Ping An Bank.

The company’s first steps beyond finance started in 2012 with the establishment of Lufax, a wealth management platform. Its aim was to provide an entry point into the fintech and healthtech sectors.

Tan joined Ping An in 2013 ready to guide Ping An’s ventures into new sectors. During her time at McKinsey, Tan worked for Ping An  as a client, helping them to establish a shared services centre in China. This led to a meeting with the Group’s founder. She initially joined as CIO.

Technology and research and development have now become the Group’s cornerstones, powering its retail financial services operations to a client base of more than 250 million retailers and around 700 million online customers.

As CIO and later COO, Tan developed a vision of “technology plus finance” as key to Ping An’s ongoing success. Lufax, Chinese car sales website Autohome and Ping An Smart City – which incorporates cloud computing, blockchain and artificial intelligence into traditional infrastructure – are just some of the Group’s ventures that have benefited from her tech-heavy approach. “Whatever business we enter, we have to be in the top three” she says.

“We’ve always been very aggressive on the digitisation front,” Tan told the McKinsey Quarterly in late 2020. “We now spend more than US$1.7 billion of our revenue [on technology R&D] every year. Even though we never really know how technology will change, we think it’s important to have these capabilities.”

The new ventures proved successfully locally, and a global opportunity started to emerge.  “We see an opportunity to expand our more tech-driven models overseas because they don’t require significant, in-depth local knowledge and the build-up of local resources, channels, customer preference,” she says.

She told MIT newsletter “I have one of the dream jobs that I worked hard for. I look after our entire group’s technology, operations but also a portfolio of new businesses. I run about 108 projects on my personal list. I oversee 11 of our 32 companies.”

In 2017 she started to focus on healthcare.

Ping An HealthKonnect (an online healthcare management platform that caters to 800 million people), Ping An Smart Healthcare (the medical arm of Smart City) and Ping An Good Doctor (a free end-to-end online consultation platform and the Group’s major foray into telehealth) were the fruit of these efforts.

She became Group Co-CEO and Executive Director in 2020, just as the Covid-19 pandemic infected the world. Good Doctor had become China’s largest online healthcare services platform. As the pandemic grew, visits to Good Doctor skyrocketed – by the peak of the pandemic, more than 1.11 billion virtual consultations had been undertaken.

Good Doctor generated more than $1 billion in revenue for Ping An that year. At the same time, HealthKonnect pioneered en-masse Covid testing in China, while Ping An Smart Healthcare’s digitisation scheme helped with social distancing.

“If anything, Covid has taught us that we need to be even more aggressive,” she told MQ . “We have 1.5 million employees, and I had contingencies for around 20 per cent of them to work remotely at any point in time.”

In 2021 she was recognised for her efforts during the pandemic with the #6 in the World’s 50 Greatest Leaders list. Fortune magazine named her the second most powerful woman outside of the USA.

She is a strong promoter of equality in the workplace, in particular  to raise the profile of women within the company. Ping An Life’s Talent Program has become a gateway for high-potential women to enter the insurance industry, while Ping An’s Mother’s Needlework charity, which encourages women from the Yi ethnic group to create and sell handcrafted goods, has recently been extended from China into Cambodia.

Under her leadership, inclusivity has become a major part of Ping An’s employment strategy; almost 50 per cent of the Group’s employees are women, as are more than three-quarters of Ping An Life’s senior business directors.

In her CNBC interview she says “I remember when I was made partner in McKinsey, they gave me two presents – one was a sword, one was a cute teddy bear. So, it was really two polar opposites. The same with work, I am ruthless; zealous if you will. With work, I have very high standards and quality and therefore, I give very tough feedback. People know there is a certain bar to work with me. If you’re not performing well, I tell you straight in the face. On the other hand, by nature, I’m a person who actually likes people. I am very caring to myself and to my folks. So, individuals who have worked with me – be it at McKinsey or Ping An – I care about them deeply.”