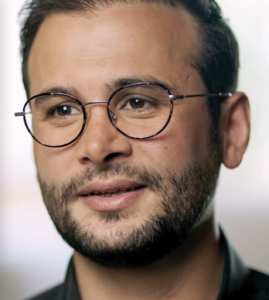 Eren Bali  @@erenbali
The problem other options is they start with a focus on either startups like Rippling, Zenefits etc or mid market l… https://t.co/Ew28wI17hK
reply retweet favorite

Bali is the founder of Udemy, an online education platform with 150,000 courses ranging from how to win at online poker to principles of quantum mechanics. However that's not enough for Bali, who is also founder of Carbon Health which is a modern, tech-enabled omni-channel healthcare provider. Both organisations have thrived during the pandemic.

Bali is the founder of Udemy, an online education platform with 150,000 courses ranging from how to win at online poker to principles of quantum mechanics. However that’s not enough for Bali, who is also founder of Carbon Health which is a modern, tech-enabled omni-channel healthcare provider. Both organisations have thrived during the pandemic.

He grew up in a small village in south-east Turkey, where one teacher covered at least five year groups of children, which forced him to become very self-driven in learning and everything else he did. “One day my parents bought my two sisters and me a computer including internet access”. He found a new way to learn, and a new world of opportunities.

Bali found online mathematics forums that prepared him for the Turkish Maths Olympiads. “Even though these forums were clunky and disorganised, they had a huge impact on my life.” He won a gold medal, and went on to secure a silver medal in the international version.

After leaving school, he dreamed of the internet’s power to create “a world where anyone could learn anything — from any expert in the world.” He tried to launch an e-learning business but failed. In 2010 he moved to San Francisco, working for several Silicon Valley start-ups. He linked up with two other young Turks in California to develop an e-learning platform. They pitched to over 30 investors, and got rejected every time. But it did build his resilience, which came in useful when they eventually got a break.

Bali has recently been ranked in the Forbes “30 Under 30” and Business Insider’s Top 100 Innovators, he brings his entrepreneurial drive and ambition to Carbon to reimagine healthcare and build the world’s largest hospital.

Udemy has become the world’s largest marketplace for online courses with more than 40 million students are mastering new skills from expert instructors teaching over 155,000 online courses in topics from programming and data science to leadership and team building. For companies, Udemy for Business offers an employee training and development platform with subscription access to 8,500+ courses, learning analytics, as well as the ability to host and distribute their own content. A quarter of its approved instructors have made at least $10,000 from selling their courses on the site — with some even seeing six-figure earnings. Most courses are free; about 30% charge a fee with prices ranging from $20 and $200. Popular courses see 500 students, some more than 5000.

Carbon Health is set on transforming the primary care, urgent care, and virtual care experience. With a team of expert physicians, engineers, and designers, it seeks to push the boundaries of medicine to deliver personal, accessible and high quality care. It aims to give patients connection to their medical records, quick access for immediate and ongoing healthcare needs, and a network of healthcare experts. It wants patients to feel as though they have an advocate – like a doctor in their family. With a growing network of trusted clinics, and an end-to-end platform that supports ongoing care management and virtual appointments, it ensures world-class care is affordable and always in reach.

In a recent keynote at the San Francisco Founder Institute, Bali compared his journey with the two different ventures, and described 5 learnings:

1. The Internet levels the playing field.

He compares the ability for entrepreneurs today to develop breakout global businesses, with the chess grandmasters – in the past you had to be born in the Soviet Union, today you could come from anywhere – as shown by the rise of the young Norwegian world chess champion, Magnus Carlsen. He reminds people of his own experience “I ended up self-training myself in advanced mathematics using the internet and nothing else”.

2. Some disruptions hide from entrenched competitors.

Talking about underlying factors of startups, he says, “to start a very successful company, two things have to happen at the same time. First of all, your idea has to work, has to be a good idea. In addition to that, it also has to be somewhat controversial idea – competitors don’t yet see them as threats, even after they’ve initially launched and already begun to disrupt the established market.

3. Entrepreneurs must actively network to fundraise.

5. Get out the door, and go talk to your customer.

His top tip is the most simple, go talk to your customer. Ideas are cheap, but strong execution on ideas is rare. Very few founders succeed by staying at their office desk or lab bench—instead, entrepreneurs solve problems by talking to real people who experience real problems. Asking prospective customers smart questions always saves entrepreneurs countless hours of wasted time.

Read more about Eren in his interview with Thrive Global