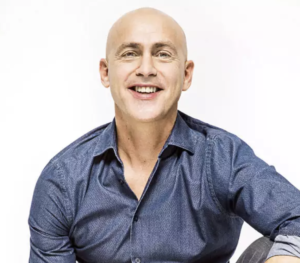 Andy Puddicombe  @andypuddicombe
@positivelyVDK @Headspace I could be wrong, but that sounds like a glitch in the system…I’m sure the @Headspace tea… https://t.co/cSuIHscuVw
reply retweet favorite

Andy Puddicombe  @andypuddicombe
@drkontiki2020 So sorry to hear of your loss. I remember recording that course and I’m so grateful it was helpful in some small way ❤️
reply retweet favorite

Andy Puddicombe  @andypuddicombe
@Urs2416 Yeah, I recorded so many meditations over the years and I believe it’s their intention to keep offering al… https://t.co/JjlGhBO55O
reply retweet favorite

Headspace was created with one mission in mind: to improve the health and happiness of the world. Launched in 2010, it was one of the first meditation apps, and now reaches more than 65 million users in 190 countries. It is committed to advancing the field of mindfulness through clinically-validated research

Andy Puddicombe’s journey to create Headspace, was prompted by tragedy. When he was 22, he was standing outside a London pub when a drunk driver ploughed into a group of his friends, killing two of them. A few months later his stepsister died in a cycling accident, and then an ex-girlfriend passed away during surgery.

He was in the middle of a sports science degree at the time, but amid the grief he dropped out. Seeking a complete life change, he decided to travel to the Himalayas totrain as a Buddhist monk. He ended up spending the next 10 years as a monk, which took him all over Asia, and involved him meditating for up to 16 hours a day.

Puddicombe says that the meditation helped him come to terms with life. “It gave me a shift in perspective – it taught me to focus less on myself, and instead bring greater happiness to others,” he says 24 years later.

In 2005 Andy returned to the UK to set up a meditation business, not a widely-appreciated practice at the time. One of his patients, Richard Pierson, was so impressed by his experience, that he suggested setting up a digital business together. They agreed a deal, where Pierson got free sessions, while building the app.

They funded their start-up by doing physical events. Soon, Virgin Atlantic asked to include their content in its inflight entertainment. Puddicombe’s voice, which narrates the app, soon became popular.

Today, they have over 300 employees, and the app, which charges $9.99 per month, generates over $75 million revenue, and was recently valued at $1.2 billion.

Just last month Bill Gates, wrote on his blog about how he became “mesmerised by the English accent” of Puddicombe, and despite being an initial sceptic of meditation, soon became hooked on Headspace. “The genius of Headspace was to take something as difficult and nuanced as teaching mindfulness meditation, and break it down into bite-sized, snackable videos, audios and practices,” says Gates. “This is how they transformed the industry and penetrated the global market.”