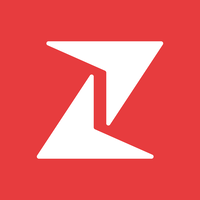 Zipline  @zipline
Our next stage of growth is taking flight! Deepak Ahuja will be joining Zipline as our Chief Business and Financial… https://t.co/x2PjKQdQXC
reply retweet favorite

Zipline's mission is to provide every human on Earth with instant access to vital medical supplies. In order to achieve this, the organisation has built the world's fastest and most reliable delivery drone, the world's largest autonomous logistics network.

In May 2019, Zipline moved into Ghana—and in less than a year reached 2,000 hospitals, covering 12 million people. “We knew how to work with [the country’s] civil aviation regulator, integrate with the public healthcare supply chain, set up distribution centers, and run maintenance [on the drones],” says cofounder and CEO Keller Rinaudo.

Zipline also develops its own hardware, avionics, and flight-control algorithms, which allows it to iterate on its technology. (It debuted a new drone model at the end of 2019.) The company is now applying its knowledge around the globe: It’s launching in India later this year, and has recently been tapped by Novant Health to bring medical supplies to areas in North Carolina.