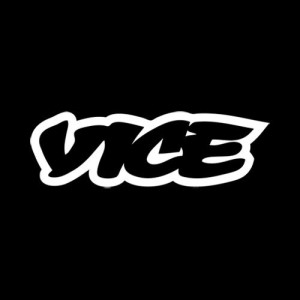 VICE UK  @viceuk
RT @VICEUK:“First the doctor placed her hand inside me, then she used a stick." https://t.co/mEw441m7j3
reply retweet favorite

Vice was launched in 1994 as a "punk zine" and has since expanded into a leading global youth media company with bureaus in over 30 countries. It includes the world’s premier original online video destination, a network of digital channels, a television production studio, a magazine, a record label, an in-house creative agency, a consumer insights team, and a book-publishing division.

It’s 1994 in Montreal, and three friends – Shane Smith, Gavin McInnes and Suroosh Alvi – decide to launch a free punk magazine called the Voice of Montreal. Two years later, the magazine drops the “o,” changing its name to Vice. By 2014, the business, having since relocated to New York and now known as Vice Media, has become a multi-platform news and entertainment group worth more than $2.5 billion.

Vice, however, is not just another news website or magazine. It has followed a different path. At a time when many legacy media organizations are struggling to stay afloat, Vice has found that magical point of convergence where good journalism, positive cash flow and (most elusive of all) the millennial attention span meet.

Recently, Vice Media has launched a full-fledged news division,  a 24-hour news network and raised $500m from investors excited by their ability to reach new audiences. For the company to have reached this point is largely due to CEO Shane Smith, who has emerged as Vice’s much-tattooed chieftain.

Even corporate advertisers love it, Vice includes among its clients the likes of Google, Levi’s and Intel, all of which have created branded content with Vice. According to Smith, Vice’s ad inventory is sold out on every platform, including its booming YouTube channel, across the next eight months. “Even when Vice was at its craziest and most zany and salty, we were still 50 percent ads,” says Smith. “I think that the skill lies in getting the brand what they want, which is brand lift, while also getting the content that we want out there, rather than the content that [brands] want or that everybody thinks that they want. Our success lies in finding brands that are sophisticated enough to realize that they should sponsor that content.”

Smith himself is known for being provocative, whether by announcing his intention to build Vice into “the next MTV, ESPN and CNN rolled into one” or by calling the competition (in this case, Gawker) “a bunch of bitches.” But it’s that same disdain for PR-friendly cautiousness that makes Smith such an effective leader, says chief creative officer Eddy Moretti. “I think [Shane] sees the media world, by and large, as a system that suffers from a bureaucratization and standardization of something that should be the most beautiful, human, cultural artistic thing,” Moretti says. “At the core of Shane’s vision is that if he holds onto that, he can cut through all the bullshit, and the company can continue to grow without losing sight of the secret behind its success.”

So what can we learn from Vice about the future of media?

1. Be platform-agnostic: Vice started out as a magazine and like others ventured online in the mid-to-late 1990s. Yet this was more than a print-to-digital transition. Vice publishes records, publishes books, makes TV programmes and produces films. It goes where its audience goes.

2. Know your audience: Subject, platform, treatment … that’s the recipe. It’s not enough to know what your audience likes; you have to know how they like it. “Young people have been marketed to since they were babies, they develop this incredibly sophisticated bullshit detector, and the only way to circumvent the bullshit detector is to not bullshit.” says Smith.

3. Have your own voice: Any decent publication will cultivate a tone of voice. But where others might opt for something collegiate and inclusive – collaborative, accessible and straightforward – the voice of Vice is challenging and rebelious. It is exclusive rather than inclusive (you’re either in the club or you’re not), it’s polarising and  provocative. Contributors and audience revel in it. “We want you to love us or hate us.”

5. Create some noise: This may mean social media engagement but it needn’t. Vice’s Twitter and Facebook shares are good but not spectacular. Creating some noise means more. First, it means getting readers and viewers to talk to each other about you face-to-face. Second, it means getting the rest of the media to talk about you (think Dennis Roadman in North Korea!).

6. Make money (without losing audience): This is the delicate balance. Vice generates significant revenue through sponsored content. Clients, past and present, include Intel, North Face, Dell, Nike and Red Bull. So far its audience is onside. Perhaps this is down to the skill of its film-makers, a rigid divide between (editorial) church and (advertising) state, or an uncanny knack to pick brand partners that perfectly reflect the attitudes of its followers.