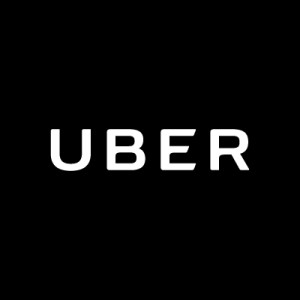 Creating disruption on the streets of the world's big cities

Uber is changing the way the world moves, connecting riders to drivers through its technology platform. The potential to "uberfy" almost any type of business is obvious.

Launched in 2010, Uber is known for its taxi, private car, and ride-share hailing services. Using the company’s app, Uber users hail rides from contract drivers at a variety of price points–often lower than those of traditional taxis.

In 2015, the company turned its sights on the business world when it launched a messenger service called UberRUSH; Uber for Business profiles to make it easier to separate a personal account from business use; and UberEvents to help event organizers prepay for rides and distribute Uber passes to attendees.

In 2014, the popular service delivered 140 million rides, and in 2015 the company was valued at more than $50 billion–making it the world’s most valuable startup.

Uber’s most valuable asset is its data, which has been an important part of Uber’s business since it first launched. In addition to using user data to improve the Uber experience, the company has also locked in deals to monetize its data with other companies.

In 2015, Uber launched a partnership with Starwood Hotels & Resorts that allows Starwood Preferred Guest members to get points whenever they take an Uber. In return, customers let the ride-sharing company pass useful data onto Starwood. But data has also been at the center of some controversy for Uber, which has been accused of mishandling the reams of data it collects from user rides.

And while Uber uses data analysis to determine when to deploy its “surge pricing” during times of high demand, the company has also come under fire from the incumbent taxi industry for its highly competitive low pricing, which has helped it disrupt that sector.

Uber has also gone head-to-head with taxi unions in some cities, like Paris, for UberPop, its service that relies on non-professional drivers, who aren’t required to pay the steep licensing required of traditional taxi drivers.

Uber is currently available in 68 countries, but it plans to double down on what could be its biggest markets yet: In 2015, Uber invested $1 billion in expansions in India and raised $1.2 billion to expand its presence in China.