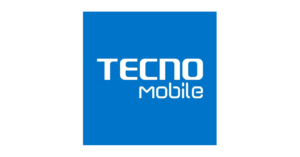 The leading smartphone in Africa

Tecno Mobile is a Chinese mobile phone manufacturer based in Hong Kong. It was established in 2006. It is a subsidiary of Transsion Holdings. Tecno has focused its business on the African and the South Asian markets.

One of China’s biggest smartphone makers has never sold a handset in the country. Yet thousands of miles away, it dominates markets across Africa. Unknown in the West, Transsion has left global players like Samsung and Apple trailing in its wake in a continent that’s home to more than a billion people.

In cities like Lagos, Nairobi and Addis Ababa, busy streets are awash with the bright blue shopfronts of Transsion’s flagship brand, Tecno. In China, the company doesn’t have a single store, and its towering headquarters in the southern megacity of Shenzhen goes largely unnoticed among skyscrapers bearing the names of more famous Chinese tech firms.

The company took a different path to success from other top Chinese smartphone makers such as Huawei and Xiaomi, which started out in China before eventually expanding overseas. Transsion built its business in Africa. And it has no plans to come home.

In Edna Mall on the bustling Bole Road in Addis Ababa, the capital of Ethiopia, Mesert Baru poses for her Tecno Camon i. “This phone is seriously nice for selfies,” says the 35-year-old shop assistant, admiring the picture she just took.

Mesert’s satisfaction is no accident. Tecno cameras have been optimized for African complexions, explains Arif Chowdhury, vice president of Transsion. “Our cameras adjust more light for darker skin, so the photograph is more beautiful,” he says. “That’s one of the reasons we’ve become successful.”

Transsion founder George Zhu had spent nearly a decade traveling Africa as head of sales for another mobile phone company when he realized that selling Africans handsets made for developed markets was the wrong approach.

His timing could hardly have been better. By the mid-2000s, the Chinese government, under its “Going Out” strategy, was encouraging entrepreneurs to look abroad and forge stronger ties with African nations in particular. Cell phones were spreading rapidly in China, but in Africa — which has a roughly similar population — they were still a very rare luxury.

Africa, in other words, could be the new China.

“When we started doing business in Africa, we noticed people had multiple SIM cards in their wallet,” Chowdhury says. They would awkwardly swap the cards throughout the day to avoid the steep charges operators would levy for calling different networks, says Nabila Popal, who tracks the use of devices in Africa for research firm IDC. “They can’t afford two phones,” says Chowdhury, “so we brought a solution to them.” Zhu made all Tecno handsets dual SIM.

More innovations followed. Transsion opened research and development centers in China, Nigeria and Kenya to work out how to better appeal to African users. Local languages such as Amharic, Hausa and Swahili were added to keyboards and phones were given a longer battery life.

Extra power was important. In Nigeria, South Africa and Ethiopia, for example, the government frequently shuts off electricity to conserve power, leaving people unable to charge their phones for hours. In less developed markets, such as the Democratic Republic of Congo, Chowdhury says, consumers might have to walk 30 kilometers to charge their phone at the local market — and have to pay to do so. “For those kind of consumers, longer battery life is a blessing,” he adds.

Sewedo Nupowaku, the Lagos-based CEO of entertainment company Revolution Media, says he switched from a Samsung S3 to a Tecno L8 for this reason. “I can spend 24 hours constantly talking, browsing on this phone, no problem. With a Samsung, no way.”

But perhaps Transsion’s smartest move was its pricing. It has three main brands: Tecno, Infinix and Itel. Most of their feature and smartphones sell for between $15 and $200.

“About 95% of Transsion smartphones cost under $200,” says Mo Jia, an analyst at technology research firm Canalys. “They are the king of the budget smartphone.”

Less than a decade ago, Chinese phones were barely on the radar in Africa. In 2010, Nokia and Samsung dominated sales across the continent. By the first half of this year, Nokia’s share of the market had collapsed and Samsung was selling only one in 10 phones. Transsion had come from nowhere to take more than 50% of the market, according to Canalys. For smartphones alone, it accounts for nearly a third of all sales in Africa, according to IDC.

Apple has been complacent about African markets, Jia says, because it deemed the slim profit margins on low-cost phones not worth fighting for. Transsion, on the other hand, is happy to work with tight margins, he adds. Apple didn’t respond to requests for comment.

Transsion’s rise reflects the wider role Chinese firms now play in providing the technology people across Africa use to communicate, including the high-speed internet networks on which smartphones rely. The Shenzhen-based company is now looking to IPO, and currently valued at $4billion.