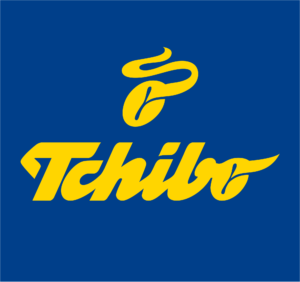 Tchibo Coffee Online Shop  @TchiboShopUK
Make the most of your summer with one of our refreshing smoothies! ☀️ Check out the full range on our Online Shop. https://t.co/Wf4sIqbYR7
reply retweet favorite

A new experience every week

Germany's favourite coffee brand, has spread its retail concept across the world, offering everything from flowers to mobile phones, with a constantly changing range. Pop in for a coffee, and to see what's new!

“For generations, Tchibo has been the professional home of change-makers, seekers of opportunity and innovation drivers – because it is our business to keep reinventing ourselves. That is how we continually meet the taste of the times with our coffees – and how we keep inspiring our customers week after week with clever new products that add that certain something to life.”

Founded in 1949 in Hamburg, Tchibo GmbH is now one of the most successful international consumer goods and retail companies. In Germany, Austria, Poland and the Czech Republic Tchibo is the market leader in roasted coffee – and the Tchibo, Gala, Davidoff Café, Eduscho (Austria) and Jilhavanka (Czech Republic) brands exist as great retail and product brands. Online shops in Germany, Austria, Poland, Switzerland, Czech Republic and Turkey take the diversity of  offerings into our customers’ homes at the click of a mouse.

Here is the Tchibo timeline:

1949. Hamburg native Max Herz, a merchant by training, and his business partner Carl Tchiling Hiryan lay the foundations for today’s Tchibo Group. Their business idea of sending roasted coffee to customers by mail revolutionises the coffee market. Tchibo was very innovative even back then: customers could choose between having their coffee packed in tins or sewn into pouches made of handkerchiefs or tea towels. In particular, the Mocca Festtagsmischung (Festive Blend mocha) is a bestseller at 13.50 DM per lb.
The name Tchibo is derived from the words Tchiling and the German for ‘bean’ (‘Bohne’). At first, the word ‘Tchibo’ stands for a droll little manikin. Among other things, he spreads news about the roasted coffee on fliers and later in the customer magazine.

1952. Tchibo magazine is published monthly with the latest fashion tips, entertaining stories, recipes for tight budgets, clever sewing patterns, novels and beauty tips, as well as horoscopes. The magazine, unique in its field for many years, is enthusiastically snapped up.

1953. As well as having fresh coffee delivered by mail, the people of Hamburg can now buy it in the building next to the roasting plant onHoheluftchaussee – directly from the factory. “The coffee packets were practically flying off the shelves,” recalls a former Tchibo employee.

1954. The arrival of Tchibo Gold-Mocca! Gold-Mocca rapidly becomes Germany’s most popular coffee blend. The special feature of Gold-Mocca is that it is a blend of nine different coffees. Until then, mocha blends were usually made from a maximum of five. And it’s not just the coffee that keeps customers happy: a see-through container it is sold in is also very popular.

1955. The first Tchibo shop opens its doors at 10 Caffamacherreihe, Hamburg. It lets customers sample a cup of coffee before buying a whole packet. A cup of Gold Mocha with sugar and cream costs 20 pfennig. Each issue of the mail-order magazine contains a double-page spread with Little Tchibo touting the virtues of the “direct route”: at Tchibo, everything is handled under one roof – the whole coffee business from the coffee-growing countries to the customer.

1958. There are now 77 Tchibo shops in Germany, with another one opening almost every week. Max Herz travels throughout Germany with his wife, Ingeburg,looking for top locations. He renovates and refurbishes the shops and trains up new staff. By 1965, there are already well over 400 shops.
Tchibo’s Gold-Mocca brand is number one on the German coffee market.

1961. Wensley Ivan Frederick William Pithey makes his first television appearance for Tchibo. This marks the beginning of one of the longest-running relationships between a company and its advertising figurehead in the history of advertising. The coffee expert Mr. Pithey travels to coffee-growing countries, inspecting coffee plants, sailing with the coffee on ships and advising customers in the shops. Mr. Pithey is used until the early 1980s.

1962. From 1962 ‘Tchibo’ no longer refers to the manikin, but to the coffee and the firm. The company is now officially called Tchibo Frisch-Röst-Kaffee Max Herz GmbH.

1963. Tchibo opens ‘Frischedepots’ (Freshness Depots) in bakeries and confectioneries. By 1971 there are already close to 2,900 depots. A new era for coffee connoisseurs begins with the introduction of the first mild coffee variety.

1973. Tchibo coffee expands its traditional range and starts to sell Non Food items without coffee in its shops. Early bestsellers are table sets and breakfast boards.

1977. The second large roasting plant goes into operation in Berlin.

1984. Tchibo introduces its espresso machine ‘picco’ to the market. More than 200,000 machines are sold in the first year. The ‘Feine Milde’ variety is Tchibo’s top-selling roasted coffee.

1985. The freshly-roasted coffee bean is launched as a catchy, memorable symbol of Tchibo’s high quality.

1986. Tchibo shops are selling ever more specialty coffees – and snacks too.

1987. The ‘Frischedepot’ system is extended to supermarket retail – Tchibo Coffee and Non Food are now available in many supermarkets. Fine coffees have their own personalities, just like good wine. From October 1987, Tchibo’s Privat Kaffee (Private Coffee) range offers the best coffees from selected producer countries. Each variety has its own distinctive flavour.

1991. The expansion into Central and Eastern Europe begins: Tchibo opens offices in Hungary (Tchibo Budapest) and Slovakia (Tchibo Slovensko). The first site in the Czech Republic is founded, in Prague. Tchibo Coffee Service enters the market in Britain.

1992. Launch of Tchibo Poland and market entry into Hungary.

1993. Founding of a Slovakian branch office in Bratislava – this site is later relocated to Prague.

1997. Tchibo Holding AG acquires the Eduscho group of companies. Tchibo enters the travel business. In 2007, more than 225,000 customers book their travel through Tchibo. Tchibo also uses the Internet as a new distribution channel for the first time – all products can now be ordered online.

2000. The first Tchibo shop in Greater London is opened. Tchibo increases its business involvement in Eastern Europe by entering the market in Romania. Mail-order and e-commerce are introduced in Austria.

2001. For the first time, Tchibo offers a complete set of golf clubs as well as the ‘play golf’ card, giving those interested in the sport an inexpensive way to start playing. Tchibo launches its direct-to-customer business in the German-speaking Swiss market.

2003. Tchibo is Germany’s biggest coffee shop operator. Tchibo offers exclusive tickets at a uniquely low price to see star tenor Luciano Pavarotti, giving the wider public a chance at ‘A Night to Remember’. Tchibo opens Europe’s biggest high-bay warehouse in Bremen. Tchibo offers cars for sale for the first time; in cooperation with FIAT Automobil AG, the Fiat Stilo ‘TCM Edition’ goes on the market at €14,990. From September 2003, customers can also order flowers via www.tchibo.de. They are delivered in cooperation with Blume 2000.

2004. Tchibo mobil is founded, revolutionising the mobile phone market. The joint venture between Tchibo and O2 Germany is the first provider to offer an affordable mobile flat rate.

2005. Cafissimo launches. It is the firstsingle-serving system in Germanycapable of preparing three different coffee specialties in just one machine.

2006. Tchibo launches a new marketing platform: innovative services. Whether it is correspondence courses, concert tickets or crafts, Tchibo offers regular surprises for customers, delivering compelling value-for-money at exceedingly fair and transparent terms and conditions. Since 2008, these services have been offered under the ‘Tchibo Plus’ brand. In Turkey, the first Tchibo shop opens in Istanbul Cehavir, Europe’s biggest shopping mall.

2008. The ‘A new experience every week’ slogan is complemented witha new campaign – ‘Only at Tchibo!’ – which is now used in advertising and promotions across all Tchibo divisions.

2009. Launch of the Turkish online shop. Tchibo celebrates its 60thanniversary

2011. Tchibo launches into the world of social media with various channels of its own – a Facebook fan page, a Twitter account, a Xing company page, a Google Plus page, a YouTube channel, and a corporate blog that will go on to win many awards in the following years.

2012. Award-winning efforts: “Do good and talk about it” urged the German Business Ethics Network (DNWE) at the presentation of its Business Ethics Award. Tchibo is honoured for its achievements on the path towards becoming 100% sustainability in all areas of our business.

2013. Tchibo wins the German government’s inaugural CSR Award, a prize that serves as both confirmation and obligation. We are honoured for our exemplary business activities, which are comprehensively geared towards sustainability and social responsibility

2013. Download and buy – German customers love having convenient smartphone access to our world of shopping using the Tchibo app or the mobile-optimised web shop. Within days, Tchibo tops the list of the country’s most popular apps. At times, the number of downloads surged so steeply that on one day the app was actually second in the Apple Store download charts.

2013. Launch of cross-channel services: “Tchibo makes it easy!” Order, pick up, exchange – by linking its sales channels and the online and offline shopping worlds, Tchibo provides its customers with a seamless shopping and service experience. All Tchibo shops are equipped with iPads for ordering online, on-site.

2014. Leap to world leadership: Tchibo is the third-largest retailer of organic cotton worldwide – another step on the way to Tchibo becoming a 100% sustainable business. The ranking was published by the non-profit organisation Textile Exchange in its Organic Cotton Market Report.

2014. Launch of the “Tchibo Lieblingsstücke” (Tchibo Favourites) range – for the first time, Tchibo bestsellers including linens, crockery, socks, and many other items are permanently available in the online shop and can be ordered throughout the year by our customers.

2015. Tchibo FOR BLACK ‘N WHITE – Tchibo launches its first major coffee filter innovation in a decade. Thanks to a special slow-roasting process, the new FOR BLACK ‘N WHITE coffee has a distinctive full-bodied flavour– whether taken black or with milk.

2015. Tchibo auctions: whether for a wellness holiday, musictickets, a digital radio or bicycle – customers can bid ‘their’ price. The best price wins!

2016. A screw cap for coffee packages! Customers now have an ideal way of sealing the package to preserve the freshness of the beans – the cap protects the coffee better than conventional methods such as rubber bands, tape and the like.