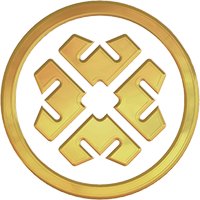 TATCHA Beauty  @tatcha_v
@annaksnow It's an honor to be caring for your beautiful skin! 💜
reply retweet favorite

Beauty inspired by the Japanese Geisha

Vicky Tsai was sitting at her Merrill Lynch analyst desk watching 9/11 as it happened. It made her realise that there must be a better world. She started to explore the world, culture, and spirituality. She was taken by Asian culture, and in particularly the secrets of the Japanese geisha. Tatcha was born to share the geisha's wisdom with modern women everywhere, and to further the belief that true beauty begins with the heart and the mind.

After a decade of working for large corporations, Vicky Tsai yearned for simplicity and authenticity in her life. On a trip to Kyoto, she discovered a world of pure beauty, craftsmanship and heritage. A chance encounter with a modern-day geisha changed her life.

The beauty secrets she learned from the geisha introduced her to a different approach to skincare — that less is more. Their skin care philosophy and time-tested ingredients were captured in an ancient text widely considered to be the oldest beauty book written in Japan, and perhaps the first such work of its kind. Within its three delicate, thread-bound volumes are seven chapters devoted to beauty and elegance in both appearance and spirit. This special guide informs and inspires our collection.

Among the many titles Tsai holds at Tatcha — founder, CEO, product developer, sushi connoisseur in chief — the one on her business card suits her best: Chief Treasure Hunter. A Harvard Business School graduate turned globetrotting beauty expert and explorer, Victoria splits her time between the Bay Area and Japan, where she travels frequently to work with scientists, researchers and modern-day geisha to create formulas for the Tatcha collection.

She created the line after suffering from acute dermatitis and developing a keen awareness about the importance of ingredients used on the skin. Pregnant with her daughter, Alea, at the time, she made certain every product would be as gentle and safe as it was effective.

Here is an extract of a recent profile in Entrepreneur magazine:

Vicky Tsai has been on a continual hunt to find that ideal combination of living simply and naturally and appreciating this life. And her journey reminds us all that if you have a problem or an issue, odds are good someone else is suffering from it as well.  So fix it and build your business around the solution.

As a fixed-income analyst at Merrill Lynch, Tsai worked in the World Financial Center, which was across the street from the Twin Towers. So she saw everything on 9/11. And everyday thereafter. “Every time they recovered another body we knew because they would cover it with the American flag,” remembers Tsai.

And then her once-athletic husband got very sick for the next two years after the attacks. “And they still don’t know what happened,” she says. “Plus I just didn’t believe in what I was doing anymore,” says the Jersey Girl, whose parents came from Taiwan.

So she knew it was time — they had to get out of there. Life is a gift, she says. Don’t waste it.

She went back to business school and got a job launching consumer products in China. But she made the grave mistake of testing way too many of those products on her own face. She ended up with acute dermatitis – which is basically a bleeding, blistering red rash – and couldn’t find anything to cure it.

In the process of researching a treatment for herself, she learned that the FDA has no oversight over cosmetics here in the States. “Ingredients are innocent until proven guilty here,” she says. “There are no advance protections in place for consumers.” And the chemicals in some of the products she tested were obviously the reason for her current condition.

We often forget that the skin is the body’s largest organ and 60 percent of what you put on your skin passes right through into your body. So Tsai got completely turned off by the cosmetics industry and went “the natural, granola route, but that didn’t work either,” she says.

When flying through Japan one day, she came across these blotting papers – thin papers you use to pat your skin and absorb the excess oil. They were made from the abaca leaf, which is more fibrous that a banana leaf, and hammered into a super-thin sheet.

Her skin started to dramatically improve with these papers and she learned that the Geisha used them.

Geisha, which means arts person, are considered almost sacred in Japan. They are the female version of Kabuki actors.

Thanks to inaccurate accounts of sexual promiscuity, they have closed down their access to the rest of the world. “They don’t want to be taken advantage of,” says Tsai.

But she went back to Kyoto, the center of Geisha tradition, to find them anyway because she needed to know more of their beauty secrets.

When Tsai met her first Geisha she was blown away by her beautiful skin – with that white makeup and without makeup. “It was magical to meet her,” she says.

She learned that what they put in their bodies they put on their skin. But they didn’t write anything down. For more than 300 years, these traditions were just passed on.

She eventually heard that there was one book with all the details, written 200 years ago.  When she finally got her hands on it and had it translated, “I didn’t know whether to be delighted or disappointed,” she says.

In the Western world, we are taught to believe that future discoveries must be better than what happened in the past.

But certainly not in this case.

“Visiting Kyoto was like walking back in time. Craftsmanship and integrity are still part of everyday life,” says Tsai. It inspired her and made her believe in something again. And she wanted to keep that feeling with her at all times.

It was then she decided to create a company that embodied these simple, old principles.

She sold her engagement ring and car to finance it. She took on consulting jobs and was even the superintendent of a building to make ends meet.

She found two partners and began the process of creating products — those blotting papers — made from these few ingredients.

When the first 10,000 arrived in big wooden crates, she panicked. “I really hoped other people were as obsessed with this piece of paper as I was” even though it wasn’t new or technologically advanced, Tsai says.

They put up a little website, “and there were crickets,” she says. The only people who purchased were a few good friends, whom she is forever grateful to.

She tried to hire a PR agency but they all turned her down.  So she sent samples to magazine beauty editors and makeup artist.

And then people took notice. She was soon in every magazine, including O, the Oprah Magazine, and on the Today Show. Calls from stores started coming and today her blotting papers now are in every Hollywood star’s handbag.

Her skincare, all made with the same ingredients that the Geisha used, has taken off as well. While the company is private and doesn’t release numbers, 2014 results were made available and total revenue was $12 million.

Everyone asks Tsai about her “exit strategy” because that seems to be the top question when your company is headquartered in San Francisco.

But there is none. “I am on the 100-year plan,”  she says. Her intent is to leave the company for her daughter and she wants it to stay in the family for generations to come.

In 2014 they started a partnership with Room to Read, an organization committed to improving our children’s education. So every full-sized Tatcha skincare purchase funds a little girl’s day of school. She has since funded more than 1,500 years of school for girls in 11 countries.

“That is how I measure my success,” she says. That’s how we all should.  Life is a gift. Live simply.

Go start your own treasure hunt.