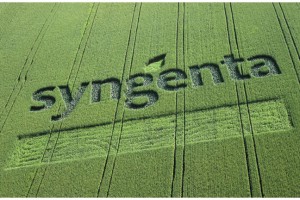 Syngenta  @syngenta
Some of our top #innovations in seed treatment were showcased this week at our Global #Seedcare Conference, where o… https://t.co/GfBQZgOx6C
reply retweet favorite
Load more

Biochemists of the world’s future food

As populations rise, and farmland diminishes, Syngenta is applying science to every aspect of food production, finding better ways to feed the changing world and also improve health.

Every day out planet wakes with 200,000 more mouths to feed and more farmland lost to erosion. Many people who produce the world’s food live themselves in poverty. At the same time sea levels rise, deserts replace farmland, biodiversity declines and we continue to use the Earth’s resources 50% faster than we replace them.

Syngenta applies science to nature to address these formidable challenges. Formed in 2000 by a merger of Novartis and AstraZeneca’s agrichemical businesses, it defines a purpose “to bring plant potential to life”. This might be in created new types of seed that can thrive in harsh environments, provide more nutrition to more people, or in protecting existing crops from disease and damage.

Of course “genetically modified” crops can often draw a negative reaction from consumers who seek authenticity, and fear the disruption of natural processes. Yet it is a scientific response to an unnatural, polluted environment which people have created. It also establishes a creative tension, to balance innovation and sustainabiliy, but Syngenta seeks scientific solutions that promote healthiness, and rescue billions of people from malnutrition. Food security will become a huge global issue as populations grow, sea levels rise, and agricultural land turns to desert. Syngenta’s first priority is therefore to make farms more productive. As well as crop nutrients, it also includes new growth techniques and distribution models, improving yields, reducing waste, and reaching new markets.

Syngenta’s Good Growth Plan commits by 2020 to make crops more efficient, increasing crop productivity by 20% without using more resources. It seeks to rescue more farmland, improving the fertility of 10 million hectares, and to enhance biodiversity on 5 million hectars. To achieve this it will particularly focus on small farms, where it believes it can make much bigger improvements, whilst also improving farming skills and processes, particularly in developing markets.

Pivot points for Syngenta in “changing the game” of agriculture were

Whilst the business operates in 90 countries, product development in consolidated in one place, and then tested in different environments. New hybrid seeds produce crops more resistant to disease and hot weather, whilst new bio-friendly sprays protect crops from pests. In the last five years reveneues have growth by 45% to $15bn, and doubling net income. New products now account for around 10% of sales, and growing fastest.