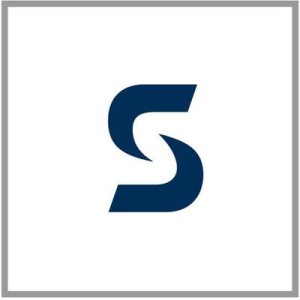 Surf Air  @surfair
RT @ByERussell:Surf Air Mobility is the latest to sign on to electric planes. The company has reached an agreement to acquire hybr… https://t.co/xyDaDqA1IQ
reply retweet favorite

The "Netflix of the skies" takes off in Europe

There’s a smarter, better way to fly in Europe. Since 2013 Surf Air has delivered all-you-can-fly subscription air travel between key cities in California, and now its taking off in Europe, with the same revolutionary unlimited travel business model.

Flying has never been fast and easy, and certainly not as easy as watching a movie on Netflix, listening to music on Spotify, or jumping into an Uber taxi. There is the hassle of searching through schedules and flights times, booking tickets, selecting seats, checking in, waiting, queuing, boarding, and much more. But no longer.

A new generation of airlines has landed, challenging the very idea of booking a seat on a plane.

First there was Victor, described as “the Uber of private jets”, trying to democratise luxury air travel but still with multi-thousand pound tickets. The UK startup works much like the taxi service. Prices vary depending on time, place, and the size of each airplane. The cheapest fare I found was a flight to France for £450 per seat, if you have seven friends who fancy a bit of impulse wine-tasting. Victor claims to be cheaper and more transparent by removing additional fees and partnering with aviation suppliers, so there’s no need for brokers who might hike up costs through commission, CEO and founder Clive Jackson says. It even has a “Pets on Jets” service, for those obsessive chihuahua owners.

But it still didn’t transform the business model, like Reed Hastings or even Elon Musk might seek to do. So how about an unlimited travel subscription model?

Imagine flying as often as you want, anywhere and anytime, for one monthly fee?

I remember exploring this exact concept when managing marketing at British Airways. We called it the Pegasus Pass, the ability to jump on any plane as often as you wanted. We calculated that even the busiest traveller flies no more than 20 flights per month, and the ability to offer the simplicity of travel (albeit with a headache of capacity management!) was worth it. At the time we couldn’t make it work, because of old rules (like needing paper tickets – remember them – with the IATA convention typed on the back). Now a former colleague from my days at BA has set up a new airline for Europe, doing exactly that.

The first thing you should know about Surf Air is that it’s an airline without prices. “We’ve avoided that rather confusing mist of airline pricing these days. When you book on Surf Air you don’t see prices because for our members all of our flights are free,” says Simon Talling-Smith, the former vice president at British Airways, and now CEO of Surf Air in Europe. You join an exclusive card, all you need is your membership card.
Surf Air really is an all-you-can-eat subscription business, targeted specifically at business travellers who fly regularly around Europe, with a price of just £1495 per month (for flights under 600km, or £2995  pm for any distance, plus a £1,000 signup fee), which is cheaper than one business fare across the Atlantic.Surf Air Europe will initially operate daily flights between London, Cannes, Geneva and Zurich, and weekly flights to Ibiza and more destinations like Dublin, Paris, Amsterdam and Barcelona to follow.
For these frequent fliers time is money, and Talling-Smith believes that by offering unlimited travel with the ability to arrive at an airport 15 minutes before take-off and be back on the road 5 minutes after landing, people will pay for that privilege. You can also book your seat with a tap on your smartphone in under 30 seconds, again because there are no payments to be made and Surf Air already has its member’s passport details.

Surf Air was launched in 2013 by Mucker Lab, a Los Angeles business incubator, charging $1,750 a month. Fly as much as you want. Arrive a few minutes before takeoff. Park for free. Forget TSA security; you don’t even need an ID to board. And then get comfortable, every seat is both a window and an aisle.

In the first 2 years Surf Air grew to 1,400 members, with a waiting list of 600. The original business plan targeted business people traveling between Southern California and Silicon Valley. Now the Santa Monica company is gearing up for a major expansion to four other California markets by October: Santa Rosa, Monterey, Sacramento and Palm Springs.

Surf Air hoped that with its entry into those cities, chosen because they are gateways or popular as weekend getaways, it will evolve from a business airline into one that includes personal lifestyle travel.

At a time when commercial air travel is universally loathed, Surf Air has become a gamechanger among entrepreneurs and venture capitalists. About a third of its passengers work in the tech sector; others include lawyers, consultants, real estate agents, sales and advertising reps, entertainment types and retirees.

After a much-hyped launch, the airline by early 2014 was struggling and had signed on just 225 people. Members complained that the flights they wanted were always booked, while prospective customers languished on the wait list for months. Flight delays and cancellations were also a problem.

“We didn’t have a lot of confidence in the model at that point in time,” said William Woodward, managing partner at Anthem Venture Partners, which led Surf Air’s seed and Series A rounds.

Those growing pains led to a shake-up that saw the exit of co-founder and Chief Executive Wade Eyerly and other executives. Eyerly recently announced that he would be launching a similar all-you-can-fly private membership airline serving the Northeast.

At Surf Air, the controls were handed over to longtime membership and aviation executive Jeff Potter, who was brought in because of his experience running a major airline as the former chief executive of Frontier Airlines. Potter, who is CEO, and Executive Chairman Sudhin Shaman have now launched a multiyear growth plan across to shake up the airline world. Simon Talling-Smith is making it happen in Europe.