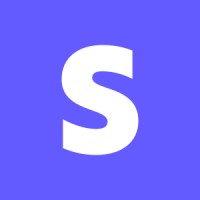 Stripe  @stripe
@TeriRadichel We will attempt to email you again shortly to help you with the password reset. Apologies for the trouble so far!
reply retweet favorite

Launched in 2010 by Irish entrepreneurial brothers Patrick and John Collison, originally called /dev/payments, the payments processing software and APIs for online platforms, and has received $1.6 billion funding and is now valued at $36 billion. Stripe describes itself as a technology company that builds economic infrastructure for the internet. Businesses of every size, from new startups to public companies, use Stripe’s software to accept online payments and run technically sophisticated financial operations in more than 100 countries. Stripe describes its purpose as "to increase the GDP of the internet".

The rapid shift of all forms of transactions online – from shopping to entertainment – is good news for digital payments platform Stripe.

Brothers John and Patrick Collison started Stripe in 2010 to make the whole digital payments space easier. The hurdle with payment platforms, as they saw it, wasn’t on the finance side. Difficulties more often were due to coding and design issues. That’s when they decided to build a developer-focused instant-setup payment platform any company could use and scale.

Today thousands of companies, including Amazon, Slack, Glossier, Shopify and Under Armour, use Stripe’s software tools to securely accept payments from anywhere in the world. The company makes money by charging these customers a swipe fee of 2.9%, plus 30 cents for every transaction it processes (the same as PayPal). The money comes on top of $250 million raised in September. No word from either Collison brother about when — or if — they will take their company public.

In 2019, Stripe announced the formation of Stripe Capital, a lender for customers’ small businesses. Securing financing from traditional banks is time-consuming, and lending standards often are overly strict. Stripe Capital will advance funds to a small business, usually within a few days. The business will repay the loan by giving Stripe a fixed percentage of daily sales until the loan is paid off.