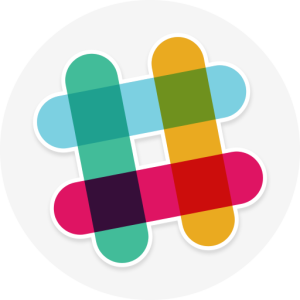 Matt Slack  @slack
Me, in a hammock: Maybe I should buy one of those hammock rain covers to get more shade… They’re kind of expensive… https://t.co/tI8n4HYojQ
reply retweet favorite

Matt Slack  @slack
RT @jwz:Today I have seen a lot of politicians vowing that "the fight is not over" but when they get to the part that goes… https://t.co/Gqncj6Vo0t
reply retweet favorite

Matt Slack  @slack
@mikeindustries A few years ago I recall you (pretty sure it was you) were looking for a non-Ring™ doorbell camera.… https://t.co/cu0q79SUkA
reply retweet favorite
Load more

The creative home of our working lives

Slack's mission is to make your working life simpler, more pleasant and more productive. It is the fastest growing B2B application ever and is used by 2 million daily active users.

Slack is a cloud-based team communication tool cofounded in 2013 by Canadian entrepreneur and now-CEO Stewart Butterfield.

Slack was originally meant to be an internal communication tool at Butterfield’s small company Tiny Speck, as his team developed the now-defunct online game Glitch. But by 2015, Slack had become a tech and media darling for its ease of use and fun in-app features.

It works by offering communication over topic-based “channels” in the form of Internet relay chat that allows collaborators to tag each other in conversation, “star” responses, and even share files in the thread of a chat.

It also offers private groups and direct message formats, as well as joyful features like a GIF-generating hack that pulls content from another playful company, Giphy, into a chat using a simple keyword text command.

That’s because Slack has succeeded where other collaboration platforms have failed: It makes company communication not just easy, but fun. Its elegantly designed chat rooms and intuitive interface allow for instant team communication, essentially eliminating the need for email chains.

The app is even being hailed by some as the death of email at work. Indeed, teams using Slack (which include those from Pinterest, eBay, NASA, and the U.S. Department of State) report a 49% reduction in emails sent, and some companies are using Slack as a de facto content management system.

The New York Times used it to live-blog a Republican debate leading up to the 2016 election. Individuals are creating channels for their friends and families, too. And Slack’s open API means it integrates easily with other platforms like Gmail and even Uber – one more reason the platform is much more than an enterprise communication tool.