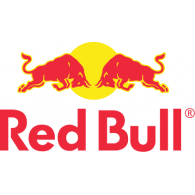 Red Bull changed the game of energy drinks. But it is much more than a drink, it’s a brand that reflects an attitude to life, and can therefore do more. In fact it has become a media company, with some of the world’s most extreme physical events, amplified as digital content. Not as a promotion for its drinks, but as the core business, with drinks on the side.

A snowboarder glides up-side down over a forest of trees and sticks his hand out to brush the top of a tall pine. He does it so casually, whilst a high-speed camera catches the treetop moment, just another glimpse of Red Bull action. In fact you might be forgetting that Red Bull is actually a drink. The logo is everywhere at these events, but the brand is more than an energy drink.

“Red Bull gives you wings” says the slogan, emblazoned across the sky by stunt aircraft taking part in the brand’s Air Race in front of millions of spectators crowded along the banks of the Danube in Budapest. It’s the same message at the Flugtag, when homemade aircraft take flight and flop just a quickly, of the Cliff diving, from the tall buildings into Boston Harbor, or the Soapbox race, when rickety go-karts hurtle down a mountain side. It’s all pure adrenalin, and fabulous entertainment.

In 1987 Dietrich Mateschitz was in Bangkok selling photocopiers. After a long flight he collapsed into the chair of a hotel bar. “I know exactly what you need, Sir” proposed the Thai waitress. She quickly returned with a glass of Krating Daeng (daeng means red, krating is a guar, or very large bison). Whilst the original ingredients were said to contain bull’s testicles, Mateschitz was soon energising, returning to his native Austria with a plan to modify the recipe, and launch his new brand.

Having sold 6 billion cans, the world’s largest energy drink is often called “liquid cocaine”. But the focus is not the ingredients, it’s the possibilities of the brand – how it makes you feel, not what it is. This is where the high adrenalin sports come in. Red Bull Media House makes the movies of each event, on a budget of around $2 million, but sells the movies for much more. There are a regular NBC reality TV shows featuring its stars, online communities, and Red Bulletin magazine. In fact such content is as important as the product in building the brand, so much so that Mateschitz now calls Red Bull a media company.