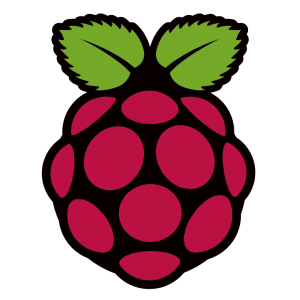 Raspberry Pi  @Raspberry_Pi
@obdriftwood What in the 08:22am
reply retweet favorite

Raspberry Pi  @Raspberry_Pi
RT @ThePiHut:Ever wanted to mount a Raspberry Pi Camera Module to a panel/enclosure but it all went down the pooper because you… https://t.co/4qvKx1SdgR
reply retweet favorite
Load more

Build your own computer gadgets for $25

Eben Upton wants to inspire kids about the potential of computing. With an incredibly simple $25 computer, a cool brand a social movement, he is inspiring the next generation of entrepreneurs. 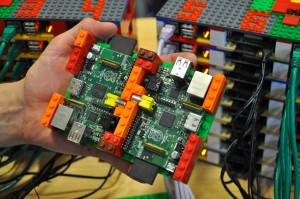 Over one million Raspberry Pi computers have been sold since launched in 2012. The credit-card sized computers have been used in a huge variety of DIY computing projects. One reached an altitude of 25 miles (40km) attached to a high-altitude balloon.

The Raspberry Pi is a simple, small and single-board computer developed at Cambridge University by a team of research scientists, led by Eben Upton. In 2009, he and his colleagues, frustrated by the dwindling number of students in Computer Sciences, founded the not-for-profit Raspberry Pi Foundation to promote the teaching of basic programming skills in schools. In the early days of computing, kids would dismantle their Commodore 64 or ZX Spectrum to learn how it worked, tinker around, and hopefully make it better. Nowadays, laptops are too complex for such antics.

The incredibly simple yet powerful, single-board computer is manufactured through license with Premier Farnell and RS Components, both selling the Raspberry Pi to schools and kids, amateur enthusiasts and entrepreneurs for around $25. It includes an ARM-designed processor and 256MB of memory, but no built-in hard disk instead using an SD card. In 2013, a cheaper version, with less memory, and using less power became available for $25, but still good enough to support solar-powered robotics and sensors. An online Pi Store now stocks a diverse range of components to enhance and extend the initial platform.

Upton thinks Raspberry Pi is a gamechanger. “We bring a low-end desktop computing (and high-end multimedia) experience to a previously unachievable price point, with a business model that permits us to scale into the million-unit-per-year range without working capital issues.

He says there have been three essential components to the venture’s success. “Firstly, technology. We have a great board design using a great chip. Secondly, our business model is efficient and scalable, working through IP licensing rather than manufacturing ourselves. Third, there is zero marketing spend, yet we have incredible awareness through social media, that has led to press coverage worldwide, and particularly the development of Raspberry Pi clubs in schools and online through social media.”

Upton is a reluctant hero, claiming he just wanted to get kids excited about the potential of computers to make life better, rather than just playing games on them. His own hero is Elon Musk at SpaceX. “Doing a lot of the things we’re trying to do, particularly in technology-driven value innovation, but on a much vaster and more impressive scale”.