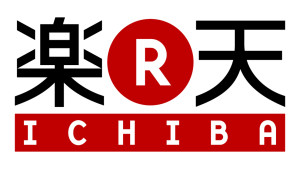 As markets become more fragmented into specialist niches, the economics of local stores gives way to online platforms. With careful focus, small businesses can become global and profitable, without the costs of becoming big.

Rakuten Ichiba is one of the world’s largest online shopping mall. Founded in Tokyo in 1997, it has built a $5 billion global presence through the acquisitions of complementary busineses such as Buy.com in USA, Ikeda in Brazil, Tradoria in Germany and Play.com in the UK.  Whereas other marketplaces may compete directly with sellers, Rakuten empowers merchants to deliver “Omotenashi”, a Japanese attitude to customer service and hospitality, intended to help sellers create lasting relationships with buyers

“Omotenashi” is about creating a non-dominant relationship between a person who’s offering the service and a person who is receiving it. It could be the CEO of a big company, a famous star or an ordinary person, but there’s only one simple relationship between host and guest. An example of the best Omotenashi is when the host anticipates the needs of the guest in advance and offers a pleasant service that guests don’t expect. They should not wait for instructions from their guests, as guests who make their requests directly are considered unsophisticated in Japan.

Rakuten is not like Amazon, more like a mainstream, Japanese version of Etsy. It’s an online mall in the sense that it creates a platform where 30,000 independent retailers set up their virtual shops selling over 1 million different products. Like Amazon builds up rich data-driven profiles of consumers, to anticipate needs and match them with relevant retailers. It has central warehouses from where the retailers goods a centrally collated and then distributed to consumers. Like eBay it has an auction facility. This business model is sometimes referred to as a B2B2B2C model, just like a physical shopping, where retailers are charged a site lease fee, but also commissions on sales.

Tatsuya Abe is Japan’s crab-meat king. His Yamato seafood company based in Shiogama offers the best-quality seafood, in particular the local favourite Alaskan and Russian taraba crab. However his wealthy consumers are niche and dispersed, making the investment in stores unrealistic. Instead he set up a virtual store on Rakuten Ichiba and was able to deliver his premium crab meat overnight. From initial monthly sales of  ¥130,000 ($1500) he has grown his business, with  relentless blogging, and online brand building, to ¥40 million ($45,0000) per month. Abe could not believe the growth, that now makes him one of the world’s largest crab importers. “Japanese people love crab. And Rakuten is a huge market.”

The company’s intent is “to create the number-one internet services company in the world” through continuous innovation, building on the 77 million consumers, who are attracted by online shopping and banking, to investments and travel, entertainment tickets and golf-course reservations.

CEO Hiroshi Mikitani sees two big challenges for Japanese to become a global business – “Englishnization” or adoption of English as the practical language of the world, and  “disgalapagosisation” by which he means an end to Japan’s sense national superiority, which he he believes in increasingly isolating many Japanese businesses.  At the same time, Mikitani has made it his mission to give economic hope to small traders across Japan. “There are so many merchants who could have gone bankrupt without Rakuten Ichiba,” he says. “The kimono industry, for example, wouldn’t now exist without Rakuten.”