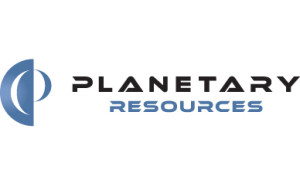 Explorer James Cameron is one of the entrepreneurs behind the asteroid mining company that plans low cost robotic space exploration to find commercial y viable asteroids near Earth. From these, they hope to extract precious metals and water (which can be converted to rocket fuel and oxygen).

To do the “impossible” now

The asteroid mining company. Founded in 2009 by Eric Anderson and Peter Diamandis, Planetary Resources is establishing a new paradigm for resource utilization that will bring the solar system within humanity’s economic sphere of influence by enabling low-cost robotic exploration and commercial development of asteroids. Asteroid mining will open a trillion-dollar industry and provide a near-infinite supply of precious resources to support humanity’s growth both on this planet and off. 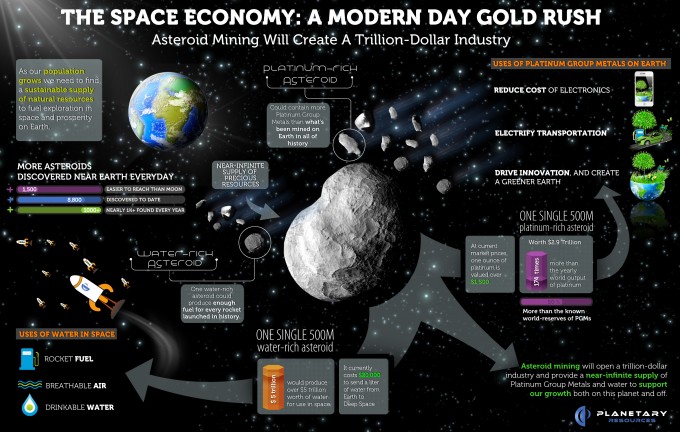 A private spaceflight company took one small step for asteroid mining this week with the launch of its first spacecraft to test technology that may one day help tap into the riches of the solar system.

Planetary Resources first tried to launch a version of the satellite into orbit last October, but that spacecraft was lost when the commercial Antares rocket carrying it and supplies for the space station exploded shortly after liftoff. But a new incarnation, Arkyd 3 Reflight, made it up to the station earlier this year and is now set to begin testing the technology that will be needed on mining spacecraft.

Arkyd 3 Reflight, or A3R as its builders call it, was delivered to the space station in April on a commercial Dragon spacecraft launched by SpaceX. It is the first in a chain of test satellites Planetary Resources plans to send skyward.

“Our philosophy is to test often, and if possible, to test in space,” Chris Lewicki, president and chief engineer at Planetary Resources, said in a statement. “The A3R is the most sophisticated, yet cost-effective, test-demonstration spacecraft ever built. We are innovating on every level from design to launch.”

The spacecraft is small, but mighty: At just 12 by 4 by 4 inches (30 by 10 by 10 centimeters), it will test key systems and control schemes that will allow later craft to land on asteroids to extract water and minerals. Eric Anderson, co-founder and co-chairman of Planetary Resources, said in the statement that the mining technologies could also help monitor and manage Earth’s valuable resources.

Later this year, once the satellite completes its 90-day mission, Planetary Resources will send up another satellite: the Arkyd-6, which will be twice as large and will test even more systems needed for the asteroid-mining process, representatives said.

The new satellite will bring along an infrared imaging system to measure temperatures and help identify and measure water and water-bearing minerals. Researchers will test the system out by measuring areas on Earth to see how it would perform analyzing an asteroid. Eventually, it could be a key step to finding water-rich asteroids. Water extracted from the asteroids could potentially be manufactured into propellant on the fly, because the key components of rocket fuel are hydrogen and oxygen.

“The successful deployment of the A3R is a significant milestone for Planetary Resources as we forge a path toward prospecting resource-rich asteroids,” Peter Diamandis, Planetary Resources’ other co-founder and co-chairman, said in the statement. “Our team is developing the technology that will enable humanity to create an off-planet economy that will fundamentally change the way we live on Earth.”