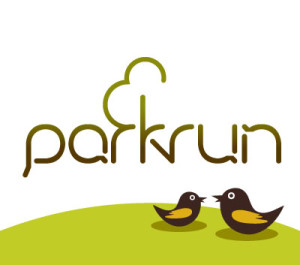 parkrun 🌳  @parkrun
Laoise has learning difficulties, but parkrun enables her to be an active member of the community. The friendships… https://t.co/2o9HN042iI
reply retweet favorite

parkrun 🌳  @parkrun
We went to parkrun and the volunteers made us feel so welcome. What a beautiful course, there was so much to see al… https://t.co/w8r6ONPNXf
reply retweet favorite

The running movement that spread across the world

Parkrun is a beautifully simple concept: turn up every Saturday and run 5km, or if you’re a junior: 2km every Sunday. Over a million people, every week. In Australia, in Russia, in South Africa. Across the world. It doesn’t matter how fast you go. It doesn’t matter what you’re wearing. What matters is taking part. It's free, simple and for everyone.

I live in Teddington, a small town on the south west fringes of London, surrounded by the River Thames and two wonderful royal parks – Richmond Park and Bushy Park. I moved to Teddington from my native Northumberland because of running.

As a 10 year old cross country runner, I remember sending off to the Sweatshop at Teddington Lock for my kit, and years later reading about the world-beating Kenyan athletes who would flock to the small town, and use St Mary’s College as their European based. 25 years ago I moved here, and have run almost every day in the park ever since. Double double Olympic champion Mo Farah grew up here too, and still has a home overlooking the park, and many other champions from Matt Centrowitz to Moses Kiptanui have run many training laps of the local parks, always passing me with a wave and smile!

The only thing Teddington lacked was its own race. On October 2nd, 2004, 13  club runners sought to change that – with the start of a regular 5km time trial around Bushy Park.  They may not have known it at the time, but the Bushy Park Time Trial would develop into “Parkrun”, a free, timed 5km run that now takes place in over 600 parks worldwide and that has developed into a global community of over 1,500,000 runners.

Parkrun has changed the running landscape for good, drawing in people from way outside traditional athletic groups and providing a good reason to get out of bed on a Saturday morning in all the communities it touches. And what’s more, it hasn’t charged any of those runners a penny.

The man behind Parkrun origins and rapidly scaling into the world’s largest run, is Paul Sinton-Hewitt:

“From day one, I never wanted parkrun to compete with the clubs and I didn’t want it to compete with the races. I just wanted to be a part of the community. My objection to clubs and governing bodies is that they feel they own you and they can direct you to do things, and in fact, that’s not true. People do what they want to do. All we are doing here is building a playground, and if you want to come and take part, you can. People have recognised that it’s free in every sense of the word – it’s not just that you don’t have to pay, but you’re not signing your life away either, there are no terms and conditions, just the same obligations you’d have as a citizen walking down the street.”

“So how did it start? Well, in 2004 I got fired from a job, and at the same time, I also got injured. All these things conspired to make it possible for me to start the first parkrun. Circumstance. It had been on my mind for quite a few years – I was a club runner, I enjoyed club running, and you always depend on people volunteering, so I knew my time would come, I just didn’t know when. So October 2004, 13 runners met up here in Bushy Park, and I think I knew ten of the 13.

“For the next two and a bit years it was all about Bushy Park. A lot of people were coming but they weren’t the people I expected – they weren’t the racers and the club runners. Those people came too, but they brought their partners and children. There was a lot of positive feedback and a lot of people asked for more locations. It was 2007 when we started our second parkrun, and that was Wimbledon Common (about five miles from Bushy Park). In that year we went from one parkrun – Bushy – to five. Wimbledon, Richmond, Banstead, Leeds Hyde Park… the first three were all my mates, then Leeds, that was Tom (Williams, co-host of the Marathon-Talk podcast and parkrun’s UK Managing Director). He saw something in Runners’ World – I’d won some award, I can’t remember what for (it was the Runner’s World ‘Heroes of Running’ award for philanthropy) – and he saw the write-up. As part of his work at the University, he’d been tasked with finding some event where the students could engage with the local community, and he thought parkrun would work. He phoned me, came down to see me and I gave him everything so he could become part of the family.”

“We’ve doubled every year. One to five, five to 15, 15 to 35 and so on. People asked me in those days ‘What’s your goal?’, and I’d say, well, I think there should be a parkrun in every community. I didn’t really think it would be me who would be making that happen. It’s so simple, it should just exist. To my mind I never thought we needed to do this for the sake of athletics or for one particular group. Running is so close to walking that pretty much everyone can do it. My view at the time was that there should be no kind of Big Brother authority looking over everything we do, it was more about making it available to everyone. Right from the word go we refused to call it a race, it was a run, and we said you can run with your dog and you can push a buggy. I think those things together made it possible for people who traditionally felt excluded from competition to feel included. And it is fantastic, and if you look at the stats – and this differs from country to country – but if you look in the UK, about 51% of people who are registered on the website are women, and 49% of people taking part each week are women. That compares to around 40% female participation in most running events.”

“In the beginning I funded everything – I went to work, I took half my salary and I put it into parkrun. In the last ten years parkrun has cost in excess of £3m. We got our first sponsorship in 2009 then in 2010 we partnered with Lucozade and Nike. This is a business in every sense of the word, we employ people, we have obligations, we have costs that are quite large and our websites are as professional as most organisations. We do the best we can to make sure this isn’t Mickey Mouse. Now we have relationships with third parties like PruHealth and we get grants from organisations like the London Marathon – we also have a shop where we’re now trying to sell some stuff, but we try to make sure that all of our commercial activities are as low-key as possible so that they don’t invade the trust runners have in parkrun.”

“Volunteering is a very serious and difficult business. It’s not like employing people directly. The key for us is that our events are very short. It’s easier to engage someone as a volunteer for an hour than it is for three or four hours. However, I think the other key thing is that when we started this, we said we would always go for coffee afterwards, and that act of going for coffee creates a sense of community that encourages other people to get involved. I think it’s liberating for a lot of people. I started this parkrun because I wanted to do something for my community. For every one of the next 542 events, there has been at least one person who has wanted to do the same – they wanted to do something for their community so they came forward and volunteered. Of course, we make it easy for them, but ostensibly, their actions are the same as mine and what happens is, people identify with that and they want to join in.”

“Then there’s the athletic side to the community too. I was thinking about that this morning – am I going to go for the 20 or am I going to go round in 21 and a half again (Paul ran 20:43, and boasts a parkrun pb of 18:22). You do it every week. I have so many inspirational stories from parkrun. As I sit here in Bushy Park I remember a father running with his son when his son was about eight years old. His son had some sort of back complaint so he would run bent over double, and it would take them maybe 45 minutes to get round the course. I saw a picture in a newspaper a couple of weeks ago where this son who’s now 18 or 19, won a local race. He’s standing completely straight and he’s winning, it’s absolutely inspiring, and there are so many stories like that – and plenty more to come.”