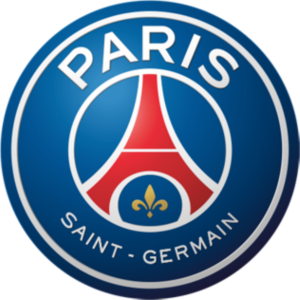 A new brand to dream bigger

Paris Saint-Germain, one of Europe’s youngest soccer clubs and the only major team in Paris, has been transformed on and off the pitch in recent years.

Qatar Sports Investment bought PSG and gave Dragon Rouge a two pronged challenge. Revamp the brand’s position in the eyes of Parisians, and engage a broader global audience with PSG, and by association, Qatar itself.

PSG was focussed too narrowly on a small (and shrinking) hard-core support base. It is now a showcase of how to build a sporting brand for a global multi-media audience, whilst not forgetting its roots.

Signing the likes of David Beckham for a time in 2013, and more recently Zlatan Ibrahimovic, PSG now has an unassailable lead in Ligue 1 in France and is making an impact on the world’s most popular sport.

After Qatar Sports Investments bought the club in 2011, the project’s aim was to reflect their vision to make PSG one of the best clubs in Europe, and to create a brand that sits in a global arena next to global sports brands such as Manchester United, the New York Yankees and the LA Lakers. The key to this is Paris itself; the city of light, the city of sophistication. Starting with the central brand element – the logo – “Paris” is emphasised above the Eiffel Tower, creating a stylish, compact mark that has been crafted in 3D as well as the flat graphic version to work across the many applications.

Chairman Nasser Al-Khelaifi said “The evolution of the Paris Saint-Germain logo marks an important stage in implementing our ambition.”

The brand has evolved to reflect the style and elegance of Paris itself, the club has taken this concept to all levels, on and off pitch, from the sleek offices to the players exuding a confident Parisian style. Launched in June 2013, it’s already changing attitudes to the game in Paris with a sense of spectacle that you expect from the city of light. With the stadium rarely having an empty seat, it seems that the PSG story has only just begun with plans to expand it to 60,000. And while the club is dominating the scene in France, the fans (and the team) are ‘dreaming bigger’ for the future.

The project has widened the club’s appeal, PSG now have 32,500 season ticket holders – more than they have had at any time in the club’s history. They are expanding the stadium to meet demand, and most tellingly, there are more family season ticket holders than ever before. The brand continues to climb sports power brand rankings and has a broader and more global engaged audience.