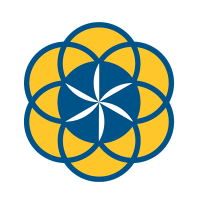 The world's largest solar farm, in the Moroccan desert

OSPS, also called Noor Power Station (نور, Arabic for light) is a solar power complex located in the Drâa-Tafilalet region in Morocco, 10 km from the town of Ouarzazate. The entire Solar Project is planned to produce 580 MW at peak when finished and is being built in three phases.

Total project expected to cost $9 billion, and cover an area of 2,500 hectare. The plant will be able to store solar energy in the form of heated molten salt, allowing for production of electricity into the night. Phase 1 comes with a full-load molten salt storage capacity of 3 hours. The planned Phase 2, due to open in 2017 and 2018 will store energy for up to eight hours.

The minibus crosses the vast plateau on a newly paved road. Cracked fields stretch away towards the Moroccan desert to the south. Yet the barren landscape is no longer quite as desolate as it once was. This year it became home to one of the world’s biggest solar power plants.

Hundreds of curved mirrors, each as big as a bus, are ranked in rows covering 1,400,000 sq m (15m sq ft) of desert, an area the size of 200 football fields. The massive complex sits on a sun-blasted site at the foot of the High Atlas mountains, 10km (6 miles) from Ouarzazate – a city nicknamed the door to the desert. With around 330 days of sunshine a year, it’s an ideal location.

As well as meeting domestic needs, Morocco hopes one day to export solar energy to Europe. This is a plant that could help define Africa’s – and the world’s – energy future.

Of course, on the day I visit the sky is covered in clouds. “No electricity will be produced today,“ says Rachid Bayed at the Moroccan Agency for Solar Energy (Masen), which is responsible for implementing the flagship project.

An occasional off day is not a concern, however. After many years of false starts, solar power is coming of age as countries in the sun finally embrace their most abundant source of clean energy. The Moroccan site is one of several across Africa and similar plants are being built in the Middle East – in Jordan, Dubai and Saudi Arabia. The falling cost of solar power has made it a viable alternative to oil even in the most oil-rich parts of the world.

Noor 1, the first phase of the Moroccan plant, has already surpassed expectations in terms of the amount of energy it has produced. It is an encouraging result in line with Morocco’s goal to reduce its fossil fuel bill by focusing on renewables while still meeting growing energy needs that are increasing by about 7% per year. Morocco’s stable government and economy has helped it secure funding: the European Union contributed 60% of the cost for the Ouarzazate project, for example.

The country plans to generate 14% of its energy from solar by 2020 and by adding other renewable sources like wind and water into the mix, it is aiming to produce 52% of its own energy by 2030. This puts Morocco more or less in line with countries like the UK, which wants to generate 30% of its electricity from renewables by the end of the decade, and the US, where President Obama set a target of 20% by 2030. (Trump has threatened to dump renewables, but his actions may not have a huge impact. Many policies are controlled by individual states and big companies have already started to switch to cleaner and cheaper alternatives.)

Due to the lack sun on the day I visit, the hundreds of mirrors stand still and silent. The team keeps a close eye on weather forecasts to predict output for the following day, allowing other sources of energy to take over when it is overcast.

But normally the reflectors can be heard as they move together to follow the Sun like a giant field of sunflowers. The mirrors focus the Sun’s energy onto a synthetic oil that flows through a network of pipes. Reaching temperatures up to 350C (662F), the hot oil is used to produce high-pressure water vapour that drives a turbine-powered generator. “It’s the same classic process used with fossil fuels, except that we are using the Sun’s heat as the source,” says Bayed.

The plant keeps generating energy after sunset, when electricity demands peak. Some of the day’s energy is stored in reservoirs of superhot molten salts made of sodium and potassium nitrates, which keeps production going for up to three hours. In the next phase of the plant, production will continue for up to eight hours after sunset.

As well as boosting Morocco’s power production, the Ouarzazate project is helping the local economy. Around 2,000 workers were hired during the initial two years of construction, many of them Moroccan. Roads built to provide access to the plant have also connected nearby villages, helping children get to school. Water brought in for the site has been piped beyond the complex, hooking up 33 villages to the water grid.

Masen has also helped farmers in the area by teaching them sustainable practices. Heading towards the mountains, I visit the Berber village of Asseghmou, 30 miles (48 kilometres) north of Ouarzazate, where a small farm has now changed the way it raises ewes. Most farmers here rely on their intuition alone but they are being introduced to more reliable techniques -such as simply separating animals in their pens – which are improving yields. Masen also provided 25 farms with sheep for breeding purposes. “I now have better food security,” says Chaoui, who runs a local farm. And his almond tree is thriving thanks to cultivation tips.

Even so, some locals have concerns. Abdellatif, who lives in the city of Zagora about 75 miles (120 kilometres) further south, where there are high rates of unemployment, thinks that the plant should focus on creating permanent jobs. He has friends who were hired to work there but they were only on contract for a few months. Once fully operational, the station will only require about 50 to 100 employees so the job boom may end. “The components of the plant are manufactured abroad but it would be better to produce them locally to generate ongoing work for residents,” he says.

A bigger issue is that the solar plant draws a massive amount of water for cleaning and cooling from the local El Mansour Eddahbi dam. In recent years, water scarcity has been a problem in the semi-desert region and there are water cuts. Agricultural land further south in the Draa valley depends on water from the dam, which is occasionally released into the otherwise-dry river. But Mustapha Sellam, the site manager, claims that the water used by the complex amounts to 0.5% of the dam’s supply, which is negligible compared to its capacity.

Still, the plant’s consumption is enough to make a difference to struggling farmers. So the plant is making improvements to reduce the amount of water it uses. Instead of relying on water to clean the mirrors, pressurised air is used. And whereas Noor 1 uses water to cool the steam produced by the generators, so that it can be turned back into water and reused to produce more electricity, a dry cooling system that uses air will be installed.

These new sections of the plant are currently being built. Noor 2 will be similar to the first phase, but Noor 3 will experiment with a different design. Instead of ranks of mirrors it will capture and store the Sun’s energy with a single large tower, which is thought to be more efficient.

Seven thousand flat mirrors surrounding the tower will all track and reflect the sun’s rays towards a receiver at the top, requiring much less space than existing arrangement of mirrors. Molten salts filling the interior of the tower will capture and store heat directly, doing away with the need for hot oil.

Similar systems are already used in South Africa, Spain and a few sites in the US, such as California’s Mojave desert and Nevada. But at 86ft (26m) tall, Ouarzazate’s recently erected structure is the highest of its kind in the world.

Other plants in Morocco are already underway. Next year construction will begin at two sites in the south-west, near Laayoune and Boujdour, with plants near Tata and Midelt to follow.

The success of these plants in Morocco – and those in South Africa – may encourage other African countries to turn to solar power. South Africa is already one of the world’s top 10 producers of solar power and Rwanda is home to east Africa’s first solar plant, which opened in 2014. Large plants are being planned for Ghana and Uganda.

Africa’s sunshine could eventually make the continent a supplier of energy to the rest of the world. Sellam has high hopes for Noor. “Our main goal is to become energy-independent but if one day we are producing a surplus we could supply other countries too,” he says. Imagine recharging your electric car in Berlin with electricity produced in Morocco.

With the clouds set to lift in Ouarzazate, Africa is busy planning for a sunny day.