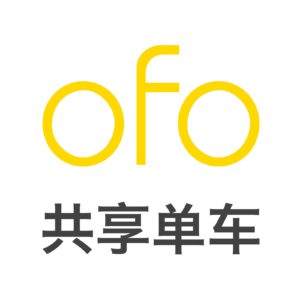 Dai Wei founded Ofo with his fellow Peking University cycling club members in 2014. At the time they only had 400 yuan ($60) in the bank. Three years later they had created a business worth $2 billion, and expect to be profitable by 2018.

Ofo’s business model has attracted big-name investors like Alibaba and Chinese car-sharing giant Didi Chuxing. It rides a global bike-sharing boom seen across the world in recent years. In China alone, there are at least six major bike-sharing companies. Another Chinese bike-sharing start-up Mobike, which launched in 2015, is also valued at more than $1 billion with investors like Tencent.

But the journey has not been an easy one. Dai Wei’s family and friends were initially sceptical of his vision. His teachers, classmates, and even his parents, didn’t believe he could survive long. “They told me, ‘if you put the bikes on the streets, all the bikes will be stolen in three days. So you won’t be able to survive for three days.”

“Every time I came home, my parents and I would have a long conversation about whether I should get an internship in some big company, or apply for a full-time job or start a business. We talked about it until the end of last year,” he said.

The streets of many big Chinese cities like Beijing are clogged with hundreds and thousands of brightly-coloured bikes, which are mostly provided by the various bike-sharing apps trying to increase their market share.

Despite tightened regulations, the cut-throat race to win over users to the app is still a numbers game – and Dai Wei has devised a plan to win. He sees Ofo’s future as a platform for other bike-sharing companies to manage their business.

An example would be in Hangzhou, where Ofo is working with a local bike-sharing company called Qibei. In the city, people can use Ofo’s app to scan and unlock Qibei’s bikes. “Ofo is going to be like Android,” Dai Wei predicted.

“We will provide the standard API to different local bike sharing companies. We have the management system ability because we manage six million bikes now, and no other companies can manage that many bikes and they don’t have experience.”

The Ofo platform is easy to use. After downloading the mobile phone app, users may scan the QR code or enter the plate number displayed on each bike to receive a passcode and unlock it. Our bike-sharing system requires no docking stations, providing significant flexibility for users to find and return bikes anywhere, anytime.  Once they reach their destination, the user may park the bike anywhere that is legitimate, convenient, and easy for the next user to access.

Ofo’s mission is to solve the “last mile” problem of urban transportation, helping commuters and travelers get to exactly where they need to go by making bikes accessible to everyone.

But Ofo does more than help commuters and travelers access bikes for getting around their cities. As a partner of the UN Development Programme, they are focused on achieving Global Sustainability Goals and promoting green and healthy living, and have also launched a partnership with Rihanna’s Clara Lionel Foundation to provide bikes and scholarships for schoolgirls in Malawi.