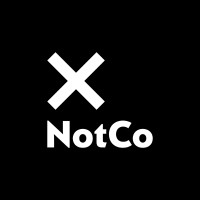 For people who believe eating healthier should be effortless and tasty, The Not Company (NotCo) is a foodtech business, that reinvents animal-based foods using only plants. Unlike traditional food businesses, NotCo uses technology to recreate the same products we love to eat in a natural, sustainable and affordable way, keeping it functional, easy to use and mouthwateringly delicious.

The food we love to eat, reinvented.

“When we discovered removing animals from food production would protect the planet. We didn’t ask why? We said, Why Not The solution was simple, create an algorithm called Giuseppe, who could learn infinite combinations of plants to replicate animal products- to make them sustainable and taste even better.”

Did you know that the right amounts of pineapple and cabbage would taste like milk?

It might sound unlikely, but it is a pairing determined Giuseppe, a powerful AI system, developed by NotCo, and it could be the future of a business already valued over $1 billion.

The company has become Latin America’s fastest-growing food company, in large part because its plant-based ‘NotMeat’ products have been incorporated into the increasingly popular vegan options sold in Burger King and Papa John’s pizzerias in Chile. NotCo and Burger King’s collaborative plant-based burger, the ‘Rebel Whopper’, is outperforming Impossible Foods on per-store sales figures according to TechCrunch.

What sets NotCo apart from plant-based competitors like Impossible Foods or Beyond Meat is the company’s use of AI. Guiseppe, the name of NotCo’s algorithm, has a vast taxonomy of plant ingredients from which to find the ideal combinations that will recreate products at the molecular level to closely mimic the taste, texture and behaviour of existing meat and dairy foods.

For example, the company’s ‘NotMilk’ product, created by combining just the right amounts of pineapple and cabbage as decided by Guiseppe, heats, foams and freezes just like cow’s milk — something that is seen as a weakness of many of NotCo’s competitors.

The company raised $85m from its Series C funding round in September 2020 with investors including challenger brand VC fund The Craftory and Jeff Bezos’ venture fund Bezos Expeditions. The latter investment is likely to help the company’s distribution through the Bezos-owned channels of Whole Foods and Amazon.

The new funding powered NotCo’s launch into the US market in November 2020, initially with just two products; ‘NotMilk’ Whole and a reduced-fat version. But with Oatly increasingly taking share of alternative milks in the US and Impossible Foods tipped to launch its own plant-based milk in 2021, an already crowded market will soon be overflowing.