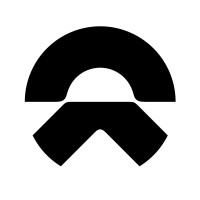 NIO  @NIOGlobal
On January 18, 2023, NIO was recognized in Corporate Knights' Global 100 for the first time and ranked first among… https://t.co/IKqBPPAus7
reply retweet favorite

Nio has become a pioneer in the premium smart electric vehicle market, but is also developing an ecosystem to deliver a broader lifestyle brand proposition and community. The Shanghai-based company was founded in November 2014 with a mission is "to shape a joyful lifestyle".

“Life is food, music, exploration. Life is being together, living well, learning. Life is where you go, how you dress, the joy you feel. To shape a joyful lifestyle.”

Nio designs and manufactures high-performance premium electric vehicles. But, unlike its competitors, Nio really is a lifestyle brand, rather than a typical speed-loving, rubber-burning auto brand.

This is an auto brand that partners with over 500 of the world’s top fashion and industrial designers, that shows at Beijing Fashion Week, that indulges in a food lab, that celebrates its own vintages with an online bar. This is a brand that is truly people rather than product-centric, that is about the future more than today.

It is also one of the most interesting, fastest growing, and valuable companies in the world.

Nio was co-founded in 2014 by William Li (also known as Bin Li) and has received investment from Tencent and Baidu, driving it to the top of China’s fast-growing domestic EV market.

William Li has been called the “Elon Musk of China”.

Born in August 1974 on a dairy farm in Anhui province, Li grew up in modest circumstances. His parents began saving for his college education when he was seven years old, and he later worked part-time to support his family. Li attended Peking University where he received his bachelor’s degree in sociology as well as a minor in law.

Similar to Musk, he has either founded or invested in more than 40 companies in the tech and automotive industries, including the bike-sharing platform Mobike.

He launched his first internet-based start-up at the age of 21 in 1996. In 2000, he founded his first major company, Bitauto, which provided web content and marketing services for China’s automotive industry. He gained a broad understanding of the auto market as a Bitauto reporter, interviewing high-profile movers and shakers in the industry.

The company went public on the American Stock Exchange in 2010 and was valued at over US$1 billion. Bitauto’s success propelled Li to stardom and he became one of the most influential entrepreneurs in China. He served as the CEO and chairman of the company for 13 years and sold Bitauto in 2013.

With a passion for cars, and inspired by the success of Chinese tech brand Xiaomi, Li began laying the groundwork to launch a new automobile manufacturer.

After receiving $2.1 billion investments from major tech companies such as Tencent, Baidu and Lenovo, Li founded Nio in 2014, his fourth start-up.

By 2016, it had debuted its two-door sports car, Nio EP9, at the Saatchi Gallery in London. Six EP9s were sold to investors for £2.5 million (US$3.2 million) each and the EP9 went on to set fastest lap records for an electric vehicle at various race circuits around the world.

The compamy went public in September 2018 on the New York Stock Exchange. Li owns just under 14% of stock.

Like many start-ups, making huge tech investments in advance of launch, the business was on the verge of bankruptcy at the end of 2019 but has staged a remarkable turnaround since then, majorly attributed to the investment by the Hefei government.

Nio’s Chinese name Weilai which means “Blue Sky Coming” which seeks to capture its mission to create a sense of freedom and joy through its autonomous driving solutions, and potentially much more.

China is rapidly becoming the world’s largest EV market – benefiting from government subsidies, consumers leapfrogging to EVs as their first cars, and obviously the huge potential audience size. EV sales are forecasted to breach the value of 6 million by 2025, and Nio, alongside the likes of BYD, are frontrunners to meet this demand. 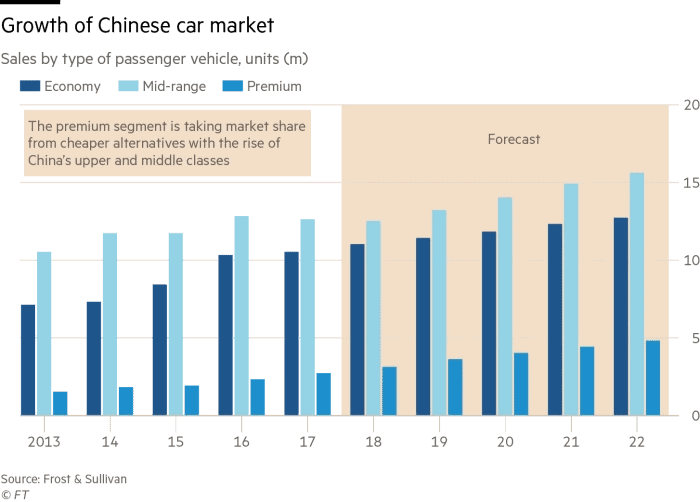 Despite its youth, Nio has grown rapidly by focusing on innovation of the consumer experience, and developing an ecosystem of partners to deliver this, faster and more holistically than most competitors.

Nio focuses on innovation to stay ahead of the curve and has filed for over 300 patent applications in the last five years. These are related to various aspects like communication systems, safety features, lighting, HVAC system, distribution, and electric power conversion. This creates a patent licensing opportunity for the brand. With three research centers in China and one each in the US, Germany, and the UK, it is constantly seekingtechnologically-based advances.

Battery technology – or more specifically Battery as a Service (BaaS), is at the heart of an electric vehicle and generally amounts to at least a third of the EV’s cost. In April 2020, China issued a new regulation, which clearly exempts “battery swap model” vehicles from the “300,000 RMB price threshold for getting subsidies” set by the policy.

BaaS is a subscription model or leasing service that aims to reduce costs for consumers. The consumers who opt for this service can save up to 100,000 Yuan by choosing not to own the battery.

Alternatively, they can pay a battery leasing fee of around 1,280 Yuan per month for six consecutive years and then own it. It allows the consumers to tackle the three-pronged challenge of battery degradation, upgradability, and lower resale values.

Nio Power helps in reducing range anxiety by providing customers a range of mobile internet-based power solutions. “One Click for Power,” i.e., a 24/7 on-call valet charging system, is one such option on the Nio app. It provides a pick-up and drop service for recharging an Nio vehicle within the shortest time based on the best option (Power Swap, Mobile, or Charger).

Nio Power provides services for both home and on-road situations. For home, there are Power Home Plus chargers that enable fast-charging of vehicles. For on-road, Power Swap involves battery swapping, Power Charger, and Power Mobile, which is akin to a portable power bank for a vehicle. The Power Mobile facility provides a charging van at the requested place, offering a range of 100kms after charging for 10 minutes.

Battery swapping technology can be tricky to master, and being first in the market does not guarantee success. Battery swapping was first introduced in 2011 by an Israeli start-up Better Place, which filed for bankruptcy in May 2013.

Tesla launched its Model S in 2013 with battery swapping enabled, but even they ended the initiative by 2015. The technology was a game-changer, but the implementation was anything but easy. NIO has managed to crack the puzzle by creating a Power Grid.

NIO House is an offline channel that fosters a community of Nio users. It functions as a showroom plus clubhouse for users, their family, and friends. The NIO House is divided into 7 areas: a café, library, and living room that cater to the varying consumer preferences. Thus, Nio’s business model focuses on creating a brand community that takes care of the customer experience, word-of-mouth marketing, and brand loyalty.

Nio’s business model is not only about selling electric cars and associated services. As we have mentioned before, Nio is building a community.

NIO Life is a lifestyle brand catering to various segments like apparel, home and living, travel, and bags. So, what makes it different, you ask? NIO has collaborated with over 100 designers worldwide to reuse and restyle vehicle scrap to create lifestyle and fashion products under the Nio Life label. Over 2.6 million Nio Life items have been sold through online and offline channels since 2016.

For Nio, the business model is not just about premium EVs. Instead, it is a blend of EVs with charging solutions (Nio Power), subscription services (BaaS), Nio Life, Nio Spaces, and Nio House.

By offering premium and personalized services, Nio focuses on a long-term strategy to drive sales by creating an ecosystem. It considers the lifetime value that a customer provides rather than a one-time purchase. Most tech companies – from Alphabet, Microsoft, Apple, to Amazon – are proponents of ecosystem strategies.

Norway is one of the most advanced EV markets in the world, thanks to government subsidies and a society that has embraced sustainable change. Nio House Oslo is located at Karl Johans Gate 33, Oslo’s center of commerce and culture, and has a total area of 2,100 square meters, and is the largest user center in Norway. The two-story structure has an upper floor for the display of products and services, and a lower floor for the Nio Cafe, Library, Forum, Lab, Living Room and Joy Camp areas exclusive to NIO users.

“Today marks a significant moment in the history of NIO. Today the very first European users have the opportunity to experience what it means to be part of the Nio community,” says Nio Europe’s CEO Alexander Schwarz

“Norway is our starting point of our journey in Europe and beyond. Our vision is clear: to provide our users with seamless and worry-free services as well as supreme and joyful user experiences. We offer to be their friend and partner on their personal journey to a brighter and more sustainable future. From our NIO Houses, such as the first one in Oslo, through to our battery swap stations, our worry-free Battery-as-a-Service subscription models and our convenient online services, Being part of the NIO community will bring joy, friendship and meaningful interaction.”