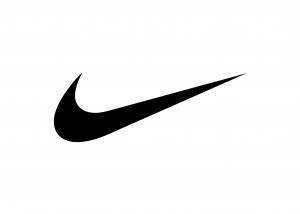 Nike  @nike
@sourtwotone Looks like our friends over at @NikeService have this one covered. You know where to find us if anything else comes up. 🤝
reply retweet favorite

Nike  @nike
@downsr30 "Holy Cow" might be the phrase you're looking for.
reply retweet favorite

Business designed at the speed of the swoosh

Nike is a design and branding business, with a focus on digital technologies and “amplifying nature.” It is about function and fashion, but most of all about athletes and achievement.

Look at the tag inside a pair of Nike shoes. It says “to bring inspiration and innovation to every athlete* in the world” with a footnote explaining the asterix “* if you have a body, you are an athlete”

Steve Prefontaine believed that there were no limits. America’s top miler of 1970s ran with freedom and courage, inspiring future generations. Despite his tragically short life, he remains the brand’s folk hero, not because of his achievements, but for his attitude. Since founder Bill Bowerman first moulded the waffles onto his Tiger running shoes using a waffle iron, and Phil Knight persuaded his girlfriend to create the swoosh logo for $35, Nike has been pushing the limits of what is possible.

Mark Parker understands the passion of the Oregon-based business too. He was a track athlete himself, who joined Nike as a footwear designer in 1979 and slowly worked his way up to replace Knight as CEO in 2006. Whilst there might seem a limit to how much you can innovate a running shoe, once you see it in the context of a runner, Parker claims the potential innovation is endless. And the same with every other activity, competitive or recreational. “I’m a product geek. I’m obsessed with working with product, with the athletes, and to see the potential that exists just with the technology we talked about today is huge. Let alone the things we haven’t talked about” he told a recent investor meeting. 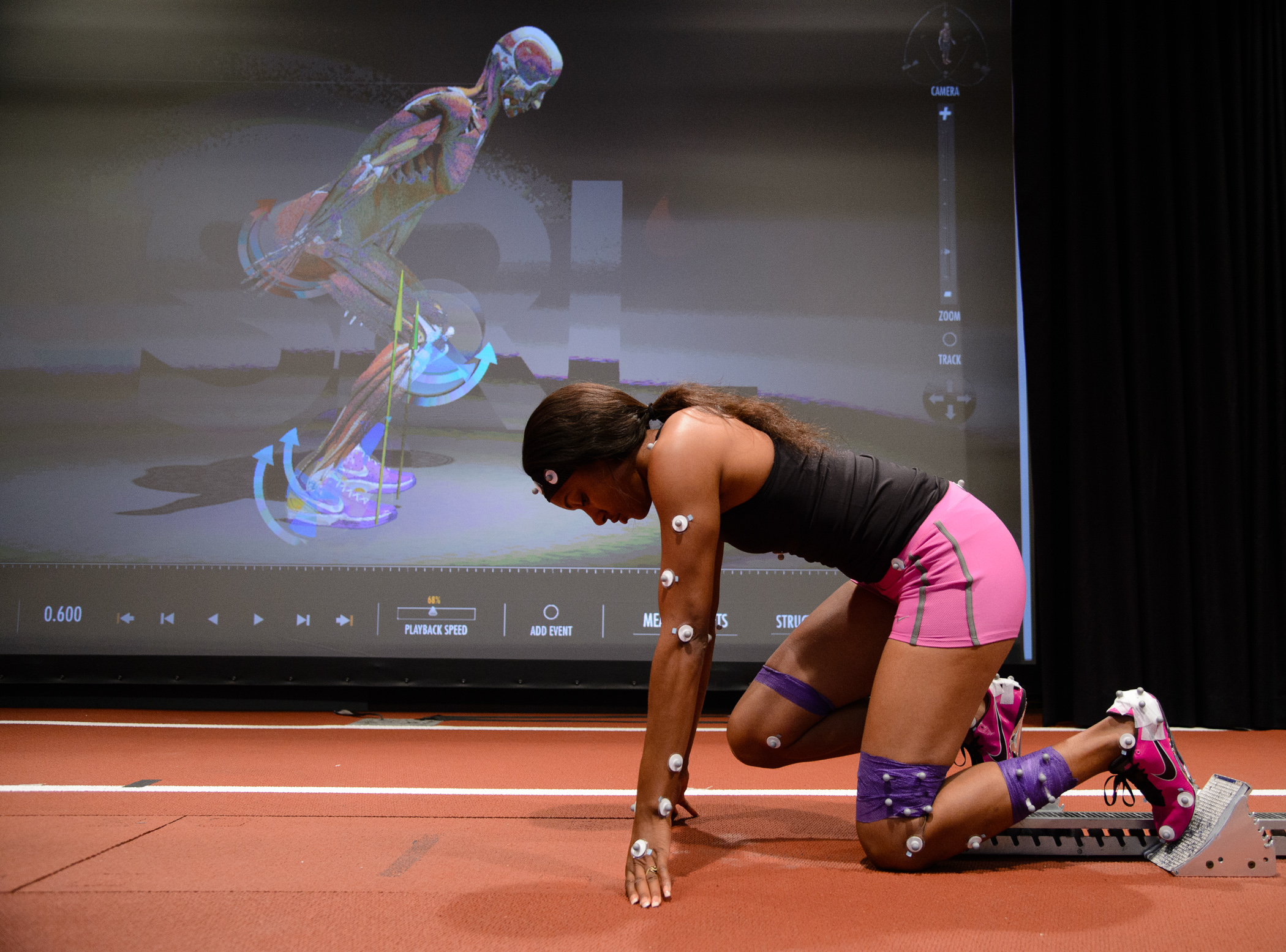 Some of the highlights in Nike’s running shoe innovation timeline include the early waffle sole design, which provided grip and differentiation. Then there was Nike Air, the patented midsole cushioning approach. Then there was Nike+ which was nothing to do with shoes, but a range of technical gadgets to help measure and enhance the run, in partnership with Philips and then Apple. Nike Considered was more of a business process, ensuring that every aspect of sourcing and production is sustainable. Nike Free is about minimalism, taking away the unnecessary cushioning which built up over years, to replicate natural motion. And most recently Nike Flyknit, an entire shoe upper made from one thread, enabling more comfort and lightness.

Parker is CEO but his desk contains no computers, spreadsheets or files. It’s all objects and oddities, tech gadgets and electric guitars, fashion items and artistic scultures. There is even an Andy Warhol, and props from Batman. This is inspiration, to get Nike thinking beyond what they do, beyond their world. He sees a fusion of digital and physical worlds, as demonstrated by Nike+ watches and monitors. The Nike+ Fuelband, for example, is worn through the day measuring the amount of “fuel” consumed, against target levels. It can even link to online games, social media and community. It is a fitness program, computer game and fashion accessory all in one.

“The last thing we want is to be a big dumb company that feels we can put a swoosh logo on something and people will buy that” Parker says in an interview with Fast Company magazine “Things are accelerating. It’s a high-velocity world, we’re digitally connected, everything is changing.” Nike’s management style doesn’t come from a business school tectbook, its more intuitive and fast moving, like the culture of sports. Fast and competitive, where records are there to be broken. And Parker’s own style is to embrace diversity from Olympic athletes to graffiti artists, taking his designer sketch book with him, always working, sharing and building on ideas. 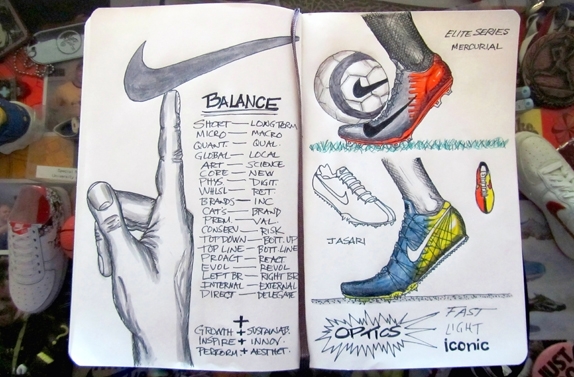 Nike’s biggest challenge, according is where to focus in a world of infinite choices. “We are an idea-rich organization. Never have I seen more opportunity. You don’t always pick the right things, you have to edit and amplify” he says. He see this as perhaps the most important skill of leaders today. Not so much in making the choices, but in creating the pressure and criteria through which to focus, and then the support and resources to amplify. He also sees his role as searching for new ideas, both inside and outside. The best ideas are often raw, in the lower parts of the organisation, uncontaminated. This is how Parker got ahead, with founder Phil Knight one day saw him working on creating little windows in the shoe’s sole, to make the air cushions visible. A $1billion idea.

Pivot points for Nike in “changing the game” of sportswear were:

When Parker arrived in Beaverton, Coe and Ovett were trading world records in their Nike Zoom track spikes. In those days Nike was a niche brand, smaller than Adidas. Today it is 25 times bigger than its rival, and whilst only15% of the company’s $25bn comes from running, it remains the heritage and passion of the brand.