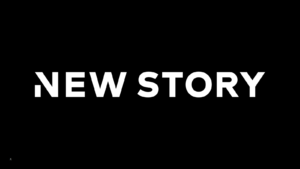 New Story 🏡  @newstorycharity
Families of Escuinapa are facing rising temperatures, a pandemic, and a cartel war — without a home to keep them sa… https://t.co/RumrRXjYss
reply retweet favorite

New Story 🏡  @newstorycharity
RT @eXpRealty:eXp is proud to partner with @NewStoryCharity to build 100 homes for families in need. You can give the gift of hom… https://t.co/acPnm0WCiH
reply retweet favorite

New Story 🏡  @newstorycharity
RT @alexisohanian:Love being a major donor behind @NewStoryCharity because they're at the cutting edge of philanthropy. https://t.co/IbPc3AHcvM
reply retweet favorite
Load more

An estimated 3 billion people will be living without access to adequate shelter by 2050 — a 200% increase over three decades. New Story pioneers solutions to address global homelessness and imagine a world where no human lives in survival mode.

New Story is a homeless charity backed by Y Combinator that works to build houses for people in developing nations, It works with Icon, a robotics construction company to build 3D-printed houses, typically for people who have lost their homes through natural disasters.

The two organizations came together to show that it’s feasibly possible to build an easy-to-replicate house in under 24 hours. They plan to take this proof-of-concept and start producing small houses for families in countries like Haiti and El Salvador. The 800-sq-ft house cost around $10,000 to build using Icon’s proprietary Vulcan printer, but the company plans to eventually bring that price down to around $4,000. Theoretically, it could soon print one of the houses in about six hours.

The Vulcan printer is massive (the size of a car wash), but still portable, and excretes a custom blend of concrete that hardens as it’s printed. The concrete is laid in 100 roughly one-inch-thick strands that hold their shape as they harden. Icon cofounder Evan Loomis says that the strength of the printed walls is stronger than typical brick structures after a few days of hardening, although the house is entirely habitable as soon as the printer stops.

After the walls are printed, New Story crew members come in and install windows, a wooden roof, basic plumbing, and electrical wiring which can be drilled right into the walls. The entire setup, including the finishing, takes under a day.

In the future, Icon would like to be able to develop robots that could automatically install the windows after the Vulcan finishing printing, and drones that could spray-paint the exterior walls. It’ll explore the possibility of printing roofs as well, but the technology for suspending concrete as it prints isn’t really feasible yet.

Icon hopes to eventually commercialize its house-printing technology in the US, where housing shortages are reaching severe levels in some larger cities. “Affordability is important,” Loomis said, “regardless of whether you’re in Austin or El Salvador.”

Eventually, families could customise the design, arrange for a printer to come plop down on their land, and have a ready-made house to move into a day later. Or if you don’t like it, build a new one. A bit like the fashion concept of the Swatch watch.