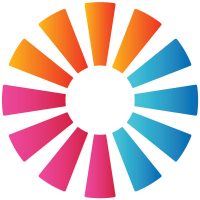 momondo  @momondo
Ever thought about free-falling into the depths of Highland Perthshire or cycling across the Hebrides? Scotland’s i… https://t.co/lZqUHwlu6X
reply retweet favorite

momondo  @momondo
Ok, so most fantasy fans are going to know The Dark Hedges from having caught them in a short but important role in… https://t.co/1Q4a6zcBfL
reply retweet favorite

momondo  @momondo
The most underrated destinations across the USA https://t.co/F6GRBGBnFN
reply retweet favorite

momondo  @momondo
Calculating CO₂ emissions for a given flight is not for the faint of heart — there are many factors that affect a f… https://t.co/N0NhTYIsmx
reply retweet favorite

momondo  @momondo
The travel status of individual countries can change suddenly, and we know it can be hard to stay on top of it all.… https://t.co/NK24yTvH4J
reply retweet favorite
Load more

Momondo was founded in Denmark in 2006 and is headquartered in Copenhagen. As of 2016, the company has more than 200 employees from more than 30 nationalities. When Momondo was first launched in September 2006, it was a flight search engine only. It's inspirational travel blog was launched in 2007. In the same year, the company launched a series of city guides called Momondo places. Momondo is perhaps most famous for its DNA Journey advertising epic that made people rethink about their connectedness in today's world.

Momondo’s vision is of a world where our differences are a source of inspiration and development, not intolerance and prejudice. Its purpose is to give courage and encourage each one of us to stay curious and be open-minded so we can all enjoy a better, more diversified world.

To do this, the search engine has focused on rich, inspiring, human content. Telling great stories of people and their adventures across the world, inspiring people to “stay curious”, to explore and go further. In 2016, this content became remarkable with a project exploring how connected we all are to the world. At a time of social polarisation across the world, it reminded people that we are all citizens of the world.

What is the purpose of The DNA Journey?

The purpose of The DNA Journey campaign is to show that we, as people, have more things uniting us than dividing us. The DNA Journey is part of momondo’s overall vision of a more open and tolerant world. You can read more about momondo’s vision and ongoing activities here: letsopenourworld.com.

How were the participants found?

As is the case with many campaign films, we employed casting agencies to help us find participants. Specifically, we used two agencies. These two agencies sourced participants via their extras databases, their own networks and via online forums. In the process of selecting the participants, momondo was presented with their ethnicity and family history only.

The casting agencies filmed 67 people talking about themselves and where they come from for 10 minutes each. After this, they were asked to take a saliva DNA test. Based on these results, together with the participants’ personal stories, we selected 16 for the shoot in Copenhagen. The criteria we looked at were their ancestry, their perception of themselves and the world, and if there was a surprise element in their DNA results.

Are there actors in the video?

The participants of The DNA Journey appear in their own name and receive their own DNA results. Neither their occupation nor their educational background had any bearing upon their selection.

Participants came from all walks of life and all kinds of occupations. Examples of the participants’ occupations are: secretary, dog trainer, actor, account manager and model. We did not carry out specific research into what kind of profession the participants had – or have had – as they would be appearing as themselves.

However, because of the great interest in the participants’ possible acting experience, we have since investigated how many have more or less experience acting or appearing as extras before. This applies to 10 of the participants. The only professional actress purposely cast was the role of the female interviewer. The background audience was bolstered with extras whom we did not DNA test.

Were the film’s participants told how to react to their DNA tests?

The participants in the film were not cast to act, and what they say in the film are their own words and thoughts. They were interviewed about their personal relationship to their ancestry and nationality, and later shown the result of the DNA analysis that was made a few weeks earlier.

Before the reveal of the DNA results, the contestants were very excited about their results and we talked with them about the fact that they were welcome to express this in the film. The participants were not directed individually in how to react or what to say about their DNA results.

Did the participants receive payment for their appearance?

As is normal practice in the production of an advertisement, participants were paid for both their appearance and rights.

How was the advertisement shot?

The campaign film was shot in a music venue, Vega, in Copenhagen from April 6th to April 8th 2016. While an intertitle in the film states, “Two weeks later”, all of the participants carried out their DNA test before the shoot. This is a modification we made for the sake of storytelling. Similarly, the spitting scenes were shot when the entire crew was together in Copenhagen for logistical reasons. During the shoot, participants were first interviewed about their views on their own nationality and other nations, and then presented with the results of their DNA test.

Were there any retakes in the film?

Yes. When a campaign film is shot, there can be multiple reasons for retakes, such as problems with the sound, an unclear image, people mumbling or the lighting being wrong. The important thing for us was to capture the spontaneous reactions when participants saw their DNA results for the first time. The participants only opened the envelope once and the film contains the reactions from that take. This is also why we used four cameras to ensure that we captured the reaction on film.

Is the story about two participants being related real?

Yes, the story is real and they were both overwhelmed when they found each other. We think it is a good story and they both shared it with their families after the shoot. The two participants are distant cousins. When you test your DNA with AncestryDNA, our partner for this campaign, you can check whether or not there are any distant cousins registered in AncestryDNA’s database. It was a pure coincidence that two out of the 67 people tested were related.

Who conducted the DNA tests in the film?

AncestryDNA carried out the tests. In the test you learn about your DNA based on 26 regions worldwide. AncestryDNA gives ethnicity estimates that map back to broad geographical regions, often including one or more countries.

AncestryDNA was able to provide each participant with a more detailed DNA map than the average taker of their DNA test, because the participant selection process had provided them with a greater understanding of each participant’s family history, surname and ancestral background.

How have the participants felt since the film was shot?

Many people have asked what reactions the participants have had since the shoot. Here are three participants’ testimonials.

‘Thank you so much for the amazing opportunity to be a part of your project. It was one of the most incredible experiences of my life. I am so grateful to have lived that experience, grateful for the way it changed me and how it is shaping my work as an artist today. Grateful for the journey into myself and for seeing others uncovering their beautiful journeys while carrying a bit of my own. I feel invincible, ageless and ready to face what the future holds.’

‘It was a profoundly emotional experience, and made me question who I am and who I thought I was. My family and friends were inspired by my journey, and loved the idea behind the campaign! Many of them are now desperate to undergo their own tests to discover their origins.’

‘I feel eager, impatient, excited, motivated, grateful, surprised, overwhelmed and filled with beautiful energy after the experience we’ve lived together in the studio.’