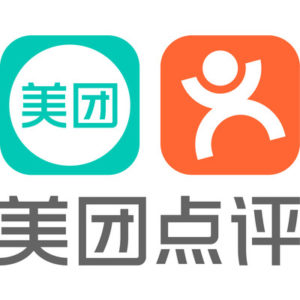 Meituan  @meituan
“We firmly believe that consumer confidence will eventually recover as the pandemic passes, and our businesses that… https://t.co/UYZ0LrWK1b
reply retweet favorite

Meituan  @meituan
“We have witnessed that the consumer mindshare of Meituan as being able to deliver everything to their doorsteps ha… https://t.co/hCoDZpQH2U
reply retweet favorite

Meituan  @meituan
“This quarter, we adhered to our ‘Retail + Technology’ strategy, and provided better services to a broader range of… https://t.co/ggRsJz5bON
reply retweet favorite
Load more

Meituan Dianping is China’s largest platform for lifestyle services and products ordered through smartphones. It’s an all-in-one app for food delivery, movie tickets, restaurant reviews, group discounts, among other things, for nearly 300 million Chinese. The Beijing-based company, led by Wang Xing, was created through a 2015 merger of two archrivals, Meituan and Dazhong Dianping, which were backed by Tencent and Alibaba, respectively.

Tencent has since become the main backer of the new combined company, while Alibaba cut its stake in Meituan Dianping, and instead invested $1 billion in May in rival service ele.me. Wang told Chinese media that Meituan Dianping’s competition with ele.me would last for a long time, and that neither of either of them should expect to dominate the market anytime soon.

Wang is a 38-year-old entrepreneur with a track record of failure. In 2005, he founded Xiaonei, the first Chinese version of Facebook, but was forced to sell the business in less than a year after running out of cash. In 2007, he cloned Twitter to launch Chinese microblogging site Fanfou, which was later shut down by the government amid ethnic riots. In 2010, he founded Meituan as a group-buying site similar to Groupon. The story took a different turn from here, to be sure.

“We help people eat better, live better” is a slogan Wang created for Meituan. He told Chinese media that the company will keep expanding into news areas that fufill this mission. “I don’t think I have to set limits on myself,” he says.

Meituan is now developing  artificial intelligence and drone-delivery technologies, and it also intends to launch its own offline retail stores and a ride-hailing service—a surprising move considering Didi pretty much has a monopoly in China’s car-sharing market.

Fast Company ranked Meituan Dianping as the World’s Most Innovative Company in 2019.

The magazine said, in the first half of 2018, Meituan Dianping—a Chinese tech platform that expedites the booking and delivery of services such as food, hotel stays, and movie tickets—facilitated 27.7 billion transactions (worth $33.8 billion) for more than 350 million people in 2,800 cities. That’s 1,783 Meituan-enabled services every second of every day, with each customer using it an average of three times a week.

Meanwhile, in Southeast Asia, Grab, the Singapore-based ride-hailing company, forced Uber out of the region in 2018 and acquired its local operations. A few months later, it expanded its app to offer its 130 million users not only food delivery and travel booking, but also financial and other services. These efforts helped Grab hit $1 billion in revenue in 2018 and attract more than $3 billion in fresh funding to expand. Later this year, it’ll add healthcare services from Ping An, the Chinese digital health giant.

Both Meituan and Grab are what’s known as transactional super apps, amalgamations of lifestyle services that connect hundreds of millions of customers to local businesses. “We want to help millions move through the economy and up the social ladder,” says Grab cofounder Hooi Ling Tan. They may not be well known in the U.S., but Meituan and Grab are changing the lives of hundreds of millions of consumers and millions of merchants with highly complex operations disguised as simple transactions—elegant tech to enable real-world experiences.

Meituan, which views food as its core offering, is skilled at leveraging its data regarding users’ consumption habits, including price sensitivity, to recommend other things they’ll like. “Our strategy in integrating different businesses,” says Xia Huaxia, Meituan’s chief scientist, “is to attract a large volume of users with high-frequency services, and then push forward some low- and medium-frequency ones like haircuts and marriage services.” Grab uses transportation data to figure out what services to roll out next. “We’ve been bringing users to these businesses,” Tan says. “Now they can come to you.”

Success for a transactional super app requires what Xia calls “a culture of long-term patience.” Meituan is competing fiercely with Alibaba, and although its revenue in the first half of 2018 was $3.8 billion, the company has sustained significant losses as it pursues its vision. Grab is fighting with another startup, Go-Jek, in parts of Southeast Asia. In its effort to win, Grab has opted to partner with the likes of Toyota, Microsoft, and Mastercard rather than build everything itself. “We can be smarter and faster by making the platform more open,” says Tan.

Efficiency also drives innovation. Meituan’s Smart Dispatch system, introduced in 2015, schedules which of its 600,000 motorbike riders will deliver the millions of food orders it fulfills daily. It now calculates 2.9 billion route plans every hour to optimize a rider’s ability to pick up and drop off up to 10 orders at once in the shortest time and distance. Since Smart Dispatch launched, it has reduced average delivery time by more than 30%, and riders complete 30 orders a day, up from 20, increasing their income.

Uber was once poised to popularize the transactional super app. Instead, Meituan and Grab—and the companies emulating them globally, from Swiggy in India to Rappi, in Latin America—are leapfrogging ahead to build a new model for the service economy for billions of people.