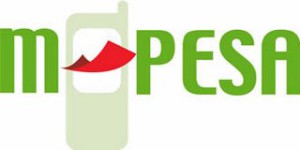 MPESA.US  @MPesa_Money
RT @KopoKopoInc:Lipa na M-pesa is the easiest way to accept business payments. Sign up for a till today at https://t.co/38KnUNmgfp
reply retweet favorite

M-Pesa became the mobile currency of Africa, embracing phones to do more than connect people, and improvising for the lack of infrastructure in fast growing markets.

M-Pesa (M for mobile, pesa is Swahili for money) is a mobile-phone based money transfer system that grew out of “I owe you” text messages promising future payments in a region where banking is still primitive, and credit cards are rare. Developed by Kenya’s mobile operator, Safaricom and also licensed to Vodacom, it offers a fast and easy payment method across Africa.

Such has been its simple but successful development, with over 3 billion M-Pesa accounts registered (that’s almost half the world’s population?!), that it has become the most admired mobile payments system in the developing world, allowing users with an identity card to deposit, withdraw, and transfer money easily with a phone.

Having seen how markets without fixed-line telephones leapfrogged directly to mobile devices, what is interesting here, is how consumers embrace the added value services of their phones faster much more quickly and actively than in developed markets.

Launched in 2007 as part of a Kenyan high school technology project, M-Pesa initially  focused on providing loans to local entrepreneurs from the Safaricom stores. However people quickly started paying back the loans immediately, or getting others to, in the form of payments and transfers. It has quickly been adopted for all kinds of transactions, from paying bills to accessing real bank accounts.

The service now allows users to deposit money into an account stored on their cell phones, to send balances using SMS to other users (individuals or businesses), and to redeem deposits for regular money at the nearest bank, post office, or Safaricom store. Users are charged a small fee for sending and withdrawing money.

Safaricom recently launched a second financial brand,  M-Shwari in partnership with Commercial Bank of Africa, allowing M-Pesa customers to save and borrow money through their mobile phone, earning interest on the money saved. It includes an emergency loan facility at affordable interest rates, unusual for Africa. From a new payment currency, the business has become a liensed bank.

Making life smooth and easy … or “Lainisha maisha na M-Shwari”, as they say in Swahili.