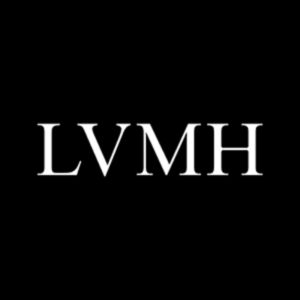 LVMH  @LVMH
RT @Makeupforever:MAKE UP FOR EVER is proud to be part of the “SHOW ME” event bringing together @LVMH Virtuosos and apprentices from… https://t.co/sR1XwoMCKM
reply retweet favorite

LVMH  @LVMH
RT @Chaumet:Chaumet unveils its new coffee-table book, The Soul of Jewellery. A tribute to the virtuosity of jewellers, this bo… https://t.co/d6hWMBbQ7l
reply retweet favorite

The mission of the LVMH Group is to represent the most refined qualities of Western "Art de Vivre"​ around the world. Since its creation in 1987, LVMH has comprised a unique portfolio of over 70 prestigious brands.

The old world was about brand exclusivity and personal service, a boutique store on the Rue St Honoré in Paris, or Via Montenapoleone in Milan. Today’s luxury fashionistas sit online searching from their homes of Los Angeles or Shanghai.

They expect new collections as soon as they are shown in fashion shows, and personalised to their tastes. In particular the rapidly growing markets of Asia see luxury brands as a symbol of progress and status.

Bernard Arnault might be a 70-something Frenchman, but he understands this new world.

CEO of LVMH, the world’s largest luxury goods business, his personal wealth of almost $100 billion makes him the wealthiest man in Europe, and fourth richest in the world, which is not bad for an engineer who joined his father’s construction company at 22 years old.

Within a few years, Arnault already saw the world differently, persuading his father to sell the construction business and move into the real estate market. They created Férinel, a speciality vacation property business, of which he became leader in 1977, just before his thirtieth birthday. During this time, Arnault started to understand the luxury consumer, the power of brands, and how targeting premium niches could be incredibly profitable.

In 1984 he spotted an opportunity to acquire a finance company that had lost its way, but still owned some interesting assets including a rather staid and sensible Christian Dior, and department store Le Bon Marche. He quickly set about refocusing the business, and reenergising its best assets for a changing world.

The rebirth of Dior fuelled his vision and acquisition power in the luxury fashion world, and within 5 years by working with other investors, he had become the largest shareholder in the recently merged Louis Vuitton and Moet Hennesey, becoming the chairman of LVMH in 1989. The New York Times Magazine hailed Arnault a “superstar who has risen spectacularly to become head of the world’s largest luxury-goods company aged just 40”.

In the 30 years that followed, Arnault’s ambition has turned LVMH into the world’s largest luxury goods business, bringing together over 70 brands, or houses, like Givenchy and Fendi, Donna Karan and Marc Jacobs, retailers like Sephora and DFS, and jewellers Bulgari and TAG Heuer. Newer brands include Chinese red wine Ao Yun, as well as Rihanna’s Fenty Beauty range, whilst the oldest brand is wine producer Château d’Yquem, which dates its origins back to 1590.

Arnault has long realised that managing such a large and diverse portfolio requires a delicate balance of financial control and creative independence. Designers like John Galliano and the late Alexander McQueen demanded freedom to create, whilst brands in the group benefit from the long-term financial approach that can nurture brands over time, and support less profitable ones to grow stronger.

He sees LVMH as a family-business, with 4 of his 5 children working in different parts of the organisation, but also seeing all of his employees and brands as part of a long-term relationship. Indeed his motivation is much less about financial results, and much more about brand legacy, saying he is much less interested in quarterly results than he is in brand health and growth. During his leadership, however, has multiplied 20 times in value.

With rapid growth in Asia, but fairly stagnant performance in Western markets, Arnault is acutely aware of the changing global marketplace. In recent years he has accelerated online developments of each brand, often partnering with retail platforms and local businesses. He has also driven rapid growth of brand stores in major cities. With a personal fortune similar to Warren Buffett, his personal investments focus on digital businesses like Netflix and global retailers like Carrefour, keeping him tuned into a changing world.

The French billionaire likes to tell the story of how “Steve Jobs once asked me for some advice about retail, but I said, I am not sure at all we are in the same business.” However Jobs famously went on to say “You know Bernard, I don’t know if in 50 years my iPhone will still be a success but I can tell you, I’m sure everybody will still drink your Dom Pérignon.”