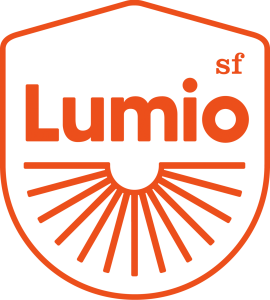 Lumio  @hellolumio
As we mark Lito’s tenth birthday, we feel endlessly grateful to everyone who’s shared their fondness for it over th… https://t.co/bWiwaCzC2B
reply retweet favorite

Lumio  @hellolumio
At Lumio, we believe in the power of design to improve the way we live. Our products, Lito and Teno, combine beauty… https://t.co/bWVR7mK3AV
reply retweet favorite

Lumio  @hellolumio
Celebrate our 10th anniversary with us and discover the journey of Lumio, from a simple lamp to a brand that explor… https://t.co/5Bu9gkF1B9
reply retweet favorite

Jakarta to Kickstarter, Techshop to MoMA

The Lumio lamp is beautiful, stylish, innovative ... practically, it is an LED lighting fixture that folds out of a portable wood hard-bound book and can be placed or hung anywhere.

The Lumio was designed by Max Gunawan, a Jakarta-born designer now living in San Francisco, with a penchant for multi-faceted, multi-functional products.

Gunawan tells his story: “I’ve always been fascinated with objects or architecture that can be transformed into multiple shapes and serve multiple functions. I was inspired by this project called the rolling bridge in London by Thomas Heatherwick (designer of the London Olympic cauldron). There’s something so unexpected to see – what appears to be – an urban sculpture unfold into a bridge. At its core, Lumio represents this very same idea but on a much smaller scale: a beautiful object that unexpectedly transforms into a functional device

I was developing a concept for a modular folding home that you can fit into a compact car. Unfortunately, I didn’t have the capital that I need to develop a working prototype for the folding house. Having read “The Lean Startup,” I pivoted the idea into a smaller scale object that people can enjoy.

I had these folding paper models that I used to carry around in my Moleskine sketchbook. It dawned on me one day that a book would be a great way to package this idea of a collapsible light fixture: it’s compact, has that visceral connection with the idea of a “book that illuminates” and has that unexpected element of surprise”.

At Techshop in San Francisco, Gunawan is showing off his design. At first glance the lamp looks like a simple hard-bound book or journal, but once you open it, the book unfolds several pages of non-tearable paper that are illuminated by an LED light source. When the book is fully open, the LED light shines so bright that it is able to provide a perfect alternative to a traditional lamp. Even better, the hard wood cover is also a magnet, which means that you can attach the lamp to any metal surface. A re-chargeable lithium ion battery keeps the lamp illuminated for up to eight hours between charges.

To kick off production of the Lumio, Max launched a crowdfunding campaign  and the response was  incredible. Max’s initial goal of $60,000 was met within the first 24 hours, and in less than a week, the campaign topped over $200k. The Lumio sells for around $250 and you can choose between three wood finishes: Blonde Maple, Warm Cherry and Dark Walnut. Inside your home, hanging from a tree in your garden, or carried with you, Lumio is a story that reflects our times.

Here are 5 lessons from the development of Lumio which Max Gunawan recently shared in Forbes magazine:

1. Slow and Steady Wins the Race

“I see a lot of my colleagues in business ramp up too quickly. They raise money, sign a lease, hire a bunch of people. But then they’ll say, ‘Oh, shoot. We didn’t have the right distribution. We’re overextended on payroll. We’re impossibly behind on delivering product.’ My mentality was to be conservative, perhaps too conservative. I did a lot of the grunt work, even the installation, myself. I made sure we weren’t taking on too much or hiring too many people. I kept focus where it needed to be, which, recently, was on the new product– a smaller version of Lumio (3 x 5.5 inches) that launches exclusively at MoMA on November 5. Once we’re there, I can think more broadly about next year.”

“When you ramp up at a pace that makes sense, you’re ready when life throws curves. Two weeks prior to Shark Tank, I learned that our factory in China burned down. But we quickly got back on track and by June, we were wrapping production on inventory for the holidays. On Shark Tank, my optimistic valuation was $2.5 million but we made $3 million last year, and hit $3 million again by June of this year. Those are strong numbers but it’s still slow growth compared to a lot of other IOT companies. I’m okay with that pace.”

“It’s hard for a small business to expand but I didn’t want to go with a gigantic distributor. I wanted partnerships that reflected the quality of the product. Nieman Marcus, Cooper Hewitt Museum in Manhattan and Centre Pompidou in Paris, smaller design stores like A+R in L.A. I love simple, clean design. and the Japanese aesthetic and certainly did not want to make compromises as we grew the company. Certain brands maintain integrity in their aesthetic. I like Monocle. They make people, including myself, aspire the Monocle way of living, from publishing, retail and creative…they do it right.

Dyson has such aesthetically beautiful and highly functional products. Muji is simple, affordable, good design for the masses. Those are some of my models.”

“I guess you can say I had a super-early midlife crisis when I turned 30. I was really bored with my architecture career. I said to myself, I can complain about it or I can do something. So I started toying with designs. I began with designs for a modular folding house structure that you could fit into a compact car. The ideas was to make something portable and collapsible that could transform into something else. Ultimately, that plan required too much capital so I pivoted into something smaller. I built my first prototype for Lumio three years ago.”

“I follow trends religiously. Fashion, architecture, art, design, retail. I try to absorb it all as a way to keep track of what people are interested in, what colors are popular, what people are wearing. But when it comes to my own products I think about what I would want to own. We’re working on a product now that in some ways is a folding chair but it’s more than that. When you fold a chair, you put it away. But I wanted an object that you could also mount on your wall, that could absorb sound, and with pops of color. It would be less a chair and more like a Damian Hurst painting. So that’s what I did. I created a modular piece–all round edges, no straight lines or angles–that with one lift of finger, turns into a sculptural chair or table.”

“For Shark Tank (a USA-television competition for entrepreneurs), I flew in from our launch at the Pompidou the day before and hadn’t been preparing that much. They give you guidelines and send you off for a day of to practice and also give you a day of downtime. What happened was, after orientation they told me my appearance was being bumped up, so I had no downtime. I was still jetlagged but it didn’t matter. I know the product so well and I just got straight to the point. I made it simple. I didn’t embellish. Trust me, the Sharks have seen it all. Stick to your personality. If you’re funny, be funny. I’m not funny so I just went out there as me. It’s like anything. To be successful, work your strengths. Don’t be anyone else.”