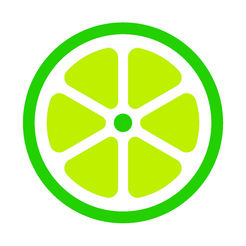 Lime  @limebike
Special thanks to the city of #Düsseldorf for promoting greener transportation options! We celebrated the opening o… https://t.co/nwC0E4TQGQ
reply retweet favorite

Lime  @limebike
"We should reframe the conversation about the future of urban mobility from being car-centric to being carbon-centr… https://t.co/I09eQFPQWE
reply retweet favorite

The eScooter revolution is here

Lime calls itself a tech mobility company. It aims to provide a sustainable solution to the first and last mile transportation problem by helping people move around their cities in an affordable and convenient way while eliminating their carbon footprint. We are here to empower future generations to change their behavior so we can save this planet together.

Bike sharing has burst across the world from its original success in dense Asian cities. Whilst companies like Spin, Ofo and Mobile have had mixed success, Lime (previously known as LimeBike) is taking a different route to launch and growth. Not least because it sees electric scooters as the future.

Lime was launched by Toby Sun and Brad Bao in San Mateo, USA in 2017.

Lime is revolutionizing mobility in cities and campuses by empowering residents with a greener, more efficient, and affordable transportation option that also improves urban sustainability. By partnering with local key stakeholders and systematically deploying a fleet of smart-bikes (regular bikes, electric-assist bikes, and electric-scooters) that are enabled with GPS, wireless technology, and anti-theft locks,

Lime is improving urban mobility by making the first and last mile faster, cheaper, and healthier for riders. Since launching in June 2017, the company has logged over 1.5 million trips, expanded internationally to Europe, and deployed electric scooters, electric-assist bikes, and multiple models of their standard pedal bike. Funded by Silicon Valley’s leading VC firm Andreessen Horowitz, Lime is based in San Francisco, CA.

Lime is now in around 50 cities, plus 10 European cities including Paris and Madrid since its international launch in 2018.

Here’s an extract from a Forbes interview with the founders in early 2018:

LimeBike jumped onto the private bikeshare scene quite fast. Is it really just under a year old?

Sun: This is officially our 11-month anniversary. We founded the company in January of this year, but really started to look at the urban mobility and transportation factor several years back. I have a consumer product background, and a venture capital investment background. So I have experience looking into exciting products like autonomous vehicles, Uber/Lyft, and dock-based bikesharing. I got to look into docklessbikesharing in Q2 of last year. So we founded this company this past January, but we’ve been studying this industry for over a year and a half. We raised our series A in March. We launched our first market in Greensboro, North Carolina in June. We launched our first major market in Seattle in July. And after that we’ve launched in one or more markets every week. In a roughly 3-to-4-month timeline, we’ve gone live in 25 markets, which includes 16 cities and 9 college campuses. This includes big metropolitan areas like Seattle, Dallas, DC and Los Angeles; and schools like Notre Dame, UNC-Greensboro, Arkansas State, etc. We’ve so far seen over ¾ million total rides in only 4 months, and we’ve got over 300,000 registered users.

Contee: What we’re trying to do now is build that system out to our goal of 30+ markets by the end of the year.

What is it that caused LimeBike to grow so fast? Some of your U.S. competitors have been around for several years, but you’ve become one of the industry leaders.

Sun: Having a team together to activate a dockless program from day one was super important. That might take another company half a year or even longer to make that pivot. The reason is that when they first started, the technology was not quite ready. But we’re starting from a new angle.

Contee: Part of the perfect storm for us has come from the business model. Bikesharing 1.0 was the dock-based system. But a dock-based system costs millions of dollars to deploy in cities. As a result, they were limited to large metros that could afford to fund them, or find anchor sponsors for them. But for our new economic model, we don’t have to pay for docks, we don’t have to pay for the kiosks or the fobs, so we can deploy far more bikes for no cost to the city. So we’ve created a system that takes away all of the economic barriers. And this actually opens up the market, meaning it’s not just the large metros we can serve.

How do you decide which cities to open in?

Sun: It’s a combination of things. So when we first got started, the reason we chose UNC-Greensboro–which is not the typical first-launch market for a lot of technology companies–was, Number 1, that they had a present need. They’d been thinking about a bike share system for a long time, but had found the dock-based program kind of limited. Yet the city is committed to building more bike lanes and improving the bike infrastructure. Number 2, they really embraced new technology, which impressed us a lot. Number 3, the UNC-G campus has more than 20,000 staff and students, and the city has 287,000 residents. So they had the population and the density to meet our criteria.

All these things put together, and it’s turned out to be a great first market for us. And that goes for the medium-sized cities with similar combinations, like South Bend. So we started with the small, passionate markets, that will work closely with us and that we also learn from, before we get to the bigger markets.

But even with smaller markets, do you find that there must be a certain minimal population density?

Sun: It varies. Sometimes a super-small market with only 10,000 people can support a program. Key Biscayne, FL, where we launched, only has 10,000 residents; but there are over 1 million travelers going to that market every year. But ideally, we like a 1-to-100 bike-to-person ratio. So that requires a certain level of density over the coverage area for our bikes.

What are the specific challenges of working your way into bigger markets?

Sun: You need a bigger team to manage it. So it turned out that starting in a smaller city was a good thing for us. That way when we come into the big cities, we have a playbook, we have a solid team that has experience dealing with the issues we have seen in smaller markets, and is able to manage a more complex environment.

Which city have you found to be the best market so far, and do you think that answer will change as you expand?

Sun: Seattle has been the best so far, because we have the most bikes there. Dallas is surprisingly good too; in some areas the ridership is even higher than Seattle. Ten years from now, we see it being New York City, San Francisco, DC, Chicago. All these very high-density areas that are suffering from traffic congestion and pollution will be the biggest market for sure.

Have you had any regulatory battles so far, and do you anticipate that heating up as you expand?

Sun: I wouldn’t say it’s a “battle”. I’d say it’s an “ongoing discussion”. Cities love bikes, and cities love bikeshare. But it does take some time to educate them on how this will bring unique advantages to the city.

In some cities that we’ve launched, we have all the officials’ support. We’ll announce the programs with the city councils, the mayors, the DOT directors and the school chancellors in attendance. There are other cities that have been a little slower at adapting to this change. But I wouldn’t say it’s a battle. We are actually seeing the changes way faster than we thought it would be.

You said your goal by the end of 2017 was to expand into 30+ markets. What are your other goals?

What about the long-term goal? Do you want to become the Uber of bikeshare?

Sun: We want to be the LimeBike for, uh…mobility options (laughs). If you ask me what the vision will be in the next 3 to 5 years, we want to become the default short-trip, on-demand service for getting people around cities. After that, we hope to transform form a mobility platform to a lifestyle brand, where people can use one bike to make friends, choose another to stay healthy, choose another to get other things done. So we feel super, super excited.